The SAUG summit 2011 happened at the Thursday after the InnoJam weekend. We got a spot at the last day of the event on August, 4th. The top three teams of the SAP InnoJam got the opportunity to present the prototypes they’ve developed during the weekend. Many of the attendees of the InnoJam didn’t get any rest during the weekend and had to do their regular work, too. But at the end I think nearly all of the team members of the three winning teams showed up.

Of course we wanted to show the HANA server in action and transported it from the UTS Business School to the Sydney Convention Center. The complete technical setup was setup and running half an hour before the presentation started. Unfortunately 5 minutes before the presentation started we’ve had issues with a VPN connection to a server in Europe which made it pretty difficult for some of the teams to show their prototype the way they wanted. But is was all live and at the end all teams made a good presentation of what they developed and what they learned during the InnoJam. 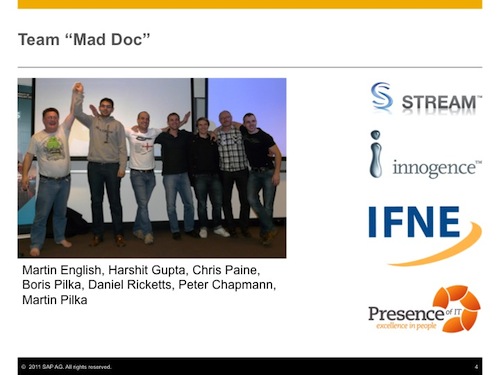 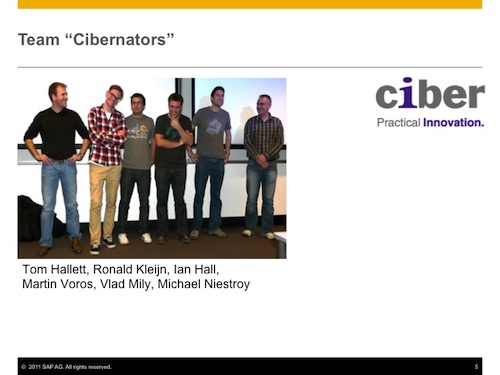 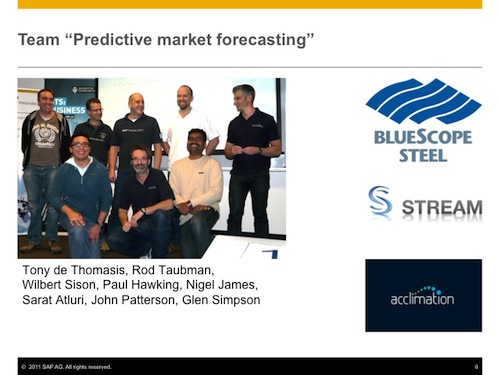 The winning team “Long term forecasting using predictive markets” got a trophy from the SAUG by Grahame Reynolds, one of the jury members and SAUG speaker. Congratulations to the team again from my side. 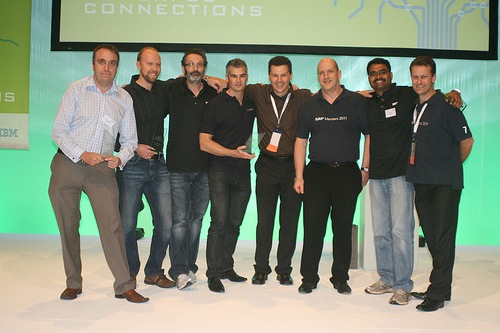 To summarize I think this InnoJam was again very well perceived by the attendees and during my time in Sdyney I already was pinged by colleagues how we can bring the InnoJam to Australia again. We’re already thinking of logistics and setup for the next SAP InnoJam in Sydney. Let’s see how we’ll set it up. We’ll work hard on making the event better and better and will try to avoid some of the issues that we’ve faced during the InnoJam.

In case you are interested in reading what others thought about this event, here’s a list of interesting blogs:

Finally I’d like to thank all attendees, the UTS Business School, the  SAP experts coming mainly from SAP Research in Brisbane and the many,  many SAP colleagues who helped to make this event a successfull one. In  my summary video I’ve listed up all people that have  been involved in the organization of this SAP InnoJam.

Hope to see all of you again next year in Australia!