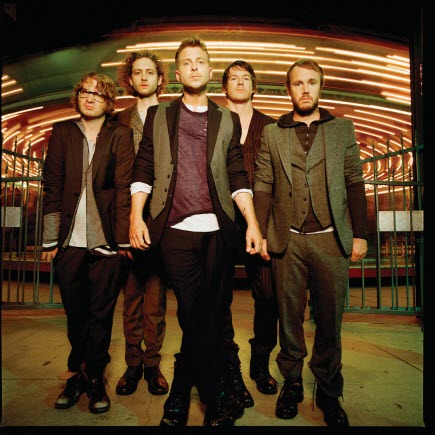 Great news for One Republic fans attending SAP TechEd 2011 in Las Vegas! For three weeks, starting TODAY, MONDAY, AUGUST 22 to Friday, September 9, the SAP TechEd team is running a contest with the opportunity for you to win two (2) backstage passes to meet and mingle with One Republic lead singer Ryan Tedder and the band before their concert at SAP TechEdLas Vegas! Every Friday, we will select one winner. Each winner will receive 2 passes to this exclusive pre-show event, for you and a friend.

One Republic has an incredible online following with over 120 million video views, an impressive 2 million fans on Facebook, and nearly 900,000 fans on iLike.com as well. OneRepublic’s first single, “Apologize”, received the largest amount of air play in history with 10,331 plays in one week. The remix version, featured on Timbaland‘s album Shock Value was a smash hit internationally, reaching number-one in sixteen countries and gaining 10 million downloads (the largest number of digital downloads for any song to date)

The winner must be a paid-in full SAP TechEd attendee to redeem the passes. A winner must immediately register for SAP TechEd if he/she has not already done so, or be disqualified. Registration, travel and accommodations are the responsibility of the contestants.

How to Compete for Passes and Winner Selection Process

The selection of the winner is based on chance, via random number selection, of all tweets using the designated hashtags below.The tweet must originate from your account, though you can increase your chances of winning by asking your followers to retweet your tweet to increase your number of entries.  (For retweets, only the person with the original tweet can be selected.)

Again, you can ask your followers to RETWEET your tweet to increase the number of entries you have in our “virtual fishbowl”.

The winner will be selected listing all the tweets received and then using a random number-generator to choose the winning tweet received that week.  The person who originated the selected tweet will win.

Sam will be the winner if this tweet is selected.