When Apple announced that its App Store had reached 15 billion app downloads after 3 years of operation, it made me wonder: is that faster or slower than the Gold Standard for Incredible Growth, McDonald’s  hamburgers?

As you’re probably aware, McDonald’s signs all read “billions and billions served”. It stopped updating its signs back in 1994 when it was nearing 100 billion burgers, saying it had better things to do (invent McRib sandwiches?). That leaves the few McDonald’s with counters frozen like this: 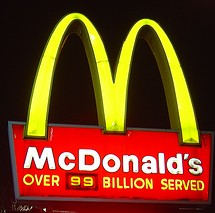 Back to my question: it took Mickey Ds almost 26 years to reach 15 billion burgers sold, and about 46 years to hit 100 billion.

But based on projections of its accelerating growth, Google could hit 100 billion downloads even sooner than Apple.

The infographic below – created by my talented colleague at Sybase, Andrea Love – nicely illustrates this possibility: 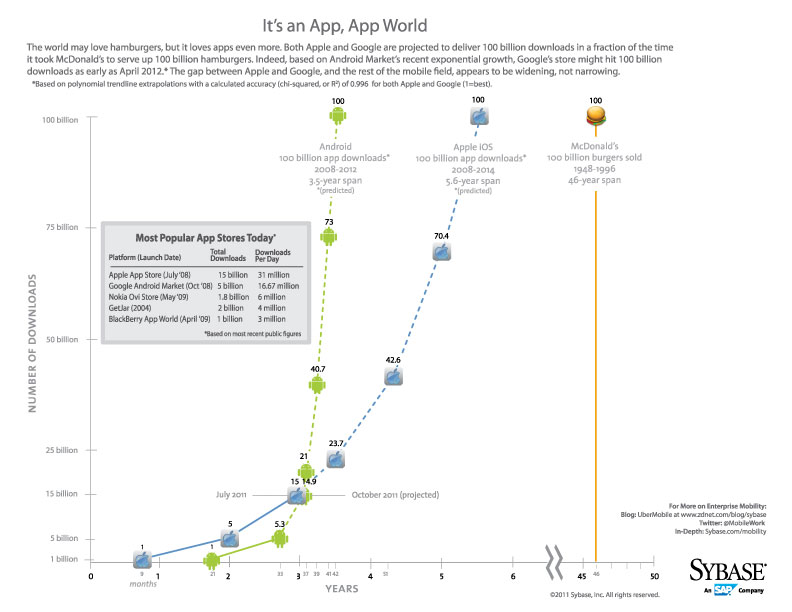 I’ll leave the analysis of the implications to you, my good readers. But I’ll answer the question that is no doubt on your mind: can I trust these projections?

As stats geeks know, 0.996 is considered fairly accurate, as 1=best. It’s far more accurate than the alternative projections proffered by Excel, such as linear or exponential curves, all which resulted in far lower chi-square values.

And while these forecasts may seem ambitious, consider:

1) how scalable virtual commerce can be, since the incremental cost of delivering more app downloads is so small to Apple and Google;

2) there will be more than half a billion people worldwide using app-enabled smartphones and tablets by the end of this year;

3) the average iPhone or iPad user has about 50 apps, while the average Android user has 35. That doesn’t include all of the apps users might have downloaded and then removed.

Don’t take my word for it, though. Below are the tables so that you can check my math: 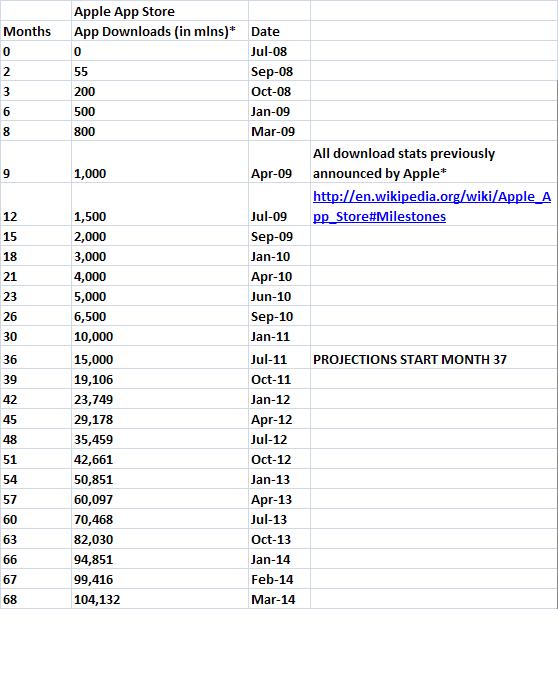 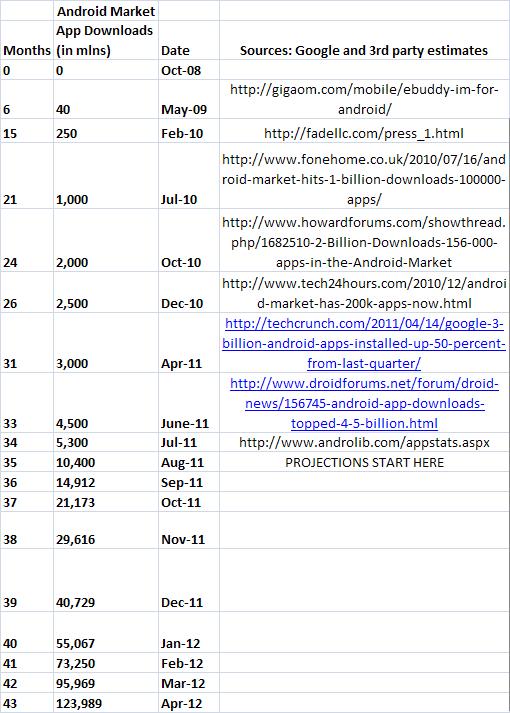 Of course, projections are only as good as the data they are based upon. And this doesn’t take into account a host of external factors, including the possibility that Apple or Google will make changes that raise or dampen app download growth.

What do you think? Are these projections crazily optimistic? Or will they underestimate the app boom?

Miguel Angel Ayala
August 9, 2011 at 5:46 am
Another thing to take in consideration is that Android will be in a lot of devices. My guess is that in the close future the most of the smartforms will have Android, so this will increase the numbers of the downloaded apps.... By the way, excellent blog!