As an online application available worldwide, it’s not surprising that SAP StreamWork is now used by people in dozens of countries. Since its launch, to allow us to make quick improvements that affect a wide audience, we’ve focused on a single language, English. But even though English is used and understood in many places, we know it can make things easier and more intuitive if you experience a solution in a language you’re more comfortable with.

To that end, we’re now beginning to introduce support for additional languages. In the first phase, visible now, we’ve made it possible for you to view many user interface elements in seven new languages:

To update your language preferences, go to the Settings page:

Many of the user interface elements like buttons and navigation items will now appear in the language you selected: 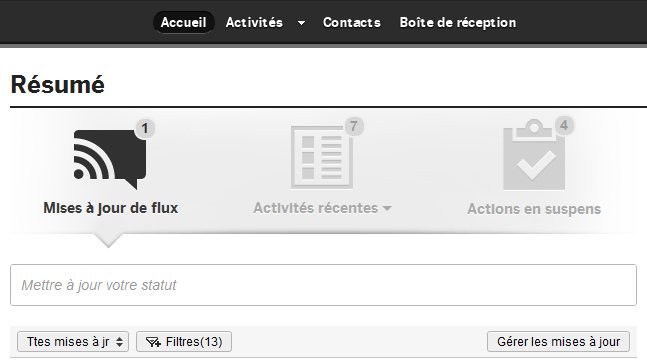 And when you log back in, you’ll see the same language until you change your settings. In upcoming releases, we’ll continue to translate more elements of SAP StreamWork to help make the experience seamless.