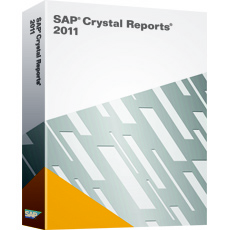 Over the years, we’ve heard about the requirement to protect report designs, and have taken a few, mostly unsuccessful attempts at addressing this.

In SAP Crystal Reports 2011, we’ve delivered a much more effective solution to this problem.  This is what the new export to RPTR feature is for.

RPTR is a read-only RPT file. It cannot be opened by any report design tool, but it can be opened and executed by most of our viewers.

The objective of this feature is to create a mechanism for partners and developers to share their reports, while preventing downstream users from modifying them. Here’s a couple of examples:

1) A reseller wants to promote their report design skills without giving away some of their design techniques, so they export their report to RPTR with saved data to demonstrate to their prospects with SAP Crystal Reports Viewer 2011.

2) An ISV includes with their application some reports, but they don’t want end users to modify them for support reasons. So the ISV exports the reports to RPTR and they’re viewed with the .NET 4.0 report viewers (Webform, Winform, and WPF alls upport RPTR).

These viewers can open and execute RPTR files:

While all data sources are supported with RPTR files, there are some special considerations around datasource set location.

Set location is disabled for RPTR files. If you need to modify the datasource location at runtime, we suggest the following techniques:

Other Considerations for RPTR

That’s a quick summary of the RPTR feature – give it a try and let us know what you think!

Rod Weir
May 17, 2011 at 7:24 pm
Pity about the datasource considerations.  Keeping the DSN the same is not viable in just about every situation I can think of...

..and pushing data means a complete re-write of the code and every report.

Being able to update the datasource is such a handy thing to do.  It doesn't destroy the concept of read-only reports either.

Here's hoping an update will relax this restriction.

Blair Wheadon
Blog Post Author
May 18, 2011 at 6:50 am
Thanks for the comment Rod.  I expect that restriction will be relaxed in the future as well.  Maybe the full designer could open an RPTR file and only set datasource on it - nothing else.

Former Member
September 7, 2011 at 12:39 am
How can we export the RPT in RPTR but without the parameters.

We want to offer to the users the ability to select their parameters.