SSO with your SAP Passport to SCN/Marketplace on iPhone/iPad

For quite some time now, I was unsuccesfully trying to get SSO to the SAP Community Network and SAP Marketplace to work using my SAP Passport.

The first I tried, was to install the SAP Passport via http://service.sap.com/, then clicking on the link on the top-right corner ‘Benefit from Single Sign-On’.

This approach failed, since the resulting screen didn’t show the ‘Choose the key length‘ dropdown properly, which resulted in an error response.

After some googling, I learnt I could simply export a certificate from my desktop’s certificate store, attach the certificate to an email, open the email on my iPad, and by clicking on the certificate attachment it would install on my device. Sounded simple enough.

Internet Explorer 7 on my XP laptop allows me to export my SAP Passport in DER and Base-64 encoded X.509 format, as well as PKCS #7 format, but not PKCS #12. I suspected I needed the private key too, but wasn’t sure. The certificate export wizard didn’t let me export the private key, stating ‘The associated private key is marked as not exportable. Only the certificate can be exported.‘ Oh well.

I exported the certificate in the three formats available, attached it to an email, and sent it to myself. Clicking on the first certificates in the email received on my iPad resulted in a simple install wizard, resulting in an added entry ‘Profile S00071nnn‘ under ‘Settings > General‘. However, I wasn’t able log on to SCN or SAP Marketplace using certificate logon… I removed the certificate, and repeated the above steps using the remaining certificate formats, but same results…

I headed over to FireFox, but it let me export the certificates in more or less the same formats. Repeating the same steps as I did for IE7 resulted in me still not being able to login via my SAP Passport.

I then posted the question to SCN forum (Anyone know how to install the SAP/SDN SSO certificate on iOS device?), hoping someone would know the answer, but unfortunately I received no usable replies.

Months later, I needed to review a certain certificate in FireFox 4, but instead of clicking the ‘View…‘ button, I clicked the ‘Backup…‘ button next to it. Lo and behold, it allowed me to export in PKCS12 format!

The backup procedure added an extra step of providing a password, which should be entered upon import. I determined the private key would thus be exported as well. Following the already familiar sequence of emailing to iPad and installing the certificate finally let me log on to SCN in a pleasantly seamless way!

For your convenience, the steps I took are listed below:

I hope this would be of benefit to you, and may lead us to use SCN from our iDevices in a hassle-free way. 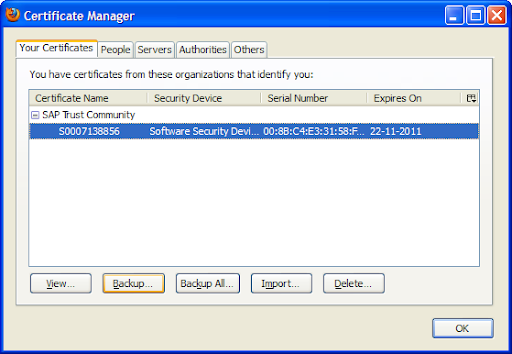 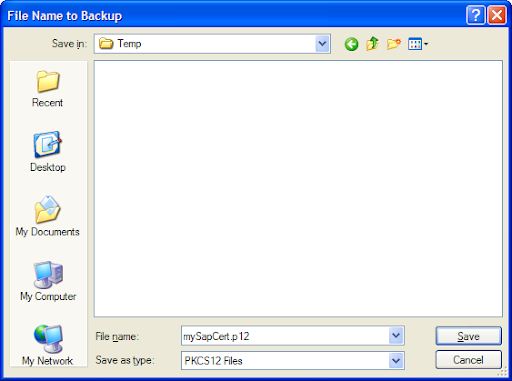 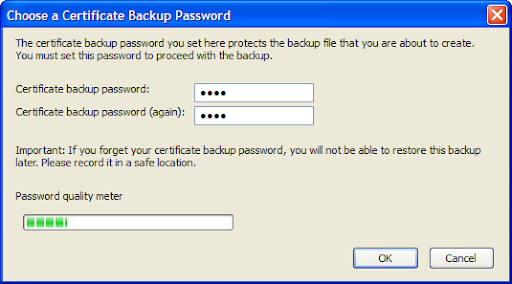 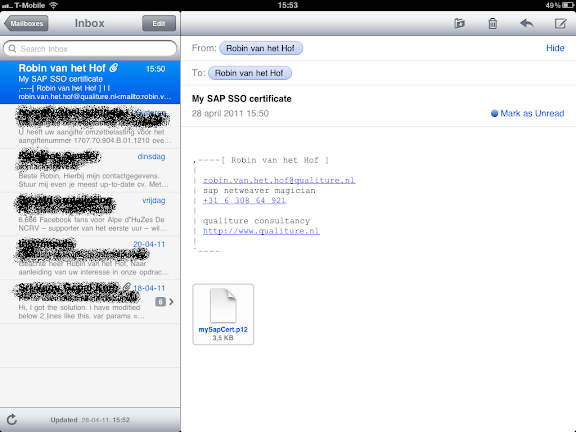 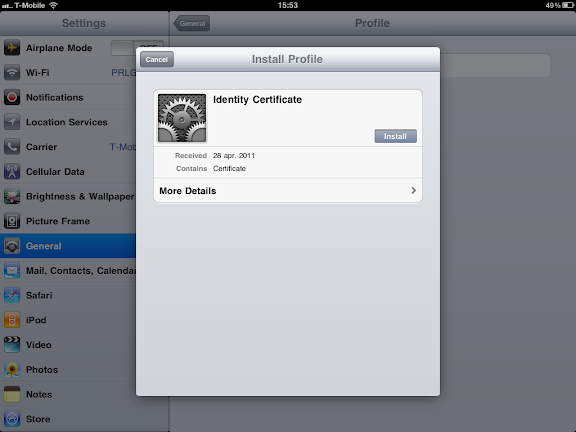 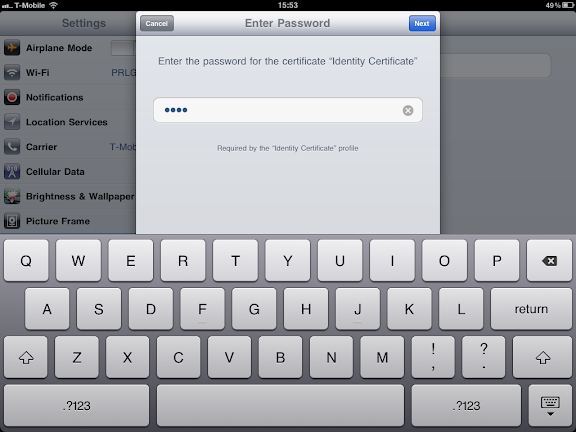 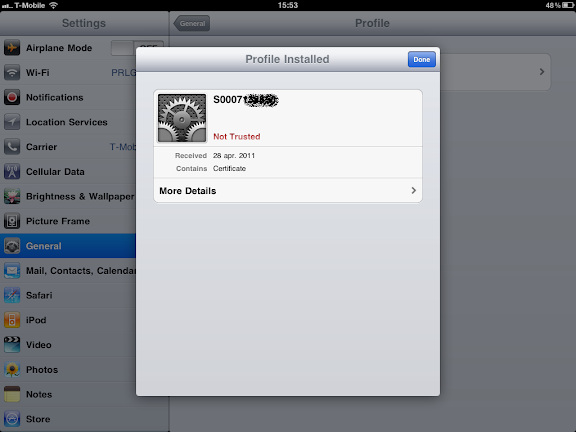 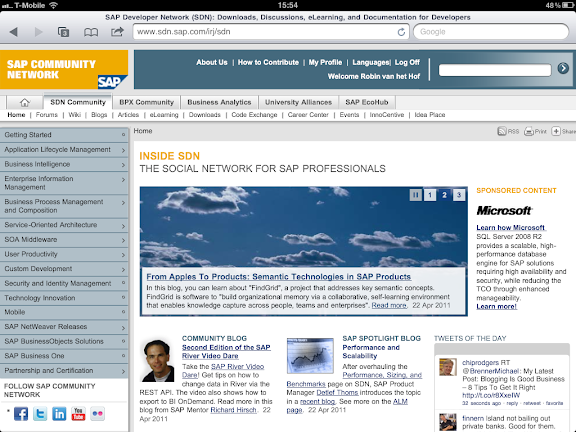 First off thx for sharing, I bet many community will find this information usefull. I tested dropbox on ipad2 to perform the certificate install but dropbox doesnt recognize the certificate extension. I used the mail method as described in your blog which works fine.

Thanks for the comment, and sharing the info on Dropbox.

On a sidenote, since Evernote does not allow me to attach certificates using my free account, I cannot test this too... However, I hope the mail method would work for most community members.

Thanks for this Robin. This will save me a lot of time and frustration!

Thanks! I praise myself lucky for remembering you wrote this blog 😉

Thanks, I am glad it was helpful! 🙂

Thanks a bunch.  It saved a lot of frustration.  I have to admit, I'm surprised the process isn't better documented by SAP.

You can do this much easier by going to service.sap.com and the going to trust centre...eg https://websmp205.sap-ag.de/tcsrootcert

This you can open in another tab and safari on ipad will pop up with the same pop up shown in the nice pictures shown in this blog.

Thanks for sharing Robin. It was very useful

Great post, very useful! Although it's a pain to use OSS with iPhone... 🙂

But thankfully there's the SAP Note Viewer for iPhone 😉

Thanks, very useful and saves time!