The road to Sydney for Mastering SAP turned out to have a bumpy start. After months of preparation and anticipation our first flight leg was unable to get into the air on schedule. With a one-hour connection between the first and second hops, and not much longer on the second hop, an announced 40 minute delay brought us to the “special services” line, where we waited for over an hour before finding an airline scheduler who determined that there was no way we were going to get to the Sydney flight that day.  The only flights with seat arrived too late for baggage transfer, and the earlier flights were sold out.  What seemed like a positive start turned into a freeze.

With only one flight per day on the airline we were booked on, the next problem was finding space on anything the next day.  I had planned to spend Friday getting over jet lag, before Saturday meetings with other speakers and a few Sunday sessions like Demo Jam (the first in Australia).  The only viable option appeared to be to go to Atlanta, then LA, adding 2 hours flying time plus more connection time.  Given the clock was ticking, we left the airport and returned the next morning.  The downside of late changes, of course, is the worst remaining seats.  The clerk printed, then tore up, several sets of boarding passes, and given the sense of dismay and confusion, I didn’t think about verifying everything (they are professionals, right? probably certified too).  After double checking at the hotel (which the “coupon” we were given didn’t help – read the fine print), I found we didn’t have assigned seats on the 5 hour flight to LA. Fortunately I had just about memorized the booking code by now, and was able to determine we had just one decent choice – two middle seats in adjoining rows.  We could not sit together, exactly, but we were close enough.

Then the usual overpacked, oversized “carry-on” bags that some people bring these days, unable to be squeezed into overhead compartments, or only going in lengthwise, not packing in tightly as could be done.  The final scare was the clock ticking on the second leg, as a 90 minute connection began to shrink in my mind to a dash along the terminals.  But we boarded, took off, and didn’t hit much headwind going west, arriving at LAX far enough ahead of the planned arrival to not have an open gate.  The wireless connection on my phone gave me a short window to answer a few emails (Hi Mom!).

The global phone I brought didn’t some with instructions and while I thought I was turning the thing off, I apparently was putting into a sleep mode that still used battery power.  So I may get to Australia and have two non-working phones.  No charger (USB or AC) in coach class; my Droid has a USB charger so I can tap power from the laptop battery to that phone, but it won’t work in Australia (U.S. CDMA only).  The loaner phone only has an AC charger, and of course, the mini “USB” plus on the side doesn’t match those on my Droid or my MP3 player. Or, the MP3 cord works, but doesn’t charge the phone.

At the LAX terminal, I spotted fellow SAP Mentor Kevin Benedict, and we chatted for a few minutes about travel stories, conference sessions and not much else.  We’ll have networking opportunities over the next few days.  Then as soon as I sent a tweet that I didn’t see any other Mentors, Thomas Jung walked up.  He had just arrived on a connection from Louisville through Memphis, meaning he had much better luck that we did the day before.  After we boarded I realized I hadn’t wished him a happy birthday.

Delays yet again before we touched down in Sydney; somewhere past Fiji a fellow traveler advised me to sit down as he could see lightning in the distance. With serious rain off the coast, the flight changed altitudes and vectors several times to find what is euphemistically called “smooth air”. We didn’t; though it wasn’t so violent anyone lost their seat (or stomach) my head was being banged around like we were on rough pavement.

After wending through the taxi queue (I’d have braved public transportation if not with Kathy and severely in need of washing up), we got a nice guided tour of the city and neighborhoods from Sha, a Pakistani living in Australia for the past 20 years.  With everything now smooth sailing, our checkin and room search was a breeze, plus our room had already been prepared for a day.  Slight mixup with breakfast coupons, then it was off to the Toronga Zoo with BITI teammate/SAP Mentor Sue Keohan, and Anne Petteroe, SAP Mentor, one ferry ride behind us.  My plan was to stretch my legs for a couple hours, then nap before the international speaker dinner Saturday.  Crashing immediately might have increased the jet lag disorientation.

Once at the zoo, rain hit us on and off, but that probably served to keep the crowd size down.  We didn’t see platypus, elephants, or dingoes, but did catch glimpses of kangaroos, wallabies, koala and numerous bird species I did not recognize.  In one of those timeless moments, who should walk toward us on the path but @TonkaPome (Neil Gardiner) with son and friend in tow.  He recognized us, partly by features, but also by the SAP Mentor hat I sported.  I don’t think I would have known him, though we’ve chatted, texted and corresponded a lot over the last few years.

Then a short, merciful nap, and off to dinner with the Eventful Management team.  Eleven of us went, including 7 SAP Mentors.  I’m sure over half the SAP ABAP world would have given up their certifications to be sitting between Ed Herrmann and Thomas Jung for several hours!  That is, if the two birthday party groups next to us had been under 100 decibels noise factor.  I didn’t talk too much shop, other than travel tips to India for SAP TechEd 2011, though Thomas at one point discoursed on the architectural realities beneath the HANA concept.  Hmm, more cores.

Lastly, before trying to push this blog onto the SCN wires, I’ll wrap up my mobile device state.

Wireless, and wired, connectivity, at the fine conference hotel, is a steep rip off, with connection time metered as well as data transfer volume.  Two hours is $10, with 24 hours $27.50.  I’m looking for the closest coffee shop with “free” internet, at the barter rate of an overpriced drink.  I’m going to try uploading this text, plus 4 photos, as fast as possible, then disconnecting.  I may not see the results until checkout (unless I check up). The way the current SCN blog tool works when uploading images has negative side effects, as the page tries to download *every* image in my folder, meaning extra data being transferred, with no value except the last several.  I hope I can get to try out the new tool soon to report faults like this. 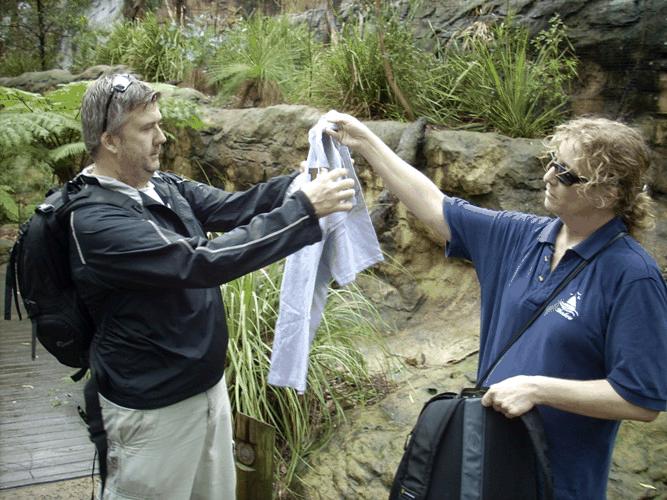 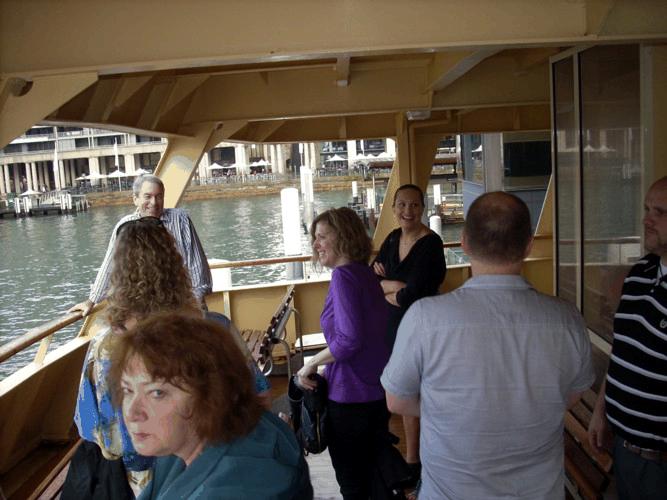 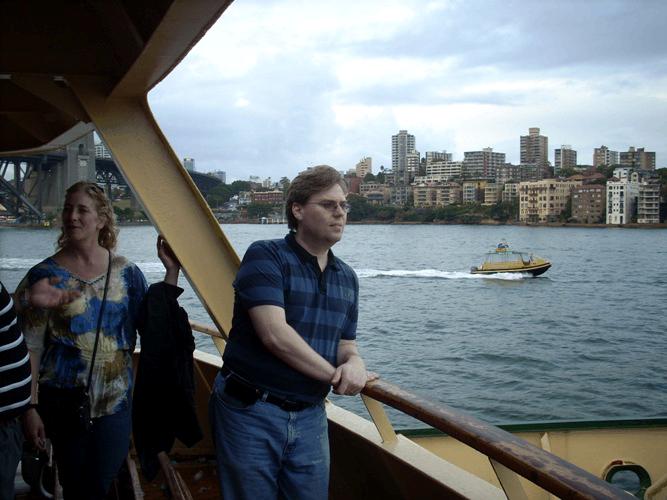 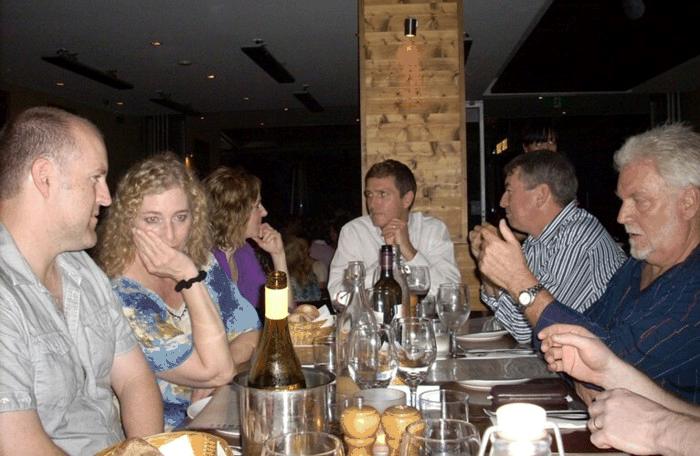 Former Member
March 19, 2011 at 12:52 pm
Glad that you and Kathy finally made it to Sydney, relatively unscathed. Strange that you are have such phone problems. My Android phone worked in Sydney; it took 3 phone calls to T-Mobile tech support, but it did eventually do the job. Looking forward to more reports from Mastering SAP and random Sydney adventures!
Cheers,
Gretchen

Jim Spath
Blog Post Author
March 19, 2011 at 8:14 pm
Gretchen - my Droid2 is CDMA-based, and only works in the U.S. or countries with that cellular technology. You probably have a GSM/tri-band phone, which will work here and elsewhere.