There were many objections to my blog yesterday in support of market researcher Canalys’s move to reclassify tablets as full-fledged PCs. Some were very thoughtful, I can’t deny that.

But faster than we realize, I think these objections to the concept of tablets=PCs may feel as antiquated as Bill Gates’ “640K ought to be enough for anybody.” or “There is no reason for anyone to have a computer in his home.”

Or, more relevantly, these rants against portable computers (yes, that’s what they called them back in the day) that I culled below (mostly from the awesome Classic Computer Magazine Archive)):

“If you’ve got more money than good sense, you may want to try a portable computer: laptop, notebook, whatever. My advice? Forget it; they make terrible game machines. My objections? 1. Lousy ergonomics [cramped keyboards and nonstandard location of arrow keys, for example]. 2. No way to attach a joystick without an external parallel port adaptor]. 3. Without an expansion slot there is no external sound capability. 4. The display is, of necessity, small and usually monochrome [unless you’re willing to spend a ton of money for color). And 5. Slow doesn’t begin to cover it. Dollar for dollar, you get about twice as much performance from a desktop.”

– From PC Pilot, The Complete Guide to Computer Aviation, by Scott Smith, 1994

“That doesn’t mean that it can be used for graphics, however. The  active area of the display is only 0.8 high, hardly enough for any kind  of detailed plot. Nor is it–or any of the notebook computers–much good  for screen-oriented games. Even spreadsheets are a bit of a  problem–your window on the entire sheet is very small. The most  ideal applications for a notebook computer are light word processing and  communications. Although the small display is a bit of a problem, it  can be largely overcome with scrolling…Unfortunately, most notebook computers are not, as yet, capable of  true word processing.”

“Laptops have less-than-ideal screens. Your friends may start calling you ‘Squint Eastwood’ behind your back.” 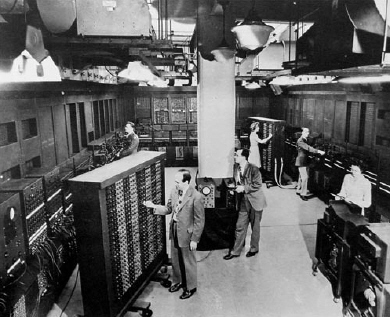 “Nope, we’ll never get one of these to fit inside someone’s house. And why would you want to?”

“I’d hear the whispers in the hallway: ‘If the Good Lord had intended Adam and Eve to have portable computers, He wouldn’t have given them an Apple.'”

– From Memoirs of an Osborne by David Nimmons.

“While ‘regular’ desktop PC systems have always been and likely always will be the way that most people buy PCs, notebook PCs (also called laptops)  have become very popular in recent years. At first they were almost  exclusively the province of big business ‘high rollers’ due to their  very high cost. Now the cost of some notebooks PCs has come down dramatically, and they have really entered the  mainstream. Many people use a notebook as their only PC today, and for  some they offer advantages that make them very worthwhile. However,  notebooks also represent a trap that far too many people fall into.”

From a PCGuide.com article ostensibly last updated in 2001(!).

Of course, it’s only fair to include some choice quotes from the other side – writers a tad too optimistic about laptop/notebook/portable computers.

“By 1990 no computer bigger than the Apple Macintosh will be selling well.”

“Roach (Chairman of Tandy Corp./Radio Shack, maker of the first popular notebook PC, the Tandy 1000) also admits an admiration for the HP Portable and thinks that ‘all  machines may be basically portable sometimes in the near future.'”

Former Member
January 28, 2011 at 8:56 am
and one day you will finally answer the question "How many angels can dance on the head of a pin?".

It probably doesn't dawn on you that the same logic - of technology getting old and substituted - may apply to ipads and other tablets of this generation.

So much noise - because so little is at stake.