Inside SAP I am running a couple of internal communities around topics like iPhone/iPad and Android development, as well as Gamification and Innovation Steampunk. I will start talking more about these development communities (which now account for well over 1,000 members) on the SDN, to give you an insight in the awe-inspiring things we are doing.
The first blog originates from the Gamification group with over 100 members. Spinned off from the mobile communities, when colleagues expressed their concern that we’d screw the bling of apps on mobile devices like the iPad, we started looking at other industries like the videogame industry to understand what approaches , design principles, game mechanics and other things they use to make users engaged and happy with their games. And the big topic is ‘gamification‘. There are already some interesting pieces and demos available, not least the SDN itself, which uses a gaming element: points and badges.
More about that and the other communities and their awe-inspiring topics will follow in the next couple of weeks.

The first  conference around Gamification titled Gamification  Summit 2011 took place this week in San Francisco. It was organized  by Gabe Zichermann and his organization Gamification.co (yes, co without m) in a nice UCSF location and was totally sold out.  375 tickets for US$695 just flew out the shelves like angry birds on  sling shots to hit the pigs.

For those of you who haven’t heard yet about  gamification: that doesn’t mean to make an egoshooter out of a business  app, but how we can make the experience of users with our UIs more  enjoyable, engaging, rewarding, and in the end more effective (read also  the definition in Wikipedia).

Gabe lined  up a whole roster of great speakers, interesting topics and panels.  Though none of them rotated around enterprise software – mental note:  help Gabe to staff his next event with enterprise people –  the talks  were really inspiring and mindblowing.

To say  something about all of the speeches, would be like figuring out that you  discovered all levels and secrets of WoW – and who’d want that? Because  that would mean the end of the game for me. So I will focus on those  speeches that I found most interesting for me. 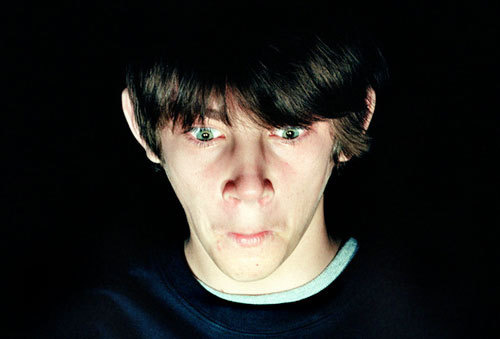 After Wanda Meloni, who gave an  analysts insight into the trends  and statistics of this fast growing industry topic, Gabe brought  us to a common baseline by defining gamification and giving us an  insight in the history of it.

Then Jane McGonigal from the Institute  of the Future (isn’t that an awesome name for your employer?) and  she set the mood for the whole conference. Not only did she start a  phone game with the whole audience (I just say so much that during the  whole conference the folks yelled “Amen!”), but she really inspired  people and lifted the mood. She spoke about Eustress (=positive stress),  showed hilarious pictures of faces of videogamers and how they are in  the zone, spoke about that games don’t make life easier, but that games  are putting up obstacles to achieve a goal, compared the terms  ‘gamification’ (looks like a game) vs. ‘gameful‘  (feels like a game), mentioned that cooperative games outratio in popularity competitive games by a factor of 3:1 and that what’s common for people  indulged in games is the urgend optimism, the social fabric, the  blissful productivity and the epic meaning. She calls those people  ‘super empowered hopeful individuals’ or SEHIs.
If you want to know  more, she just published a book “Reality  is broken“. You can also watch one of her former speeches on TED: Gaming  can make a better world (18 minutes, you just have to love her for  her passion and inspiring speech).

The afternoon  then started off with a panel about the best and worst of gamification.  What was a recurring theme of the conference was the overly reliance on  point- and bagde-systems and believing that this is the only thing to do  to make your audience more engaged. It is not. Once you deploy a  gamified platform, you need to monitor, encourage, police, fine-tune  etc. as well as deploy more measures and cleverer ways to engage your  community. And without core content, no gamification will help at all.

Neal  Freeland from Microsoft then spoke about Bing and  the long way that they went and how they use gamification to attract  more users. A case study about the Hiphoppers Jay-Z book launch -part  memoires, part lyrics – that was gamified with a really big scavenger  hunt using Bing, presented by Demetri Detsaridis from Area/Code really was mindblowing. Those guys had some crazy ideas (and money to  blow). But it seemed like total fun and the target audience really went  into that game.

The last and in the first moment  totally boring sounding speech titled “The Elephant in the Room:  Managing Legal Risk in Gamification & Virtual Economies”, basically  James Gatto’s take on the legal risks of gamification in the US turned  out to be really interesting. Not least because James – who I think is a  lawyer, but has the street cred of leading an Open Source team and  development lead in video games – can speak the gamification and nerd  lingo. Some of these risks are not hitting Second Life (virtual goods  and monetization), IP problems, Facebook-lawsuits etc. show us that this  hits closer to home than we want to realize. And as a company  originating from Germany, we can also add the legal risks of internal  gamification with labor laws.

During the sessions I  had the chance to talk to some of the sponsors, like gamification  platform providers like bunchball, badgeville or bigdoor,  as well as became the joke when I walked into a conversation of the  analyst Wanda Meloni and SAP consultant Joshua Greenbaum, introducing me  as SAP employee. Right that moment they had discussed that SAP should  look into this. And here I was.
I also metSAP colleague Reuven  Gorsht from the demo team, who has inspired us with his gamified and  awesome iPad apps (see his posts in this group and the iPhone/iPad group).

And  also – as heads up- Gabe Zichermann whispered in my ears that he is  planning to organize this year a gamification event for the enterprise. I  will keep you updated on that one, and we definitely should support  Gabe to get this going. I think we will be able to share some of our  first insights and this approach could have a real impact on reaching  our strategic goal for 2015: 1bn users…

Game Over. Want to play  again?