I received feedback from a reader of one my previous blogs which I’m grateful for. He mentioned the topic of the product naming and the fact that many community members seem to have difficulties understanding the frequent product name changes.

I was convinced I would find a previous blog or sources with this topic as I also know a lot of persons are having trouble to understand the naming of the SAP products. While I found some information on specific products and their naming history I did not find any general overview.

Just last summer I performed an upgrade from 46D to ECC 6.0 at a customer. They were confused which SAP product was going to be the target of the upgrade, was it ERP 6.0 or ECC 6.0 or ERP2005? What about SAP Netweaver, do we need that?

I will be using ERP throughout this blog as an example. I cannot cover every single product as it would be too much, this information can be used for lots of other SAP products in terms of understanding the naming and versioning. I added some sources in the blog for other specific products I could find information on.

I hope by now you have heard about idea place, a new initiative by SAP which fits into the new way of giving customers and partners a bigger input into the SAP world. Why isn’t there a central spot in the SAP service marketplace or on SCN where you get an overview of all the different product versions with the date/time the product was released and information to get rid of the confusion?

I have no clue, but since the Idea place exists, I created an idea to have such an overview, you can vote the idea up or down depending on whether you like the idea or not and if there are enough votes up it will be implemented by SAP, sounds nice right.

Please read to idea text for a better view on what I would like to see and please add comments to the idea so they can also pick up your feedback on the matter.

Not all products have to be on one page (nearly impossible) but a dropdown so you can select one and see a historical view (past and future)of what product offered the same kind of functionality in the past and which product will take over the task in the future would be a good start point.

The history of SAP product names

The beginning, keep it simple

SAP (Systems, Applications and Products) was founded in 1972 and the first product served the purpose to do financial accounting and was called “R/1”. The “R” stands for real-time data processing. The “1” stands for the fact that the product was residing on a mainframe (no separate layer for database, application or presentation) so only one layer.

In 1992 “R/3” was released. “2” was changed into “3” because now it used three layers (a database, an application and a presentation layer). With this version multiple operation systems and multiple platforms were supported. Now you could have an Oracle database on a Windows server and SAPgui on a desktop to connect to your SAP system.

After the release of R/3 SAP began to put release information behind the product names to continue the product line. It still made sense, R/3 3.1I and R/3 4.0B and so on up till R/3 46C and R/3 46D (here and there you can still find R/3 SAP systems at customer side).

Some of you who read my blog on Java garbage collection basics know I fancy cars so let’s take a look at what this means by an example involving cars (yes here we go again).

You can see the Porsche Cayenne on the left and the Audi Q7 on the right in above picture 1.1. Now what both cars have in common is their platform. Both are build on the same base (the chassis, the wheelbase and even lots of parts are the same).

The cars don’t look exactly the same; they don’t both have the same option list nor the same price. Each car on its own (Porsche Cayenne or Audi Q7) is a different product but they are both build on the same platform.

You can very much compare this with how the technology platform for SAP works.

As explained above, SAP build a platform, the first being WebAS to be included in product naming or referenced when talking/writing about the product. They also gave the WebAS a version (first one to be released was 6.10 if I’m not mistaken). So you have your R/3 (real-time 3 layer SAP system) 4.x (version of your R/3) on WebAS (base platform) 6.10 (version of your platform).

Once R/3 Enterprise 4.x came out things became even more confusing (we are still miles away from what we have today).

Now the above wasn’t enough really, the Enterprise part was added to the product name because now they had split up some components.

You can read the following information on the facts of the split up, to what purpose and so on:
R3 Enterprise.

Let’s take a look at where we are so far to try and not get confused:

All the above name changing, additions to the product names wasn’t really enough. SAP started to use years in the product name, for example mySAP ERP2004 in 2004. This is where it really plummeted down to the ground and people got more confused than ever.

People started asking questions on internet and writing articles on the products and the confusion that existed, if you are interested you can read the following white-paper about the confusion whether to go for SAP R/3 Enterprise or mySAP ERP because they also released a mySAP ERP (2003?) version in 2003.

A new technology platform was created, SAP Netweaver in 2004. The previous platform WebAS became part of SAP Netweaver but continued to be referenced. The SAP Netweaver 2004 platform contains the WebAS 6.40 (also referred to as BASIS 6.40). One of the big changes SAP Netweaver brought is the possibility to have a Java Application Server (no longer only ABAP was available).

If that wasn’t yet enough it also mySAP ERP2004, ECC 5.0 was also referenced as being ERP 5.0. I didn’t look up every single name change of the product because seriously I need to write a book to keep up with every single change and I’m just writing about one single product here.

Things got even worse in 2005 when mySAP ERP2005 came out, which was referenced as ECC 6.0, resided on SAP Netweaver 2004s (Web AS 7.00) platform and was also called ERP 6.0. Explaining this mixture of terms, numbers and years to a customer makes the customer look like a UFO just flew by the window.

A good time to recap again

By 2005 SAP had already received lots of comments and feedback on the product names and the confusion. Because they wanted to avoid that customers had to perform major upgrades frequently, the enhancement packages were invented.

An overview of enhancement packages released for ERP 6.0 so far:

The platform on which your product resides and the product itself influences the versioning of your SAP system components. Once you are logged into a SAP system click on system – status in the upper navigation bar.

This opens the system status screen; there click on the magnifying glass icon as shown in picture 1.2.

You can see in picture 1.3 that components SAP_ABA and SAP_BASIS are part of the Netweaver 7.0 platform (701 first two digits 7.0). The last digit represents the enhancement package level (701 so Netweaver EHP1).

In the same SAP system when you scroll down you can see the component in picture 1.4.

The SAP kernel versioning is based on the platform your product resides on. For the above example, ERP 6.0 EHP4 on a SAP Netweaver 7.0 EHP1 platform the kernel level is 701 (platform version + enhancement package version of the platform).

The newer platforms that come out receive a higher second digit; SAP Netweaver 7.1 without enhancement packages installed on it would have Netweaver components with version 710 and a kernel with version 710. The changes made can be checked in the release notes of the platform on help.sap.com.

Overview on SAP history and versions

I hope SAP does some effort to keep the product naming simple and understandable as it changed so many times in the past it started to get confusing for almost anyone.

A community can be as powerful as its members and their actions. I’m convinced a lot of people would like to see an overview page to have a better understanding of the confusing product names and I hope the idea gets launched and implemented. It’s always a serious task explaining customers where the product name came from and clearing out their doubts. 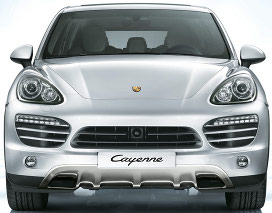 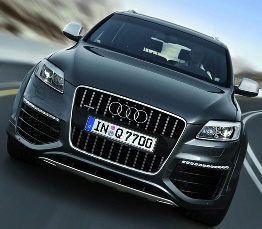