We don’t have a formalized criteria or program around SAP Mentor of the Month. That does not stop us from calling one out once in a while. The December 2010 SAP Mentor of the month is John Applebythe head of technology for Bluefin Solutions He has created a lot of mentor magic lately. 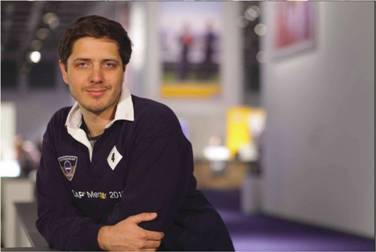 1) SAP TechEd: It started out with him going to TechEd Berlin as well as Las Vegas. Beside of him being really engaged in the meetings with the executives as well as on the show floor, he also spearheaded the campaign for Natascha to come to TechEd via smart use of Idea Space and social media like Twitter. His recount of that event: #nataschatoteched – A tale of two cities.

It was John Appleby who swung the door wide open. He rallied the troops, convincing in addition to Dennis: DJ Adams, Owen Pettiford, and Phil Kisloff (I hope I didn’t forget anyone) to join the event and man the booth. He also realized that a naked booth wouldn’t work.

With the help of Doris Pfiffner the resident TechEd photographer he got all the high resolution pictures of the SAP Mentors from TechEd together and created and produced the following 7mX2.5m collage:

That was the backdrop to all the cool activity happening in our SAP Mentor both.

The event was a great success with many deep conversations in the booth. Many participants where scratching their heads when they realized, that the SAP Mentors were not there to sell them something. The mentors also dominated the Twitter stream. On the third day of the conference the User Group leadership sat down with the mentors to discuss how to work better together, as it is to the benefit of everyone involved.

John thanks so much for all the things that you do. You are an example SAP Mentor roleing up your sleeves and do the needful for the greater good of the SAP community. I am so happy that you are part of the SAP Mentor initiative. You are living the Hugh MacLeod’s print. 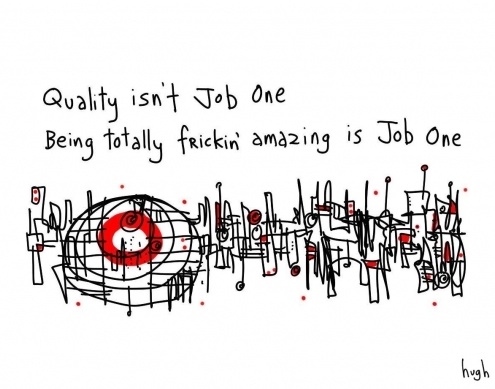 John Appleby
December 16, 2010 at 11:59 am
Thanks Mark it's very kind of you but I've got to shout all to all the people who really make this stuff possible. I may have had a few late nights but when you see the list of people that were part of this, you'll see just how many people contributed to these events.

IN NO PARTICULAR ORDER 🙂

- Mark Finnern and Aslan for keeping the mentor dream running, and for funding the skins.

- Mark Yolton for funding the skins and generally amusing me on Facebook at crazy times of day.

- SAP and Bluefin finance teams for putting up with the complexity of getting SAP to pay for the skins.

- Bluefin marketing and operations for helping with the business cards and skins - especially since it's not their jobs.

- Natascha Thomson, of course, for making it possible for Mentors to come to the SAP Summit.

- DJ Adams, Dennis Howlett, Phil Kisloff and Owen Pettiford for attending the SAP UK & Ireland User Group event. Especially Dennis because he opened up the lines of communication and organized the stand.

- Aiaz Kazi & Jonathan Becker for being good sports at the SAP Influencer Summit.

- My boss Pip for putting up with me being out of the office so much. Although I had 8 chargeable days so far this month and 5 customer Go Lives in the last 5 weeksso it's probably me that's suffering, not Bluefin.

- Martin Gillet, for putting up with my jokes about him looking like Hannibal Lecter graciously.

- Dick Hirsch, Jon Reed, Greg Chase (sorry dude I pretty much missed you) and Matthias Steiner for making it to the Summit and making the SAP Mentors rock.

- Dennis Howlett, again, for having a third day added to the conference just for him 🙂

- Doris Pfiffner for getting up early to upload 2Gb of images so the skins could be made.

- Tom Raftery for being great fun at the Summit.

- Stacey Fish for putting up with me at the Summit and making it all happen, whilst treating me like a blogger, which I'm not. Mike Prosceno too.

And DOUBLE thanks to the people I forgot in this list. There's lots of you that helped. And many other mentors who have contributed that and a lot more.

Seriously, though, congrats, well earned. Your my favorite English author since whoever wrote Benny Hill. 😉

Susan Keohan
December 16, 2010 at 5:18 pm
Oh, he didn't just go live while attending all these events, he grew a mustache for #Movember, rescued five stranded kitties, and baked a pie too.

No really, John, you rock.  We're proud to be associated with you.

Former Member
December 16, 2010 at 11:15 pm
You have put the other mentors under a lot of pressure to keep up with the great work you do.