Now that NetWeaver 7.0 EHP2 is available as a Mini-Basis System, we can tell you about some of its new features.

One of the coolest of these new features for problem analysis is ABAP scripting in the New ABAP Debugger. In this weblog, we explain what this feature is for, what the script workplace looks like, and how to run a couple of first scripts to whet your appetite.  You’ll see how to do a complete trace of executed statements from the script overview, and how to see where particular statements occur in your (executed) code.

Here is the video on ABAP Debugger Scripting Basics;

What is Debugger Scripting For?

The new scripting capability lets you automate anything that you can do by hand in the New ABAP Debugger. Debugger Scripts also make some things possible – like all kinds of tracing – that aren’t possible by hand.

With ABAP Debugger Scripts, you can: 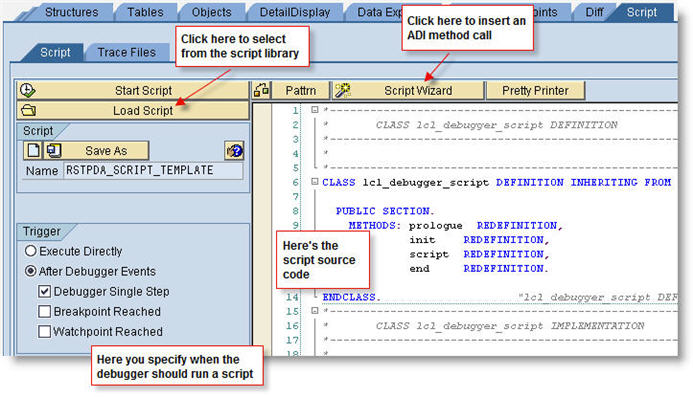 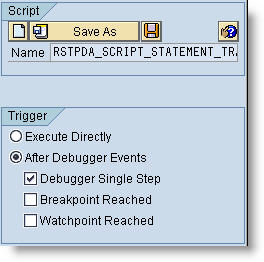 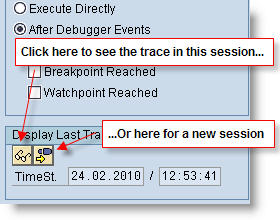 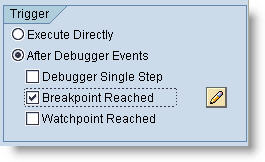 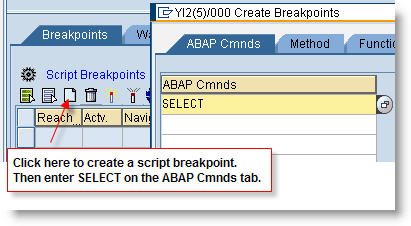