If you have the DOE system or the backend CRM system already with licenses you should be able to download the Mobile Gateway add on from Service Market place. To develop mobile applications on different platforms (windows mobile, blackberry, iPhone) you need SUP (Sybase Unwired Platform) and also native development tools from those platforms.

Need for Such a Tool:

The Mobile gateway is built on top of the DOE and allows you to create a standard and open adaptive interface to the DOE. Currently Mobile gateway is being used in 7.1 version of SAP Net Weaver Mobile. In the Mobile Gateway ESDMA tool has been introduced to perform the activities like Modeling and Configuration. The modeling capability of ESDMA tool allows to create an entity set definition on top of the standard objects exposed by the DOE such as data objects and distribution models. The runtime behavior of the system can also be changed with a set of configurations provided by the ESDMA tool.

ESDMA Design is the way of modeling the business entity sets

ESDMA creation can be triggered using the transaction sdoe_esdma_design. Executing this transaction will lead to the following screen. To create an ESDMA enter the name of ESDMA and click create.

The following screen will get displayed:

Enter the appropriate description for ESDMA under ESDMA overview tab. 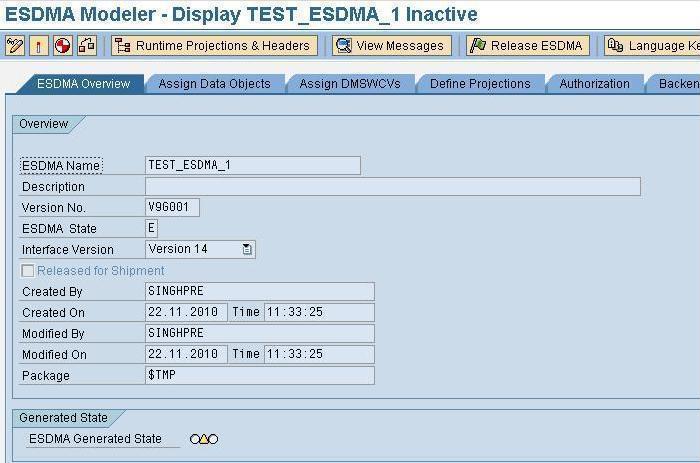 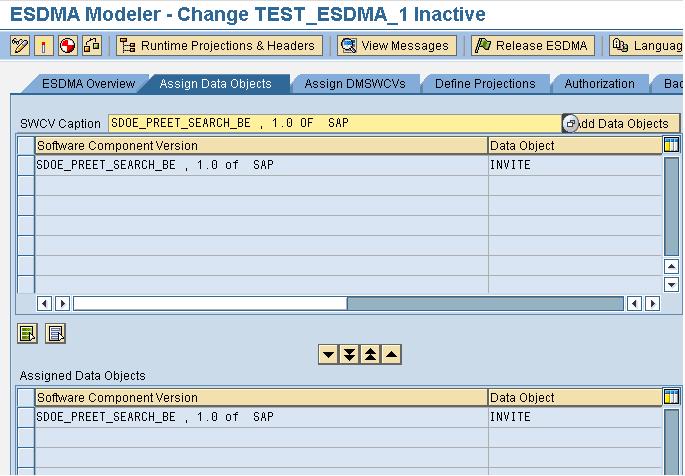 Assign DMSWCV under Assign DMSWCV tab as shown below. The data distribution will be based on this DMSWCV for the defined projection. 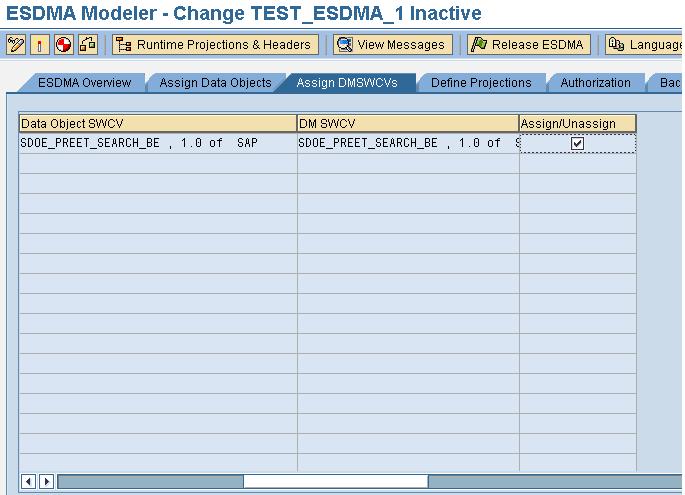 Finally once the data objects and DMSWCV assignment is done we can define projections on top of these existing objects.  To create design time projection click on Define Projections tab. The following screen will get displayed: 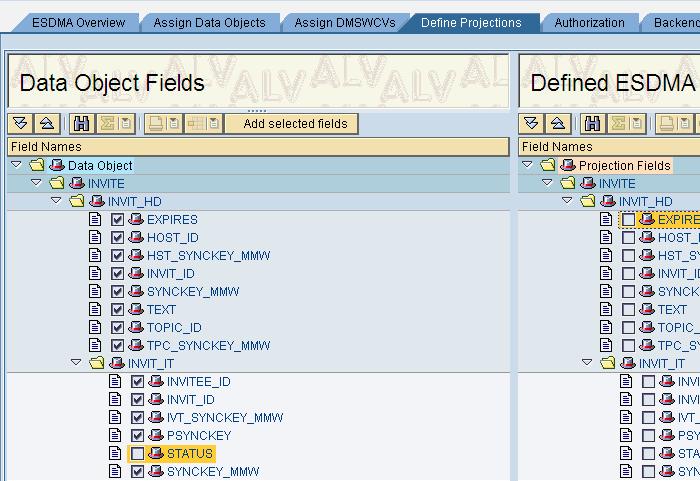 By default all the fields of data object will be added to the default design time projection. If we need to filter some fields, we can remove it from the Defined ESDMA Projection from the right side of the above screen.

Finally clicking on save will save the defined Design Time Projection on top of these data objects. The field set defined under this projection will act as a base for the record sets for the mobile devices.