Well, I have had a good week now to recover and attempt to remember all the fun, good times, great food and drinks, old friends and new friends, information, wagers won and lost, and more that made up my SAP TechEd 2010 in Las Vegas experience. The week seems almost all a blur now. Too much to do. Too much to take in. Not enough hours in the day. Not enough energy in my body. The recreated, synthesized sound of ghost coins dropping in slot machine pans, the bark of pit bosses, the flashing of multicolored neon lights are all but gone from memory now, but a few highlights of my trip have managed to stick with me. Other people have recounted their TechEd experience in just about every way in blogs during and since….some detailing the technical information, keynote, etc…..some speculating or providing their impressions from the same/similar material. They all did a fine job of this. Kudos all around to the bloggers!!! Therefore, I figured I would go more of Hunter S. Thompson route (we were in Vegas after all), so here is my take on TechEd 2010 in photos and “top 5’s”…

Whoa! REAL real time is the new black!!! Holy hell, this was impressive stuff! Just in-memory processing alone (HANA) was awesome to see. I can only imagine some of the many applications!….and it scales….the capabilities of which have not even been shown yet! Very cool! I think this has the potential to launch entirely new businesses around “business pattern recognition”, as well as identifying “fake”/false patterns and discovering up till now unknown patterns that exist and do affect business. Heck, I think using Project HANA alone on things like SETI or similar data “crunching” endeavors would be a cool experiment!

How is it that SAP can make the switch and enhancement framework seem so friggin’ complex, convoluted and confusing in all their many sessions and presentations I have seen over the years, and yet, Graham Robinson made look all so easy and simple in less than one hour….WITH actual live working demos!?!?!?

Furthering my (well documented/posted over the years) theory that Microsoft and SAP will be revisiting the idea of combining very soon. Not to mention, this TechEd seemed a bit more “MS heavy” than any I recall in the past. Maybe I am chasing windmills…but what if I’m not? (haha)

I know….crazy right? haha But I think SAP Mentors are finely getting a bit more recognized. I know personally that no less than 7-8 times over the week at TechEd I had people approach me, grab me, yell at me, etc. and say “Hey! You’re a Blue Shirt…..let me ask you something….”. They would rattle off their question and just like any and all of us Mentors do, either I would answer or I would go locate a Mentor that could help them out. We LOVE that stuff! It seemed in the past, either people did not know about the SAP Mentors or quite what to make of us when they saw us all strolling around in our rugby shirts (no, it’s not a cult, team, product, clique, or secret society). This year though, it seemed perceptions have changed. Very cool!

You just do not understand. This just doesn’t happen! Much like my MS + SAP theory above, I believe that the original Thomas Jung was absconded by SAP in the middle of the night years ago, taken to Walldorf and cloned….yes, cloned! The Thomases (as I refer to them) now appear around the world at all of the SAP events, sales calls, training sessions, etc. at any given time. In fact, I believe there were no less than 3 Thomases in Las Vegas (though I hear one was sent to the shop for repair….it kept talking about the “future of ITS”). The original Thomas is kept in Walldorf in some small, though luxurious, condo where he churns out ABAP code all day….FOR FUN!!!

Apparently they are very fearful of both…and more so, in combination! They would not allow us (with our scary shoelaces) or Thorsten inside at all…..even after we pleaded that once inside we would be sure to run up a large bill on Chip Rodgers’ tab! (KIDDING, Chip!)

If you ever want to find the highest congregation of SAP Mentors, just show up at the Enterprise Geeks (enterprisegeeks.com) daily podcast. Seems no matter what was going on or where people were suppose to be, you would find at least 10 or more Mentors hanging around the podcast. The podcasts were well worth it too! Good times! Check out their site TODAY!

I guess if you are going to make a flight across the world to show up at TechEd, you are not coming just to play! These guys rocked in Innovation Weekend and totally dominated in Demo Jam. Geez…a little warning would have been nice. What happened to “friendly competition”?!?!?  I hear through the grapevine that the Demo Jam winners have thrown down the gauntlet and challenged Thomas Jung and Ed Herrmann to a contest at the Australian tech conference in 2011.

I know, right? Mind blowing! I thought only us developers, system administrators and security folks had groupies. Come to find out, I was wrong. The Pro Bull Riding (PBR) championship was in town at the same time as TechEd and several of those people were staying over at the Treasure Island where I stayed. In fact, they had a big party Wednesday night over there. The pro bull riders were treated like rock stars. They were getting their pictures taken, signing autographs, etc. You know….all the things we all take for granted. And they had some absolutely beautiful women hanging around with them. Oddly enough, these women did not seem too impressed that I was a SAP Mentor. Weird, eh? haha

…..and the top thing I learned this year at SAP TechEd…….it is back in Las Vegas again next year!!!……See you there! 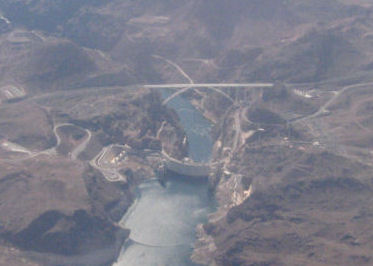 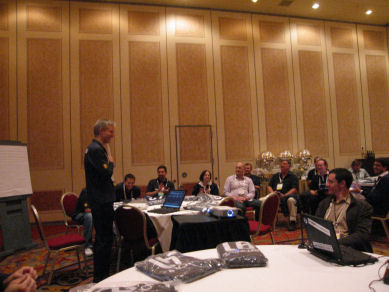 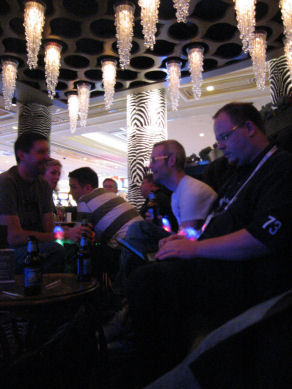 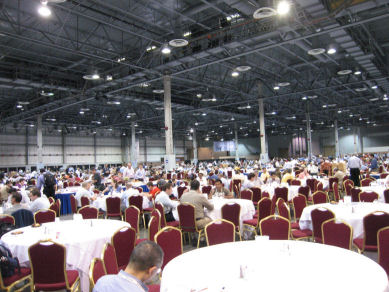 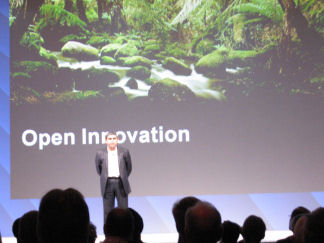 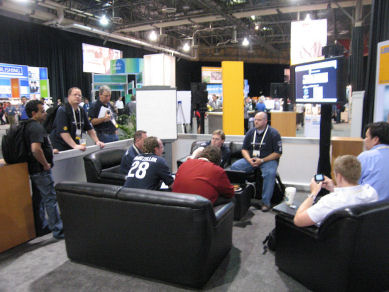 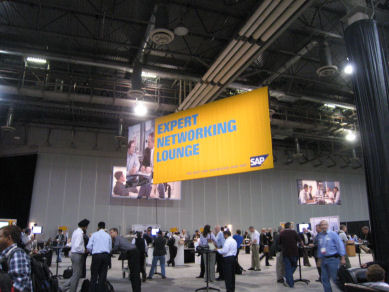 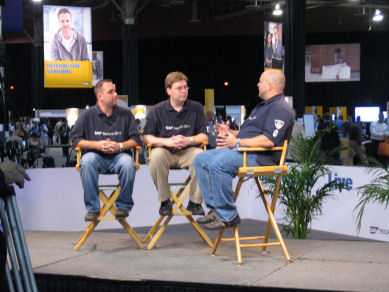 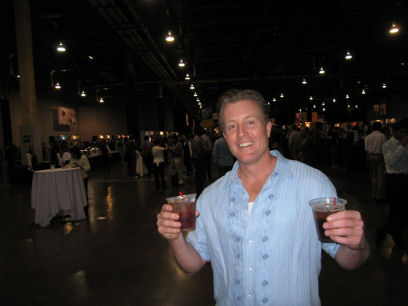 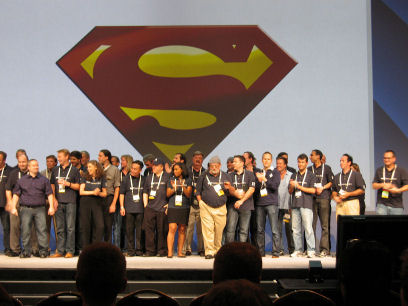 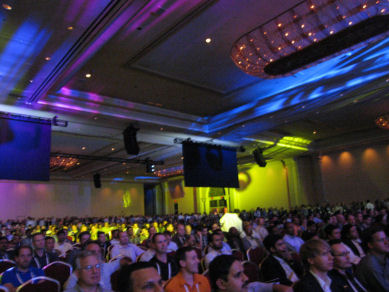 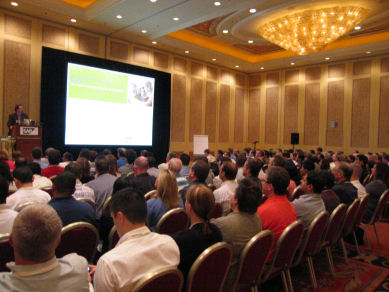 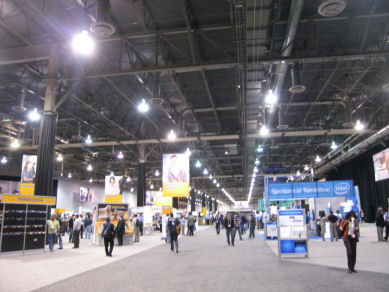 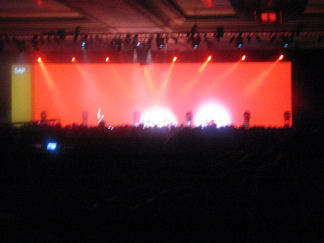 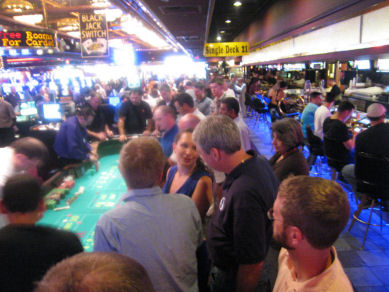 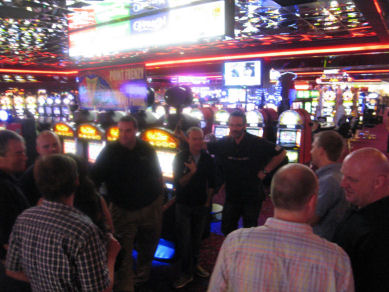 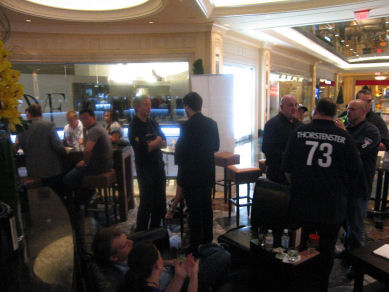