The Spork In Germany (Landing Zone)

Picking up from Friday breakfast, as described in yesterday’s blog post, I hiked around Mannheim during the beginning of the day.  My hotel reservation was in Heidelberg, so I thought I’d visit both as they are close enough by train (15 minutes, if all goes well, which it didn’t quite).

I’ll skip over details of my hike, and museum visit, although there was a moment that I thought was very cool.  The exhibition (which was pretty mobbed for a weekday museum event) included artifacts from medieval times; while I looked forward to the architectural sections of broken down castle and church fragments, I was amazed to see a parchment from the author and mathematician better known as Fibonacci, he of the number sequences.  That was an early scientific insight for me, shaping my career path as an engineer (and hacker).

And the associated photo I’m linking:

Great view of how scripting was done 800 years ago!  And I love this quote from the promotional material, “”The assortment shall be expanded with fitting items at the start of the exhibition The House of Hohenstaufen and Italy.” It shall be done.

Image 1 is lunch in the square outside the museum.  I thought it was fitting I try lasagna, since the majority of the displays were from the Italian area.  I don’t recall having it with sweet potato and ham slices; it was delicious.

On the way to Heidelberg, I glimpsed a view of the “SAP Stadium”. The train was too packed, and I was too slow, to get a shot.  To compensate, here is a Google earth hack link.

In Heidelberg, I walked up to the castle, but too late in the day for a guided tour.  It was probably in German, so I guess I saved a few Euro.  Pretty spectacular architecture, a steep climb, and a worthy view (image 3).  Though this is a reduced image, it was very hazy looking into the sunset.  If you look closely, the spikes in the near horizon are church steeples, on the further horizon they are smokestacks (as also seen in the bus stop image background).

In the meantime, I think I violated the unwritten hotel key rule (leave it at the front desk).  I’d always seen that done in movies, but have never stayed anywhere where I left my key as I went back and forth.  Perhaps a cultural remnant that is still a taboo in some locales?  There’s a shot  (image 2) of the bus stop, or road sign, to Walldorf.  I can’t explain why that name sounds so familiar…

In between sightseeing, I got on the net, checking email, tweets and reviewing my agenda.  This next clip is from Thursday, I think I omitted it from yesterday’s notes.  After I cut-and-pasted user names from the SCN wiki to a twitter list, I publicized the list address.   Sure enough, I made a typo.

I’ve sorted that out now, and there are a couple more names on the wiki page.  Take a look.

On Facebook, Craig Cmehil posted a status about Innovation Weekend, and the reply stream gave me another name to look out for:

Image 4 has my spork, and water bottle, on the hotel window ledge.  I didn’t take the spork with me to dinner (which was Indian vegetarian, by the way, with Mango Lassi. Mmm.)

Before I left town, I got the bad news that my good friend, fellow Mentor, ASUG volunteer and distant twin cousin Gretchen Lindquist was (abruptly) let go from her employer of 15 years.  Please give he your support at TechEd; oh, and a job offer would be awesome as well.  And I just saw recent tweets about the UB40 form, too…

And then  I heard, first through a chat with Jon Reed, that Vinnie Marchandani was taken ill at a conference.  Hope he recovers quickly!

Image 5 is the battery, cell phone and laptop recharge wiring station.  I brought the power converter and a U.S. “cube tap” to allow for multiple device hookup using one outlet.  Hopefully, I’m mentally and physically recharged also, from getting here a bit early, though a few blisters formed during the hike yesterday.  Nothing a good section of moleskin can’t resolve (and I don’t mean that SAP Mentor journal I have yet to fill up, either!). 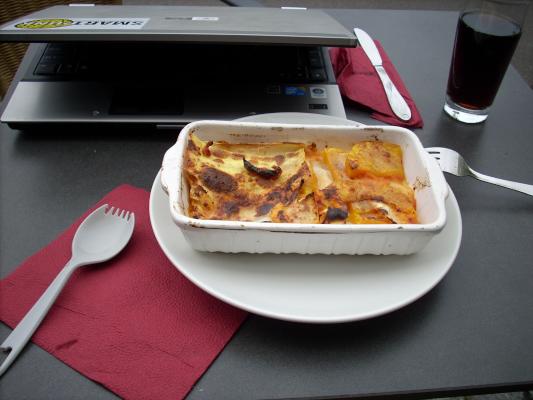 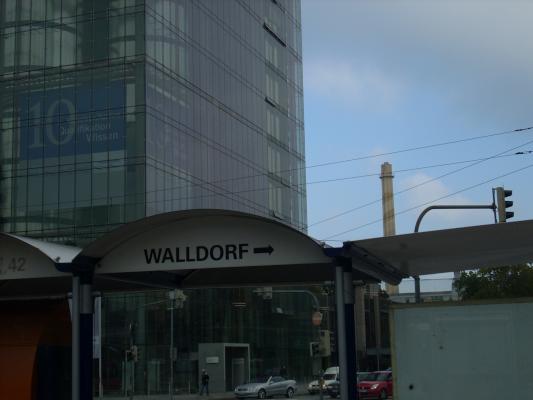 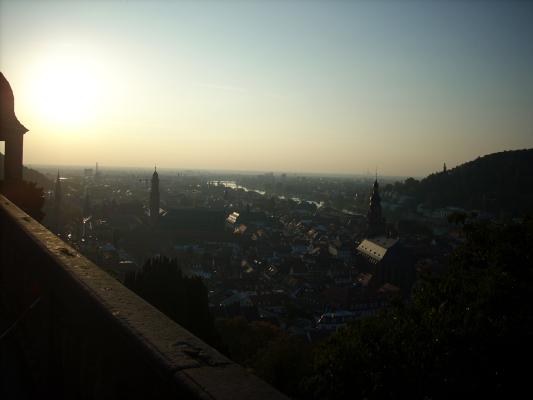 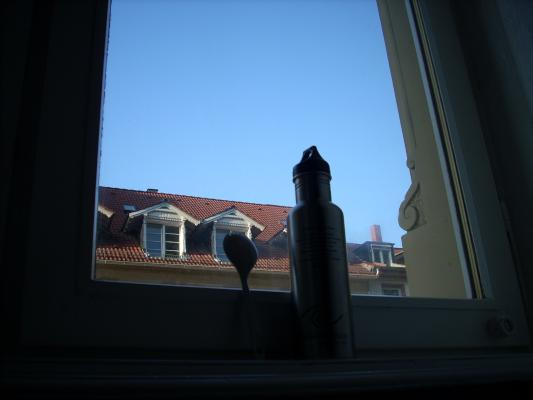 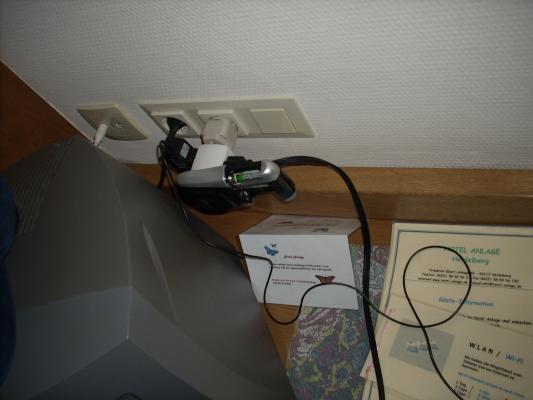 I just thought I'll let you know this series of blogs look like watching travel channel. I love this and y'day blogs. Great job:). Looking forward to reading more.
I hope you would write one(or a few?) on IW. When I go to Las Vegas, I hope I'll have some idea what to expect.

Marilyn Pratt
October 9, 2010 at 11:03 am
went to upload a short video I shot at the Messe in Berlin this evening in preparation for Innovation Weekend launch tomorrow and saw your post.  Was very saddened to hear about Gretchen and Vinnie. Speedy recovery professionally and physically to each respectively.
Berlin has been a deeply moving experience for me these past few days as I traverse some very personal history.  I'll need to process quite a bit more before sharing.  But if anyone wants some insights into amazing ways of experiencing the city, I think I'm quite prepared to assist.
See you at IW (Innovation Weekend) and most certainly in the Messe Berlin SAP Teched '10 here we come.