The mission of the IFG for Integration is to establish the collaboration between the various SAP user groups in the area of SAP Integration Suite, SAP Process Integration, SAP Process Orchestration and SAP integration. In addition to the collaboration, exchange of experiences and knowledge our goals are to combine and strengthen the feedback and influencing towards SAP and to work on joint best practices. Target of our group is to support the various PI focus groups as part of their national user groups (but not to replace them in any way).

At the last face-to-face group meeting 2017 in Berlin Hermann Steinrötter was reelected as chair of the group.

How to participate and join

The download of the documents and the registration to the web conferences is offered to all members of the participating user groups and can be accessed via their specific portals or by contacting the speakers of the special interest groups listed in the table above.

Other user groups are very welcome join our initiative.

In case of questions or ideas do not hesitate to contact us! 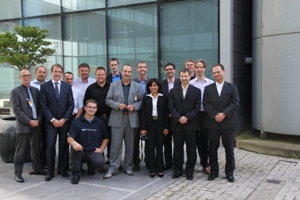 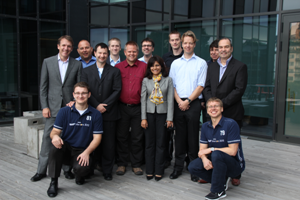 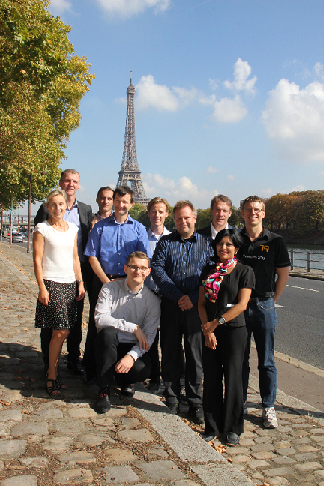 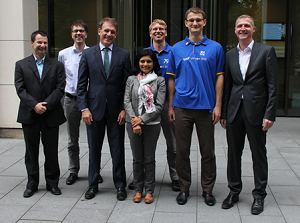 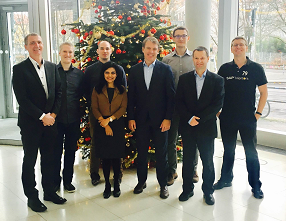 It's very good to hear there are many people who want to innovate about PI integration. There is local Moscow XI User Group which has been started to collect since this year, just informal meetings. Can we join to you?

PS Mailing list is available at http://groups.google.com/group/mskxiug but it was created 3 days ago, some earlier discussions were at http://sapforum.ru.

thanks for your interest, new members are always welcome! I will send my contact data to your e-mail address, so that we can schedule a telephone call for next week or the week after.

The Group and the initiatives sounds really exciting. Is it possible for an independent PI consultant to join this user group, attend sessions, view documents and give his views?

Do let me know the procedure for the same?

our international collaboration is on level of the different user groups and their special interest groups. Hans de Labije is currently in contact with Manish Choksi from the Indian SAP user group, so that we do hope that India will join us soon.

As yash asked i am also asking same question how can we join.

we currently only collaborate on user group level, since our target is to strengthen the collaboration between the various national user groups and to motivate users and consultants to join and actively support their specific national SAP user group. Direct participation of single companies or independent consultants is currently not planned.

Krishna Moorthy P
October 30, 2010 at 5:06 pm
Hello, I am ASUG member, but not able to get into this. let me know how to proceed? sharing some URL etc is preferred.
I was told about this group by Mr. Udo Paltzer- from SAP..

in which special interest group of ASUG do you participate?

usually it's the SIG speakers or co-speakers of the specific user group, who participate in our global user group. Are you currently actively involved in one of the four you mentioned below?

Krishna Moorthy P
November 4, 2010 at 7:40 pm
Btw, I am not very active in SIG ; and not contributing as a speaker in ASUG. However I do particupate in some of the webinars/discussions. And regular speaker at SAP TechEds.. being a one of the global partners, we do provide product feedback to SAP...

btw, I am not able to see your email Id in the business card. It is prefer to discuss over there if you are fine.
Let me know if you have any questions

Carrying on over conversations from TechEd, it will be good to get you in this list - let me follow up on that.

would be great to get more guys and SIGs from ASUG involved in our group. Best is that you directly contact Hans de Labije (hans.de.labije@vnsg.nl), since he is already in contact with other people from ASUG.

Christian Steiner
January 11, 2011 at 1:29 am
Hello, I am working for Unicredit Group Information Services and we want to install the PI High Availability on AIX lpar's. Have someone experince with this kind of installations?

if you are DSAG member, I would recommend to post your question in the discussion forum of the user group Application Integration (www.dsag.de).

To whom I should contact if I like to contribute in SAP PI best practices? Recently, I also publish a guide ( in company) on PI naming conventions and best practices. Hope we can make it general.

Is it possible that the invitation can be extended to SAP Mentors if the group believes that their suggestions can be of help?

today Michael Krawczyk and Daniel Graversen have been introduced to the regular conference call of our group.

I am a fellow mentor in the SAP PI space.
Hope you could extend the invite to me too if the wider audience accepts 🙂

I've agreed with Michal and Daniel that they forward the information from our global group to the other PI SAP mentors. Sorry that we have to restrict the number of participants. We try to limit the representatives of each group to 2 - 3. Otherwise our telephone conferences and face-to-face meetings would be too difficult to manage with this wide audience.

Where can we find the working papers? I'm particularly interested in:

the naming conventions for PI are available via the user group of which you or your company are official member. Best is to write an e-mail to the relevant contact person as listed in the section "Our members".

Any user group in Spain??

I am happy to be part of "International Focus Group" looking forward to do more to the IFG group & SCN community..

Any group based in NewZeland !

I am looking for it.

I'm looking for a group in Spain also

How to Participate and enroll from INDIA?