Like the idea of HCM Processes and Forms but not so keen on Adobe Interactive Forms?

There are other options! It is possible to enhance the HCM P&F Framework to cater for Web Dynpro based forms. The enhancement to the HCM P&F framework creates an alternative route and loads a custom Web Dynpro based form while still entirely utilising the HCM framework and all of the functionality that it offers, such as user events, validations and much more. This can be done using the SAP Standard Enhancement Framework available to Web Dynpro ABAP. All enhancements are recorded in the Enhancement implementation. Absolutely no modifications to SAP standard objects are necessary. Enhancements implementations can be easily activated or de-activated if necessary using the Switch Framework.

Any Web Dynpro ABAP UI elements can be used within these forms, such as tabstrips, roadmaps, Collapsible Trays, Groups and even flash islands if that was required.  Tab strips, roadmaps or collapsible trays can make it easier for the user to navigate within extremely large forms. Standard features in the Web Dynpro ABAP Framework can be used, such as F4 search helps, field validations and OTR (Online Text Repository). UI control can be handled easily via UI element property bindings and the use of action handlers. The WD form can also fire user events to be handled by the backend just as you would in an Adobe Interactive Form.

Search for an employee using the standard employee search screen The Process Execute application then loads up the Bonus Payment Adobe Interactive form.

Now going back to the Process selection, this time select the Voluntary Terminations process which has been setup in configuration to be a Web Dynpro based form. 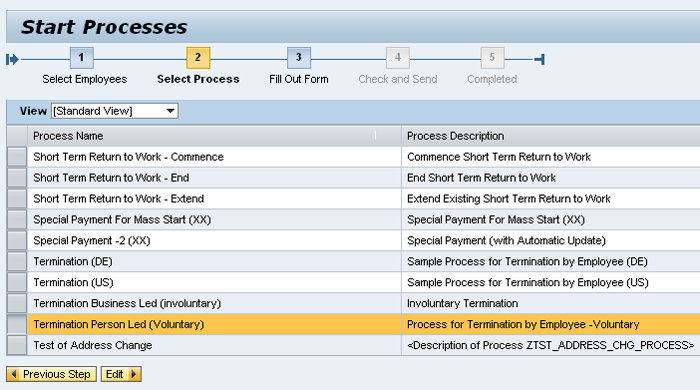 Now still within the Process Execute application the Adobe Interactive form is now replaced by a Web Dynpro ABAP Form. 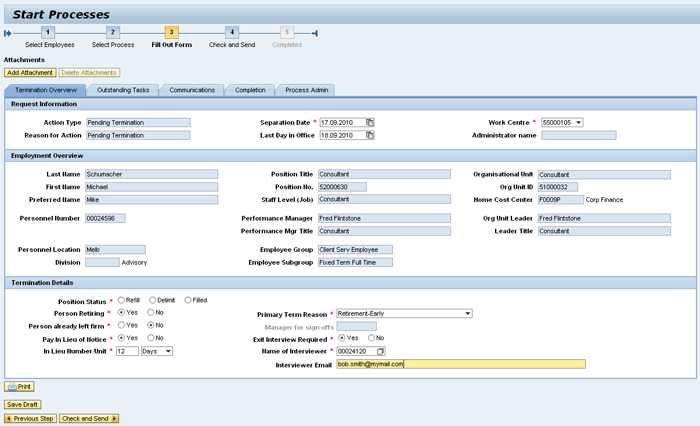 Due to the size of this form it has been done using Tab Strips to avoid the need for scrolling. Note that as part of the enhancement a print button has also been added that loads an Adobe print form in a popup window. 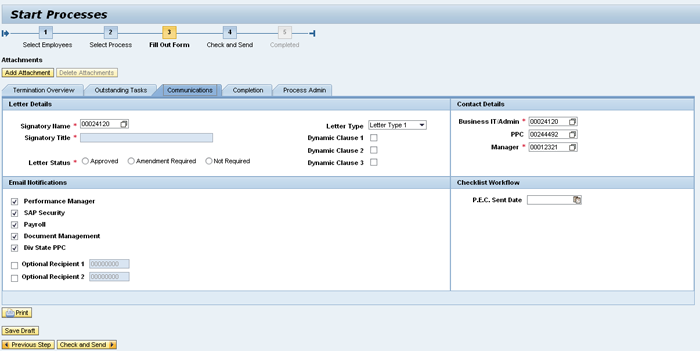 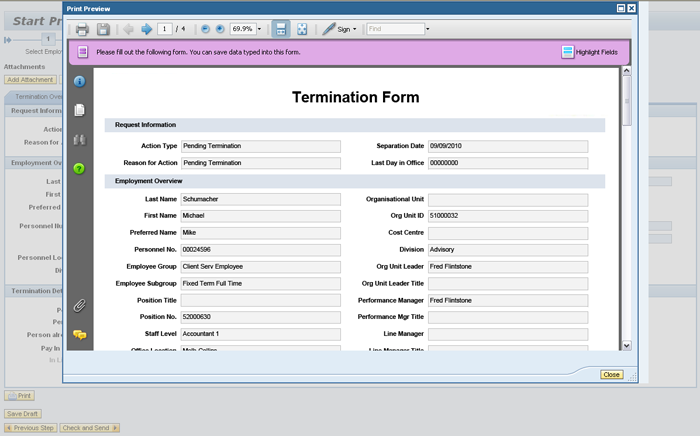 The user can then hit the “Check and Send” button and submit the process for approval, utilising the framework and workflows exactly the same as an Adobe Interactive form would.

This process works perfectly end to end and performance on the Web Dynpro Forms is quite impressive.