0 0 569
Throughout our building of StreamWork we’ve been in close contact with Evernote, which is exciting, since our missions overlap so nicely — your ideas define your potential, so if all of your ideas are in Evernote, you can reach your fullest potential in business by making use of them in every decision you take in StreamWork. Nice.

Last week we participated in the announcement of the Evernote Trunk. We wanted to be memorable ourselves at the event, so we made a quick decision:

The pachyderm is Evernote’s logo, a symbol of memory, and, well…

The elephant-head was not only a good conversation starter, but a good way for people to share their views about the Trunk Program working with SAP. And fun to take pictures of: 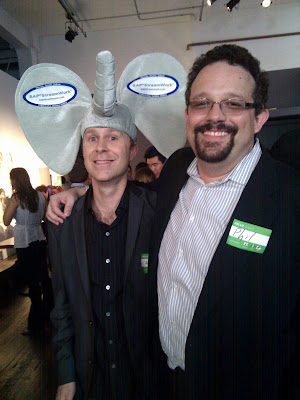 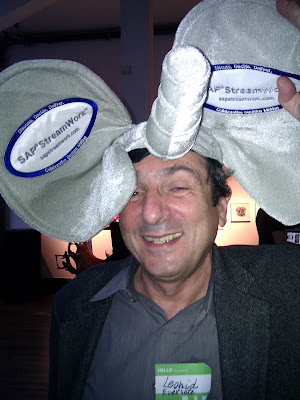 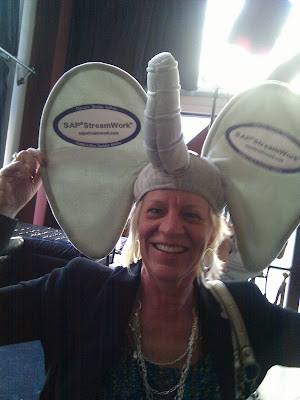 After we put the elephant-head on people (which acted as a sort of truth-serum) we learned fascinating things. A board member of Evernote told us that he was thrilled at SAP’s participation but never tried StreamWork since he clearly couldn’t afford it. Hmmm. At that time we reminded him that it was FREE. Duly surprised, he proposed we do a better job of letting people know that.

So here we go:

1. A brief conversation with Alex Pachikov from Evernote:

2. A brief conversation with Jonathan Korman, a “hyper-verbal urbanite man of letters and adventure”
Not only do we want people to realize that StreamWork is free since we want to encourage use, but we have a very similar philosophy to Evernote in their freemium model: StreamWork will become more valuable to you every day you use it, and that is our goal. Help us get started by signing up today.
Alerting is not available for unauthorized users