As I intend on importing some transports and performing some upgrades, SAP always recommends the Support Package Manager – SPAM, to be the latest.

Before I underwent any tasks, I browsed SDN for some useful information and found the following. Although they are a little dated, the principles still apply and are a great help. They talk about the downloads, unpackings, backup up, etc. In my case, I just went ahead and did it. Thomas Jung even has a Video. Check it out.

So, I download the latest SPAM version from the SAP Market Place. Note, your SAP User ID needs to have the correct access privilages.

Logged on to the NSP as user DDIC, client 000, transaction SPAM, and the following message appears. 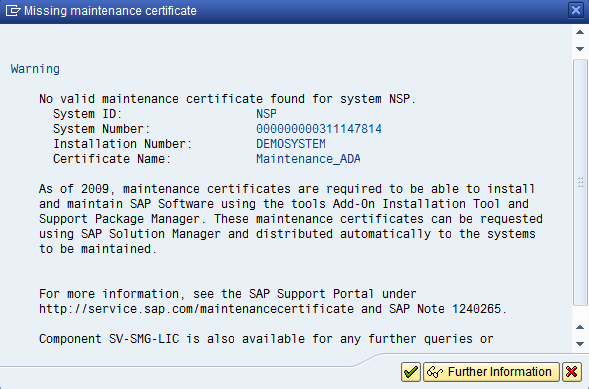 Next, got to the main screen 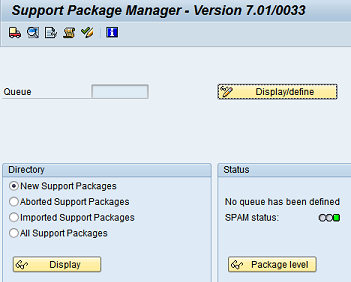 Located my SPAM update file – KD70139.SAR from the windows dialog box, and “Open”

Continued to “Decompress” the files Now, I could perform the update, by going to Support Packages->Import SPAM/SAINT Update

“Tick” to continue, and the update commenced. The Status turned red, as it performed it’s various actions 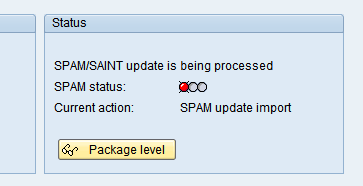 About 20 mins in, I got a Runtime Error

I simply re-started SPAM, and the update, Support Packages->Import SPAM/SAINT Update, a prompt to continue the update occured, and after accepting the prompt, two seconds later, I was asked to re-start SPAM and check the version.

Here you have it

Upgrading the kernel is not as scarey as it sounds. In fact, it is one of the easiest tasks. I dare say, a few basis people will have something else to add. 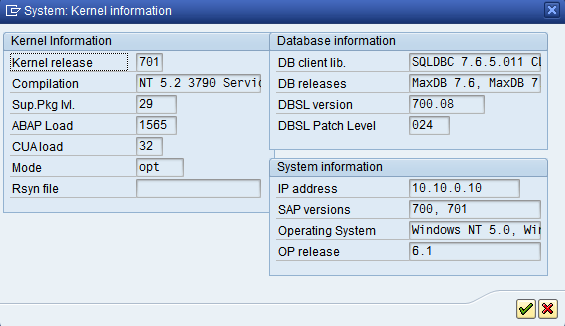 Download your kernel files, both SAPEXE and the SAPEXEDB versions. At the time of this writing, trying to download the SAPEXE, via the download manager, was causing a “cannot read file” error, displaying at the status bar of the download manager. I would sit there for ever, having a “partially downloaded” status. I managed to get the file through a colleague of my, so I can continue the blog.

As I mentioned at the beginning of the blog, there are two other blogs that do a great job in explaining the upgrade process. So, the following information I present, require reading with the blogs above.

Having said that, in short…

Download the latest Kernel versions from the SAP Market Place. Note, your SAP User ID will need to have the proper privilages access the files, also note, there may be slight differences with the exact file names due to versioning.

Go here, Support Packages and Patches – Entry by Application Group->SAP NetWeaver->SAP NETWEAVER->SAP EHP1 FOR SAP NETWEAVER 7.0->Entry by Component->Business Intelligence, then get both the database dependent, and database independent files from here,

I did the extraction into their own temporary directorys “sapexe” and “sapexedb”, and stopped the Windows Services as per the blog.

I told the copy command to “skip” them.

After logging in, to my plesant surprise, I found the immediate runtime error, I was getting, had disappeared, and I was presented with the NSP’s splash screen. 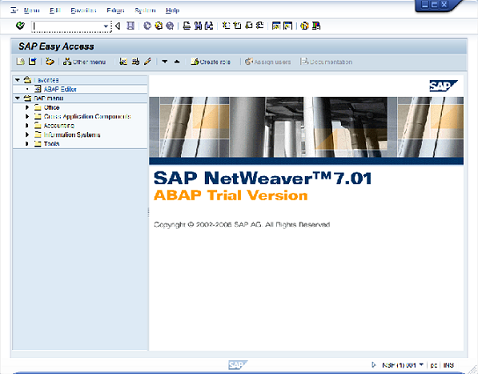 I navigated to check the Kernel version 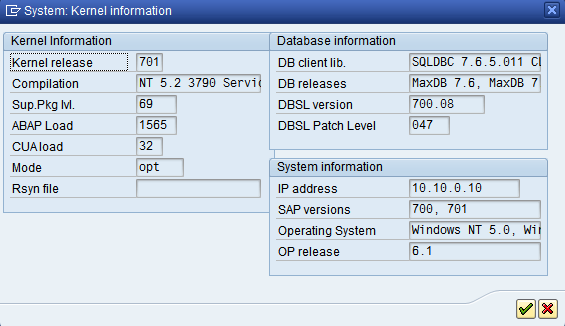 Continue to my next blog…

Broken how so? Are you getting an invalid checksum when unzipping (SARing) the archive?  I received this error this weekend trying to process a 7.20 kernel I had just downloaded.  I retried downloading twice with the same error.

Then I tried downloading via the SAP Download Manager.  I had no problems that time. I'm guessing something was causing the direct HTTP download via the browser/service marketplace to terminate early leading to the invalid checksum.  The SAP Download Manager is a little more robust in its error recovery/resumption.

glen spalding
Blog Post Author
May 24, 2010 at 1:46 pm
hi thomas, i have tried numerous times to get the "Kernel Part II (for Basis 7.01) 6,677 KB" file. it tries to start, and maintains a "Partially downloaded." status, but it will sit there for ever. If i am quick, and take a look at the status bar of the download manager i see this "unable to read data from the sapmarket place. check your settings and try again." now this was the 5th file that errored, from a selection of around 100 files that i was downloading. 95 files were downloaded, 5 could not due to this error.
One of the files successful was the "Kernel Part I (for Basis 7.01)". so it cannot be my settings.