At the recently concluded SapphireNow conference, the technological focus was largely centered on how SAP is responding to the threat / opportunity of On-Demand environments. As seen in the slide from Jim Hagemann-Snabe’s Keynote speech on Tuesday, SAP’s On-Demand Product Strategy was described as being two-pronged – based on “Line Of Business Solutions” and “Integrated On-Demand Suite(Business By Design)”. 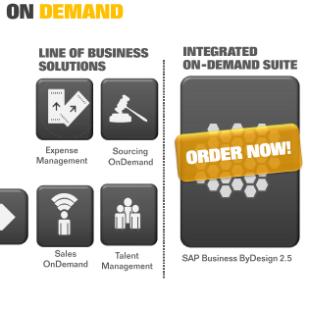 For me, the more intriguing aspect is the LOB solutions; thus, this blog will focus on these solutions.  ZDNet’s Larry Dignan summarized this functionality in his blog about the SapphireNow:

SAP’s on-demand plan is to extend Business Suite and seamless integration with on-premise systems. SAP will have two approaches to the on-demand market. “The first is line of business extensions” to on-premise software,” said Snabe, who showed a few screenshots of Sales OnDemand, a SaaS CRM play. These processes would be shared. Line of business on demand parts cover Expense Management, Sourcing OnDemand, Sales On-Demand and People Management. “This enhances your on-premise systems,” said Snabe.

As I have discussed in a Quick thoughts on on-demand and on-premise environments and their innovative potential,  the interaction between SAP’s On-Premise and On-Demand offerings has enormous innovative potential and I was hoping to learn more at the Sapphire – which I did.  In Jim’s keynote and in the Panel Discussion on SAP’s Product Strategy, Meeting Customer Demand in a Changing Business Environment, there were interesting discussions concerning the relationship between the two areas.

As I started to think about this hybrid strategy, questions began to emerge in my mind. As I followed these thoughts, I realized that this strategy involved fundamental changes in the SAP application landscape that would impact everyone involved in the SAP ecosystem – from partners to users to SAP Basis / operations staff. Some may may thinking: „Dude, lighten up – it was a keynote at a SAP Sapphire and you know keynotes are always full of fluff. The SAP executives presented a broad product strategy that demonstrates intentions for the period between now and 2015.  Cut ‘em a bit of slack”.

With so much at stake, I’d like to play Twenty Questions to try and better understand what SAP intends.

In this game, a vague question that confirms or negates an assumption may be just as useful as a concrete question.

Note: Usually, this game is interactive where the questioner’s questions reflect the “Yes/No” answers that he/she receives.  In this fashion, the game demonstrates a spiral as the questioner refines his questions -narrowing down the potential answers. Since this interaction isn’t possible, I’ll just ask my questions at once without the ability to refine them.

The 20 Questions regarding On-Demand – On-Premise interactions

A Caveat: I realize that this strategy is definitely a work-in-progress and SAP might not have the answers to my questions.   Perhaps, these questions will in some way guide the individuals defining this critical strategy.

Note: To clarify some questions, I have added commentary

I’ve left 4 questions open, why don’t you add other questions via comments to help SAP clarify their Product Strategy. I feel such efforts are useful. Interested individuals can respond / interact with SAP in an open yet innovative manner.  SAP can benefit by getting early feedback on its product strategy – a new flavor of crowd-sourcing. 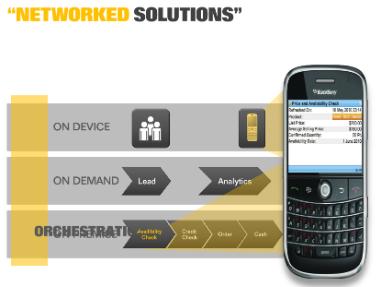