Sitting in the GC bloggers center, reflecting on the day, which isn’t over yet, half listening to Colin Powell’s keynote.

I called this post “dawn to dusk” – the flip side of the Bengies Drive-In Theatre shows done twice per year (Memorial Day and Labor Day) that are “dusk to dawn”.  The ASUG/Sapphire shows start early in the morning,  with the networking going late into the evening.

Chief Mentor herder Mark Finnern talked about the SAP Mentor program.   The session was lightly attended (I think a lot of people were in line to get badges) though the questions and answers were quite wide-ranging. 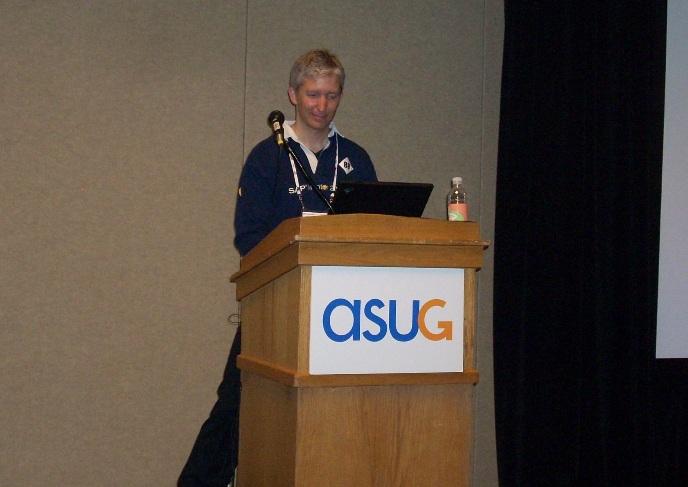 Alas, I found the convention center supplied disposable water bottles for speakers, as compared to the typical water jug with glasses normally distributed.  On the show floor, though, there are refillable bottles (see below). 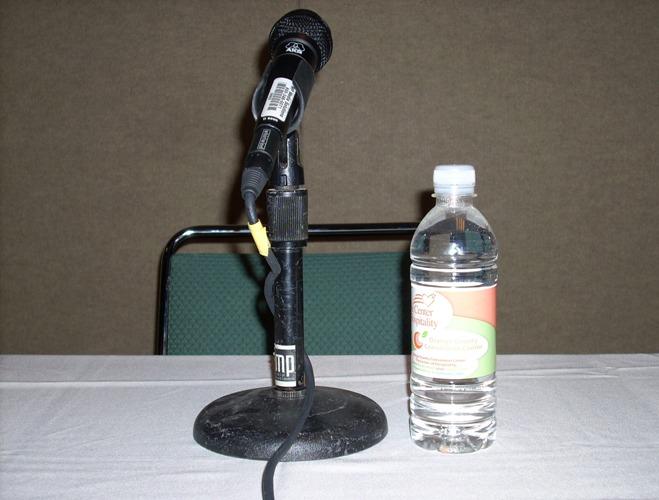 I was fortunate to sit with the ASUG Board and CIO Council, along with many ASUG volunteers for the keynote this morning.  I enjoyed seeing Al Gore stand and deliver much more than seeing a talk-show broadcast of Sir Richard Branson from Frankfurt Germany.

My indelible impression from Vice President Gore’s challenge to us: “Moral courage.” 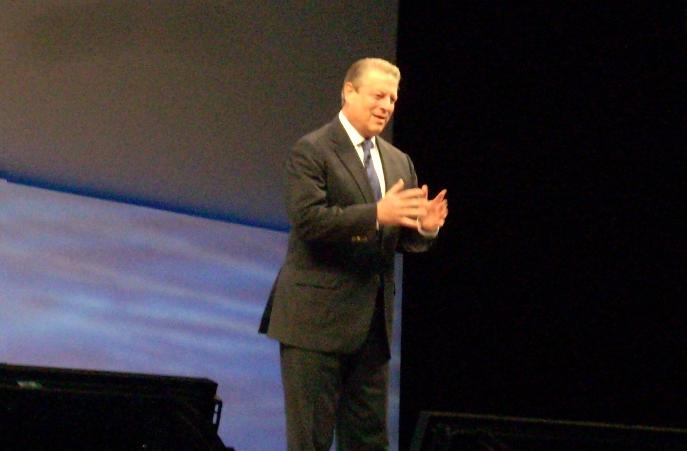 I was able to get to the show floor for a few minutes between sessions.  I stopped in the Oracle booth and found a great giveaway – the compressed T shirt, reminding me of the presentation we’re doing Wednesday on taking space (and costs) out of our databases). 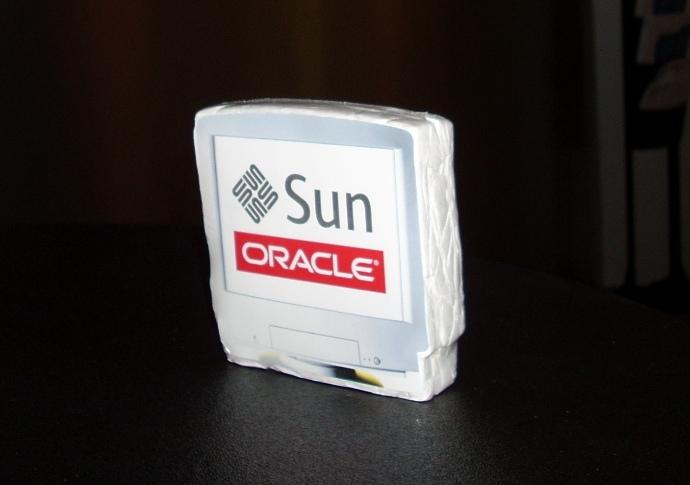 Before lunch, we had an SAP Mentor’s meeting with Tom Zuess.  One topic I thought we need to pursue is how to get more customers to participate in the SAP networks.  My sense is that developers have wider leeway, and motivation, to post than  many customers.

After lunch, I visited the  ASUG Portals Community lounge session, chatted with Butch McNally, Glen Winter and Fallon Nyce on their community challenges.  You can see they had several take-aways.

I asked Fallon to record a few thoughts, which are on the SAP Mentor Channel, and the ASUG channel. 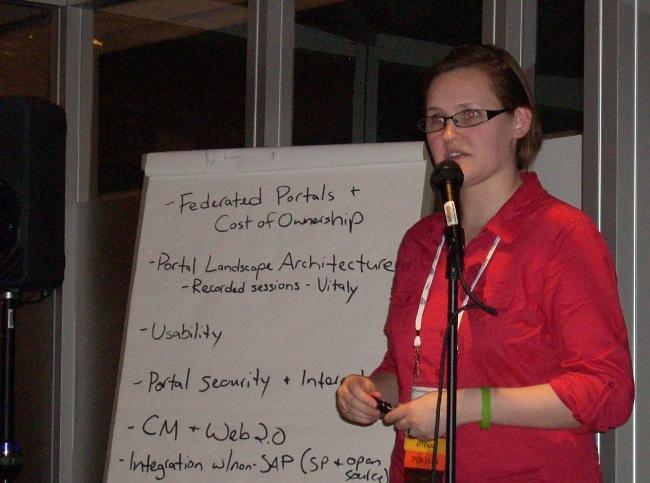 Jeff Duly of Dow Corning did a session on mobile business intelligence with emphasis on ways to get your project approved, or perhaps forgiven, how to boil your data down, and ways to communicate with your customers.

Unfortunately, Jeff’s session was interrupted by a false alarm, losing part of the large crowd that had shown up.  Jeff wanted to do a demo, so I’m going to put his topic into the webcast schedule.

He brought an iPad to demo his applications. 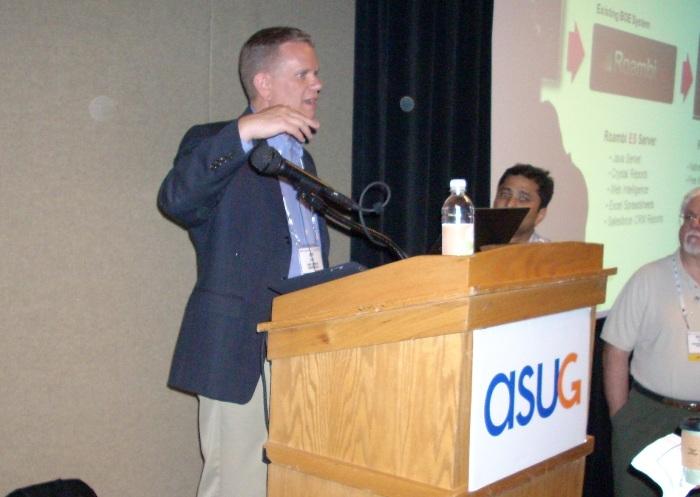 Since I’m shooting videos, they need a way to get online.

Aslan Is The Man. 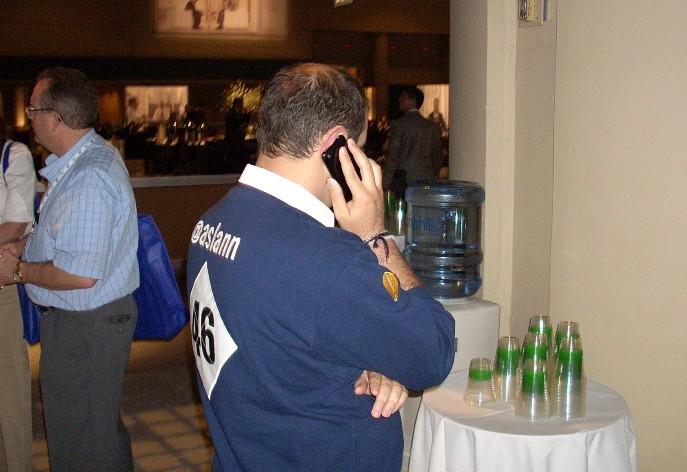 Last but not least, the two mentor amigos: 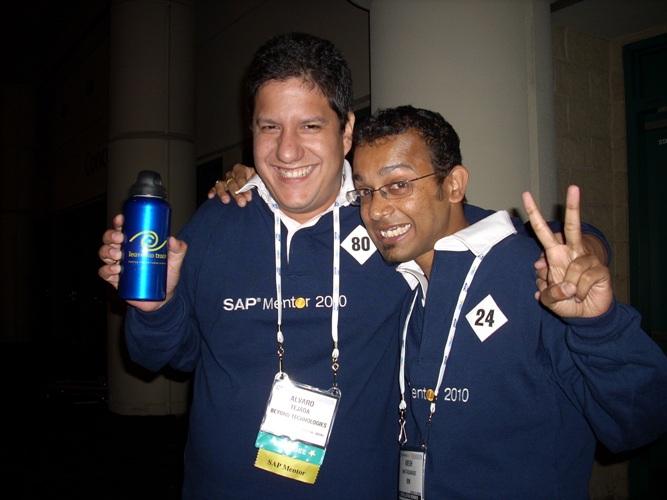