Putting the finishing touches on an #asug2010 (#sapphirenow to some of you) presentation.

In less than a week, months of preparation will culminate in a very short speaking engagement.  Even shorter for me, as I’m a co-speaker with an excellent database administrator who will cover most of the slides.  How did I spend hours of work for 15 minutes of public conversation?

In the beginning, we had ideas for presentation.  A few short hallway conversations, or perhaps subsequent to a meeting, tuning session or other opportunity.  It’s always good to be looking for ways to showcase good projects, though it is challenging to anticipate which will be interesting 6 months later, which will fit neatly into the time slot (not too long, not too shot), and which appeal to the widest audience.

Meeting the abstract deadline is important, since too late is too late.  With many emails and conferences, it’s easy to let one slip by.  Mark the date on your calendar, force yourself to ask for management approval way ahead of time.  Then, you need to switch hats from your deeply technical side to your frothy PR side, because the people reading your abstract might not know the topic as well as you do, and they will decide if your are on or off.  It helps to have a well-established reputation – who wouldn’t want Thomas Jung speaking in their track?

After the nail-biting weeks go by, and you receive the acceptance letter (or not, sorry, not everything fits), it’s time to build the slides.  This is the technical part of this blog.  I have reviewed a lot of slides, prepared by many people, and while there is plenty of advice out there on how to prepare PowerPoints (and not to), here are my tips:

Strike a balance between a lot of graphics and minimalist text

A lot of people want to put colors, cartoons, flaming arrows, and other effects all over their slides.  It’s nice, but distracting from the message.  You aren’t Walt Disney.   I tend to the other extreme, mainly bulleted texts with a few graphs and charts.

Screen shots of your transactions are dull

I know, sometimes the only way to explain a process is to point at a slide of a computer monitor and say “you click here and type in the part number.”  People are just not that interested in how it operates, unless they are resigned to a lecture class.  Add  value around the screen such as how long it takes for the work to be done, how much training, what else links to this.

Many screen shots are fuzzy

This is the session killer here, where not only does the speaker say “this is an eye chart” and apologizes to those in the back of the room (or probably the whole room), they continue on, because they have no choice.   Let’s face it, large desktop monitors have much higher resolution that what the session room will have.  Crop the graphic, zoom in on it, keep the colors simple.  Or leave it out.  I had similar difficulties with a recent blog, as my graph was about 800 by 400, but SCN only allows widths of 700.  I tried to concatenate 2 parts side by side, but that made the text go wide-screen as well, adding scroll bars to the frame.  Ug-ly.

During our rehearsal, I projected the latest version and found that the nice black letters on light violet had turned into dark black on deep purple.  Fine on the laptop, illegible on stage.  Good thing we caught that, as now it is readable.  Not the color scheme I wanted, but the audience will be happier. 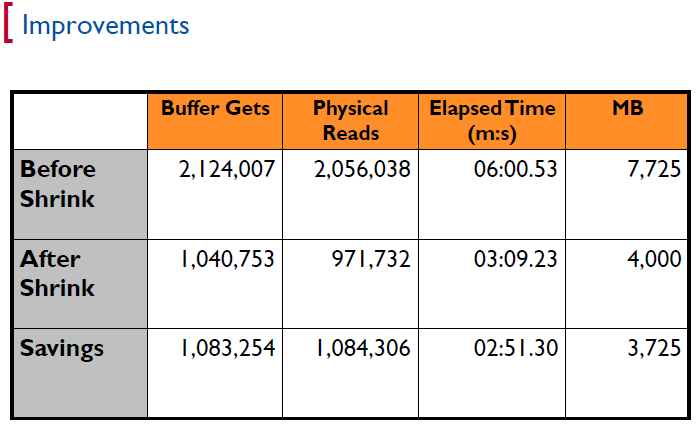 I almost got bit with this one again.  We build the decks in MS PowerPoint.  But we distribute in Adobe PDF.  So every time there are any revisions, it’s back to the export function, and then to the upload screen.  I know people are confused it they have an earlier copy than what is on the screen, and I want to make sure they can get to the latest.  When I told my co-speaker I would put in URLs for each of the SAP notes referenced, I said, oh, I better test this with the PDF.  It works fine on the slides, but guess what?  The export links were dysfunctional.  I tried using OpenOffice as an intermediary, but  found that the fonts came out different, and I was not about to go through every slide again, altering all the text.

What I learned is that MS Office 2007 and later can export to PDF files, and keep URL hyperlinks active, but that other tools to print to PDF from Office 2003 (which we still run) don’t work.

Most of our revisions for the last 3 weeks before the conference were a result of our talking through the slides out loud.  What looked fine on the screen, or on paper, turned out to be jumbled or out of order when spoken.  Rather than try to alter our speech patterns to work around the slide order, we rearranged the slides.

Have a spare tire

Nothing might be more disappointing than a promised one-hour session that is done in 20 minutes, including obligatory introductions and jokes.  Keep extra material in an appendix or other handy location, so you can fill in seamlessly if you find you’ve spoken three times faster than your normal speed.

Here is a link to what we’ll be talking about:

LAST BUT NOT LEAST

Backup your slides to at least 2 external places before leaving the office.

As I was checking over the last version, I realized it was on my office network, not my laptop.  Fixed!