My previous blog, The Full Monty – Part 2 – Logical System & Virtual Machine, was becoming a little crowded, what with some problems I hit, and the creation and running of a VM. So to lighten it up a little I thought I’d simply milestone the end of my last blog with the VM, and continue some more post installation activities here, with some other useful tasks I done in the past. Going forward, I will put a limited number task milestones in seperate blogs.

To begin with, as I am interested in the BW side of things, I thought I would run the main Data Warehousing Workbench transaction RSA1. After a few minutes of compiling, I get the following prompt.

I spent 10 minutes trying to figure out what this means, but to no avail. In the end I chose the “Replicate As Well”. So if anyone can tell me exactly what this does, please do.

After a good 20 mins, I eventually got my machine back, with the Data Warehousing Workbench RSA1 transaction in front of me, and all’s well.

16.6.2011 I now believe the replicate meta data is drawing from an OLTP system’s Application Hierarchy to replicate in the “BW” system.

One of the first tasks would be to activate the license. So, logon on to client 001, as DDIC, and run transaction SLICENSE. Press the “Determine” button at the screen. 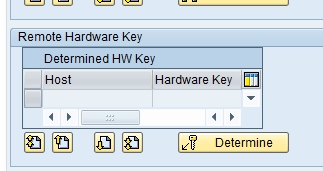 and select your host. That is, your machine, the Computer Name. 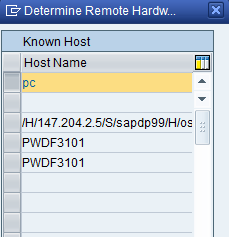 In my case it is “pc”, then another “Determine” button. Click the tick to back out, and find it has populated the “Hardware Key” field. Make a note of it.

Now go to, http://www.sap.com/solutions/netweaver/minisap.epx and fill out the form.  You will need your SAP SDN User Id, and the Hardware Key you have previously identified. On the form, make sure you choose the correct NSP option. the “(SP9…)” one. 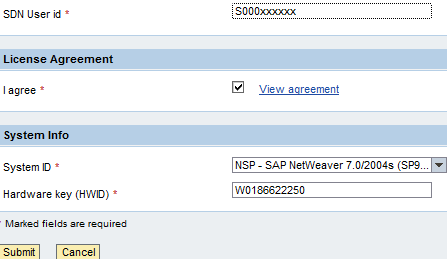 After submitting the form, you should get the license sent to the email you just supplied, shortly after, as a file attachement. Save the file to a location on your machine.

Back to SLICENCE, press the “New Licenses” button, or (F9). Then press the second button from the left, “Install New License”, of (F6).

Locate the your file, to upload it. If like me, you always get this annoying error, that says your system number is different than the license’s system number.

I’m afraid you will have to change/edit the system number in the file with yours. It’s not too difficult. Open the file in Notepad, go to the last 9 or so, digits, change them, and Save. Then re-upload the file as previously, and hopefully get the following.

That’s all for the Licensing

Without going into too much detail, each SAP system, has three startup files, “DEFAULT”, “NSP_DVEBMGS00_pc”, and “START_DVEBMGS00_pc”. You should be able to identify the system and host in the naming convention. Between them, they are responsible for setting the values of various system parameters. The location of the files exist, in my case, in the “C:usrsapNSPSYSprofile” directory.

The files are simple text files that can be edited using Windows Notepad, or some other simple text based editor, and are deemed as Profile files. I like to use transaction RZ10, because it creates a backup, of the edited file and is a more robust way of modifying the files entries as you will see.

So, log on, this time using BCUSER, and run transaction RZ10. For the first time, we need to import the existing Profile files. So go to Utilities->Import Profiles->Of active servers.

You will be presented with a “Display Profile Check Log” screen, that looks rather disastrous from the outset. Don’t worry, the NSP can cope with these entries.

Moving on, back out of this, and return the the front screen of RZ10. I wish to change some of the defaults given, based upon my own experience and preferences. Drop down the “Profile” field, and choose the system specific profile, the one beginning with “NSP_DVEBMGS00” and ending with your host, e.g. “NSP_DVEBMGS00_PC”. Under the section “Edit Profile”, choose “Extended maintenance”, then “Change”.

* BE VERY CAREFUL WHEN PERFORMING THE NEXT ACTIONS, AS A WRONG PARAMETER OR VALUE CAN RENDER YOUR SYSTEM UN-STARTABLE * 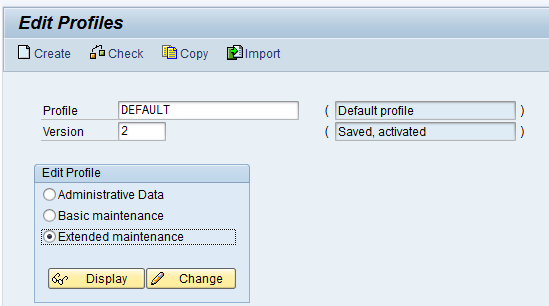 Alter, the following entries. This can be done in line with the display you see. Again, be very careful.

Now, ADD the following entries, by using the “Parameter” button, (F5). It would be best to copy the entries below and past them in to the “Parameter name:” field, as using the drop down, has resulted in a runtime error, on numerous occasions. Use the “Copy” button to add them in, then “Back”. You will be prompted to save, so naturally, “Save”, and add the next parameter.

NOTE: the parameter “icm/host_name_full” contains MY setting. Look at your HOSTS file again, where you set the loopback adapter for 10.10.0.10, and lift the description from there.

After you have added the final 4 entries, press the “Copy” button, then back out(F3). Now, press the “Save” button to save changes. If prompted with a “Incorrect parameter values detected…” message, do not bother to view them, so press the “No” button.

DO !, activate the changes, when prompted.

You will be informed that it has been saved and a new version has been created. Also, you will get another message telling you what the “Activation” does, which is merely saving the file to the Operating System.

Note: After restarting the NSP, the drop down F4 functionality, when adding parameters, should now work.

7th May 2010: ok, it has been a while since i have posted anything. this is due to hitting a problem configuring the transport system. it would be ideal if we could import and export, so i have spent hours trying to get to the bottom of it. bear with me, and i hope to have a solution soon

12th May 2010: Solution found. As it is rather lengthy, I will end this blog, and continue with my next, that will show you what needs to be done, to set up the STMS. The Full Monty – Part 4 – Transport System

Thomas Jung
April 26, 2010 at 4:24 am
>* BE VERY CAREFUL WHEN PERFORMING THE NEXT ACTIONS, AS A WRONG PARAMETER OR VALUE CAN RENDER YOUR SYSTEM UN-STARTABLE *

Although you should always be cautious in your company's systems, you don't have to be too worried with your NSP system.  If you set a wrong parameter and can't boot, the problem is quite fixable. The system starts off a copy of these profiles within the filesystem - not the database.  They are stored in \sap\NSP\SYS\profile. If you really screw up, you can always edit the files directly at the filesystem and start again.

glen spalding
Blog Post Author
April 26, 2010 at 12:47 pm
that's very true. however, i believe there is a very fine line between brave and stupidity, and if anyone is like me, stupid, i have managed to forget what i changed, and ended up NSP-less.