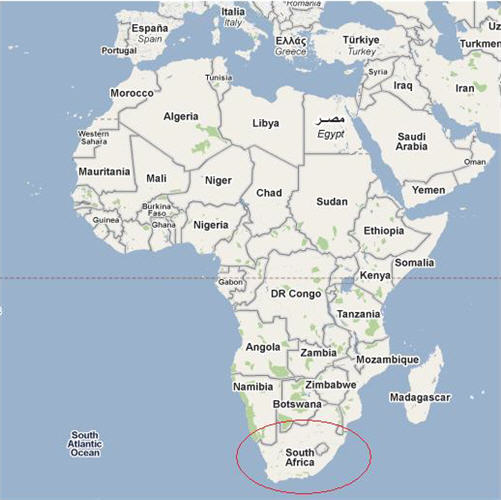 South Africa is a culturally diverse country with 11 official languages. English is however predominantly spoken to mitigate communication gaps. The climate can be compared to the best in the world with little or no natural disaster exposure. You’ll notice that the chart below depicting average temperatures during the year. Take special note of the average temps during the June/July World Cup Months & that is in the middle of our Winter season. 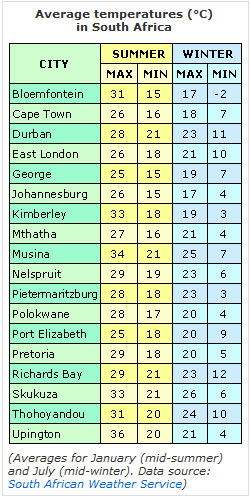 The people are sunny & warm just like our weather 🙂 Our dark history (of apartheid), if anything, has made us an incredibly resilient nation determined to succeed at everything we attempt. Our constitution, written by political activists against the backdrop of the apartheid system while imprisoned is considered one of the best constitutions in the world.

From a sporting perspective, we are a very competitive nation. Soccer in South Africa can be likened very much to the Brazilian soccer culture. It’s the biggest sport here & can be seen played everywhere you go. The tangible benefits & the legacy the World Cup will leave in South Africa will be seen & felt for years to come. Based on the newly introduced rotational system of who will host the World Cup, we may never see another World Cup in Africa for decades. So now is the time, it’s Africa’s turn to shine, be a part of this phenomenon and you too can say ‘You were there!.

If you’re visiting for the World Cup, there is an official World Cup dance coined locally, it’s called the Diski Dance. Learn the dance, we’ll expect you to do it as you get off the plane when you arrive 🙂 You can view the video at the following YouTube location:

Depicted below are the World Cup 2010 stadia that will host the games. Also, depicted below is the specific Cities within South Africa that these stadia are located. 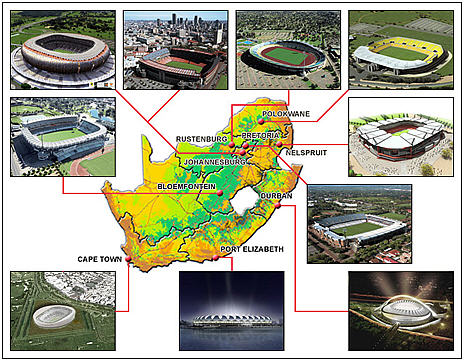 When greeting anyone in South Africa you could just use Hi, Howzit or Hola…Anything will do. It’s Africa’s turn. Experience this sporting sepctacular sporting event with an African flavour. In the famous words of Sepp Blatter, “Halala South Africa, Halala” (Halala means – It’s coming) 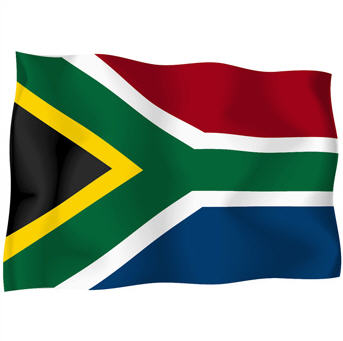