Why a Tool for Collaboration

I have tried many tools for online collaboration; a few of them successfully. We are a global company and even working with local colleagues means we are often in different offices, working from home, or just in back to back meetings. As a result, collaborating in person can be a challenge.

A group of us returned to our respective corners of the world after a recent week of lean management expert training. During the course we had created a parking lot with a number of action items. Someone had the bright idea of using our new beta tool 12sprints.com as a platform to collaborate on working through the list. It is an SAP tool made in Vancouver; I am in Vancouver; it seemed like a good fit to me. I had logged onto 12sprints.com previously, but had a hard time understanding what I might do with it by myself, so this seemed like a good opportunity to take it for a real test run.

We got the action items loaded into 12sprints.com (now renamed to www.streamwork.com) and each started to work on them. It was pretty cumbersome. We had taken our Excel list of items from the course and imported them into the tool.

We found we could comment on the list, but not much else. We could edit the list as we completed items, but it was clearly not the best way to work through the list.

Our close proximity to the StreamWork development team made it possible for us to have some face time with those in the know. We took our intentions to them and got some great input about what they were trying to do with StreamWork and what we might do differently to collaborate on our action items. It turns out that some of our “action items” were better suited for a wiki and the rest needed to have their own “activities” created in StreamWork.

By chance, the following week a few of us were preparing to give a Lean Awareness training session. We needed to complete one of our action items to update a PowerPoint slide before the training.

The collaboration started normally enough. A couple of emails were exchanged and a working meeting was suggested. Quickly we realized that this was what StreamWork was made for. We created a StreamWork activity, sent out a few invitations and were on our way. To begin with, the activity only contained the basic decision we needed to reach: could we reuse an existing slide or would someone need to build a new one.

We started by posting some background materials using the Upload function.

There was the current slide that was the point of contention.

There was some material that had been developed outside. 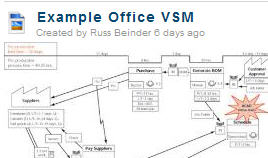 We had a photo of a mock diagram we prepared during the expert training session. Finally, there was a potential alternate slide. 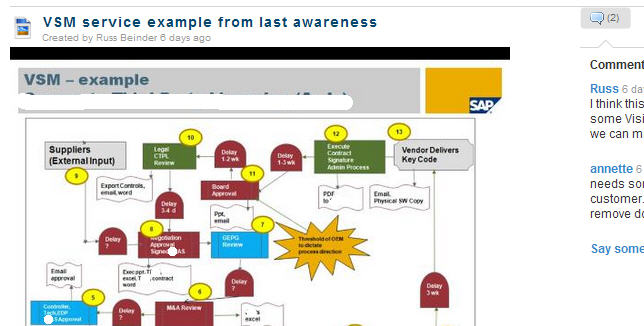 Various comments were made on the material, but we needed something to focus in on. I added a consensus tool and put my two cents in. An interesting element of this tool is that you can express clearly a positive, negative, or neutral option, and back it up with a comment.

Fairly quickly everyone’s feedback was registered and it was clear that with one neutral and two negative positions, we were very close to a decision. At this point I updated our original decision tool that started it all and locked in the decision that we needed to find an alternative to the existing slide. One after the other each of us checked our agreement with the decision. At this stage I had planned to continue with the collaboration to answer some questions needed to create a new slide, but time was running short and we needed to finalize the presentation. There was a fairly solid alternative slide that was included as an example during the collaboration, so we replaced the original slide with that one.

It was about at this moment that the epiphany came to me and upon reflection with my other colleagues. We had managed to achieve something that would have certainly been more protracted and complex using an email and meeting approach. The problem itself was a fairly simple one; coming to a decision using a traditional approach would not have been. Elapsed time was less than three hours (not counting the few hours it took Pete and me to actually realize there was a check box to click in the decision tool). Time per person was a few minutes in each of several interactions. Although it was not really necessary in this case, we have a formal sign off on the decision. We even have a complete recorded history of each change as it was made.

We did not have to find a time where everyone was simultaneously available and we did not have to forward and collect various email threads. Perhaps best of all, there is a complete record of our decision and how we got there captured in StreamWork for the colleagues that were part of the group, but that did not directly participate in updating the presentation.

The only thing that StreamWork did not help us with was finding colleagues that were willing and able to collaborate in this way. 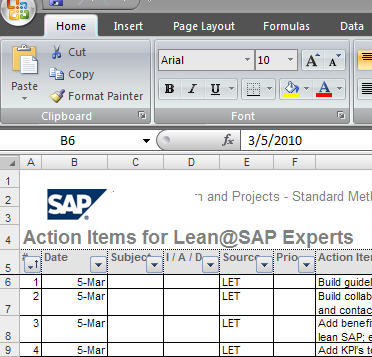 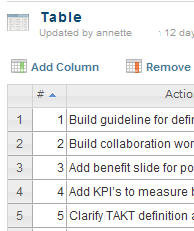 Former Member
April 22, 2010 at 8:18 pm
Sorry,I am still having hard time understanding the usability of the features, Is there any video available which can give more enriching information

Former Member
April 23, 2010 at 8:10 am
There are two things I can suggest to help you use the product features.

I have created an example activity for myself in StreamWork where I can add and play with the various tools without impacting any real work or any other users.

The second is to connect with the SAP StreamWork Facebook page. There are some videos there that may help you.