Yesterday, the Securities and Exchange Commission (SEC) provided their much anticipated announcement on the adoption of International Financial Reporting Standards (IFRS) in the US. 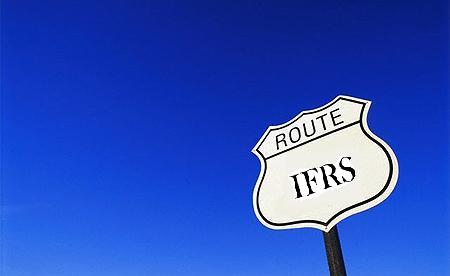 You may remember that back in 2008, the then SEC chairman Christopher Cox published an outline roadmap for US transition to IFRS with likely adoption in 2014. However since then much water has passed under the bridge – much of feedback on the roadmap both good and bad, leadership changes at the SEC with Mary Schapiro taking over from Christopher Cox and, of course, a global economic crisis! So it’s perhaps understandable that it’s taken the SEC some time to follow up on their plans for IFRS… well until yesterday that is when they announced the work plan with 2015 as the earliest likely date for public companies to report in IFRS with a final decision to be taken in 2011. The workplan also introduces a checklist which includes steps to ensure that the global standards themselves will be suitable for U.S. use. – effectively “convergence” between IFRS and US GAAP. You can read the full press release here.

So what should we take away from this announcement?

For me it can be interpreted as SEC Chairman Mary Schapiro clearly setting a stake in the ground to confirm that adoption of a single set of independent global accounting standards remains firmly on the SEC’s agenda. Clearly there is pressure on the respective standards setters (IASB for IFRS and FASB for US GAAP) to ensure that IFRS is fit and ready for adoption in the U.S before the transition finally takes place. However the move to a single set of global standards unequivocal. The train is at the station, so to speak, it’s simply a question of ensuring it’s properly provisioned and scheduling an appropriate departure time.

It’s tempting to focus on the fact the SEC have effectively introduced a delay. We won’t now know whether IFRS will finally be adopted until at least 2011 and even then adoption won’t be before 2015. This seems far into the future – so why not relax and take our foot off the pedal? This would be a mistake, 2011 is less than 12 months away and any adoption of the new standards is likely to involve dual reporting for a couple of years during a transition period as was outlined in the original roadmap. So actually there isn’t that much time at all!So what single piece of advice or guidance can I offer to folks impacted by the transition to IFRS? Quite simply, get your house in order! IFRS is coming – this has now been confirmed. Ensure that the systems and processes you have in place will be ready to easily adapt when the time to transition comes. Your first steps should be to carefully assess your situation, do some advanced planning, and assemble cross-functional teams from accounting, IT, and your auditing partner. You will need to understand the impact that IFRS reporting will likely have on your organization, your financial reporting procedures, and your staff. With the right planning and the right people, you will be able to choose a path that fits your needs — and the process will be straightforward.If you’re interesting in discovering more about IFRS and in particular the associated technology challenges please do take a moment to read my White Paper.

Former Member
February 26, 2010 at 1:15 am
i think it's safe to assume that US GAAP is not going to disappear any time soon and most probably will continue whether SEC registrants decide to report in conformance with IFRS or not.

Philip MUGGLESTONE
Blog Post Author
February 26, 2010 at 2:56 am
Thanks for your comments Greg and you raise an important and valid point. I think this is why it’s so important to assess readiness to be able to adequately support parallel / dual reporting in both US GAAP and IFRS. For many organizations, US GAAP reporting may well extend beyond any SEC mandated transition period for legal reporting – for internal management reporting and comparison purposes.