One goal of having an open, collaborative, online community is to hear from a diverse range of voices, from varied roles, with varied backgrounds and experience, sharing their point of view, expertise, and samples of work across the globe.  But it’s a balancing act to guide the cacophony of voices into meaningful information streams – weighing an open/unfettered (and therefore messy) approach against a cautious/governing (and therefore more structured and neat) approach.

The practices and policies we’ve developed try to straddle the line by offering guidance to newcomers, adding enough structure to the conversation to be organized and relevant, and protecting the appropriate parties’ interests. These practices and policies have evolved through the years as the SAP Community Network (SCN) grew and expanded to serve various roles in the SAP ecosystem, and as the Web 2.0 world came of age with developing rules, regulations, and best practices. 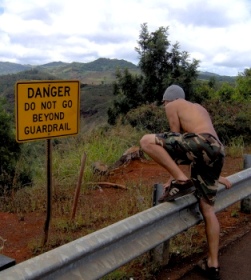 Until 2009, SAP did not have an official corporate policy around blogging or social media usage for SAP employees – which allowed us the freedom to pave the way (or pave the cowpaths as it may be), but also raised a lot of questions around what would be permitted, by whom, and to what extent.

From our point of view, we wanted all SAP employees to feel comfortable engaging with our community members, writing blogs, using Twitter, etc. We trust people to exercise good judgment, to behave professionally and courteously.  But some people and groups were hesitant to do so without official direction on appropriate usage. So, after much discussion, review, and revision, the company released Social Media Participation Guidelines for SAP employees in mid-2009 (note the use of the softer word “guidelines” rather than the stricter “policy” or “rules”). And we got some great feedback from internal and external folks like Responding to SAP’s Social Media Guidelines for Employees – Riffing on Their Blogging Suggestions, Part One and SAP Freedom Act – Social Media Guidelines.

Similar to the guidelines publicly posted by peers like IBM and Intel, the intent is to openly share the best practices we learned in our communities to encourage and facilitate employee interaction with interested parties, triggering informed, respectful, and open dialogues.

(By the way, we’ve now added a PDF of the guidelines to the Social Media Trends wiki on SCN. Feel free to reference and share it.)

In 2009, we also released an official Terms of Use (TOU) and updated our privacy policy for SAP Community Network members after carefully evaluating the community landscape, the issues involved, industry best practices and mistakes, and soliciting feedback from key trusted community members (especially the SAP Mentors). While driven by our legal team, SCN members played a critical role in shaping the final version of the TOU and privacy statement, which protected the various stakeholders – internal and external to SAP as a company – and this helped drive Introducing New Terms of Service To Users – A Comparison.

At an individual level – the Need for “Rules of Engagement”

As more voices joined the dialogue, we quickly found that there was some education that needed to happen to help people adapt their approaches and actions. But even determining what that education was, how to disseminate it, and whether there should be policing, enforcement, or consequences opened up their own debates.

In an ideal world, we could get by with a loose code of conduct, with a universal understanding of behavioral expectations. Unfortunately, that’s not always the case.  Take the Building Community: Encouraging Collaboration and Member Content, which we found to be a winning proposition for everyone… when used properly.

It’s a Fantastic System …Except When It Isn’t

As activity in our forums, blogs, and wikis increased, membership grew, the points system took off … and the negative side reared its head. The community began rumbling with reports of missing basic courtesies, disrespect, and even a smattering of unethical behavior. 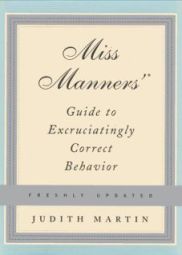 For example, there was a perception of “unappreciative” members coupled with an unhealthy level of competition for points (a.k.a. “points hunters”) discussed at length in our forums. Some members asked plenty of questions, but didn’t return to close their forum posts and thank the experts through the awarding of points to those who helped them. This seemed to be just poor manners at the very least, while others were overtly rude and disrespectful to the point that some experts refused to answer questions from some of the less appreciative members. Match this with a fierce competition for top billing, and we ended up with a volatile mix.

Then there was a hack that caused points to be unfairly added to certain members’ accounts and subtracted from others’. And this followed closely on the heels of an attempt to take advantage of new member registration and the points that go along with referring new members.

Our community managers published community guidelines and eventually the stricter rules of engagement that set standards of how we expect the community to engage, from professional courtesies like using appropriate language and avoiding personal attacks, to writing clear, interesting, engaging, and original pieces (including a bit of education about copyrights and plagiarism).

The Crux of the Issue

Open collaboration and the sharing of varied opinions and viewpoints in a safe environment is a worthy goal that carries significant value for everyone involved in such a healthy social network or community.  But establishing the right culture – of respect and tolerance, and one that encourages an open exchange – requires a mix of rules, policies, guidelines, and incentives to both protect and enable the participants.

We’re happy to share the mix and balance of boundaries that we’ve discovered are effective, with the hope that these are valuable to you and others, and with an open mind to consider feedback on how we might adapt and evolve these for even greater impact.

Marilyn Pratt
February 23, 2010 at 4:25 pm
While some folks blithely sign a TOU or duly check, acknowledge, read, agree, to terms and conditions on websites, an honor statement, if it were very short, clear, and powerfully stated might be a very interesting experiment and approach.
I wonder if there are any examples already out there for website usage.  Academic ones are pretty straightforward and as you point out, can be effective.  Is it worth a try?

Former Member
February 24, 2010 at 8:53 am
Hi Marilyn: I think you're right ... a simple and straightforward "honor statement" or agreed "code of conduct" would be do-able and worthwhile.  I'll publish a draft from gathered best practices and encourage the community members to weigh-in and edit.

Marilyn Pratt
February 25, 2010 at 3:45 pm
Wow, what a great turn around.  I see that you have published a guide in your   blog and also a   wiki version. I'll comment over there but here I'll just say a quick thanks for implementing so quickly!

Former Member
February 24, 2010 at 3:41 pm
Hi all: Marilyn's comment got me to accelerate something I've been thinking about for a few weeks now ... specifically, what would a "code of honor" look like for those of us who are members of the SAP Community Network (SCN)?  As a result, here's another blog with a draft of such an honor code - with an open invitation for you to help craft such a code.  /people/mark.yolton/blog/2010/02/24/building-community-expressing-core-cultural-values-through-an-honor-code