As Edentity involves giving electronic Identification, encapsulating the masses into a system is a humongous task. Here where SAP will play its role. As Edentity is aimed at citizens, SAP CRM system would suffice as the front end. Sofor a SAP CRM System to give  a 360degree view of its customers, the Organization model to be considered is themost important aspect.

As I hail from India,I am considering Indian Administrative structure. has been drafted. Indian Administrative Structure is consists of States (28) as of today, Union Territories  (6),Divisions (Super Districts), Hobli ( subdivision of a Taluk orTaluka grouping of few villages), Villages       (lowest levelof subdivisions in India), Municipalities ( governed by Municipal Corporations).

Note: For information in detail for terminologies, kindly refer Wikipedia. 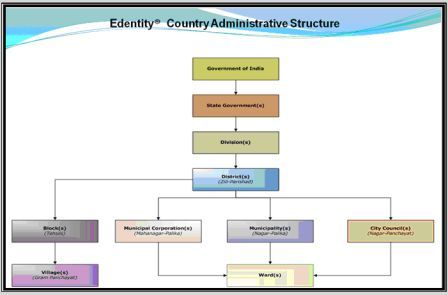 Based on the Administrative structure of India,a Country Organization structure in SAP CRM would look like similar to below flow chart. The idea of taking one at a time is to drill down from the Countries Global ID Code to Village ID Code. 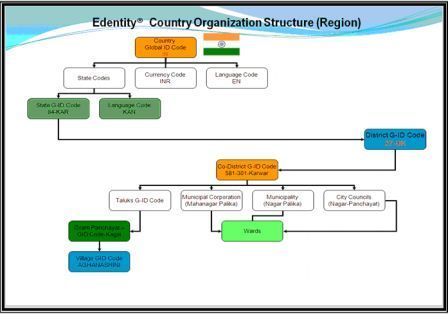 Now based on the country Org structure and the data that is taken up in the SAP CRM System as Master Data, the citizen is handed the Unique Identity Number. Below is what it would look like. 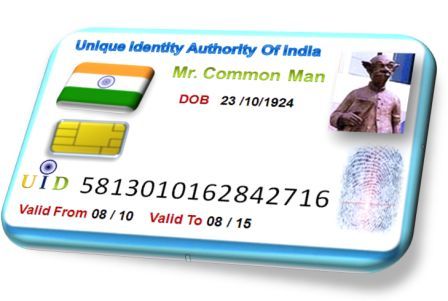 1.An Edentity ID holder is privileged of having one ID which is a combination of 16 Digit alpha numeric photo identity card passed with a Biometric and a RFID Chip embedded in the same.

2.Number is generated beginning with 1 for female and 2 for Male.

3. The automatic number generation happens through the CRM master data which is inputed into the SAP CRM System when the citizen furnishes all the details.

4.The output Edentity Card would be electronically connected to SAP System to transfer all the relevant data on to the chip along with the Scanned finger print information.

Note: The Unique Identification Authority of India (UIDAI) is a Government of India initiation. It has been created as an attached office under the Planning Commission of India . Its role is to develop and implement the necessary institutional, technical and legal infrastructure to issue unique identity numbers to Indian residents.

In the next edition of the SAP ZIPPED 2022-Listen, Adapt & Zip- Vision 1.4  lets see what are the modern Biometric Identification options that can be embedded in SAP Edentity  .

Disclaimer: The ideas mentioned in all the Vision editions to come in SAP ZIPPED 2022 are all my imaginary visions and are with a noble intention to envisage SAP as a life saver and with a viewpoint to see how SAP will transform all our lives in the years to come. So request all my readers to share your opinions. Good or bad, anything that would make me much more constructive and to publish Future Visions.As such the ideas are purely my personal ones and I shall surely indicate wherever there are any cross any references.Anything in case is already existing is purely coincidental and not with personal intentions.

Cross Reference: The structure format and some contents for Figure 1 and 2  are taken from Wikipedia.