Yes, I do know that “love all” is not a real score in tennis. It’s never announced, but it is the starting point before play has begun. Thinking back to my consulting days over a decade ago, it reminds me of that time just before the beginning of a project. Everyone meets for the first time, everything is new, the possibilities are endless. Even the wild card player can be the tournament champion.

The SAP Open tennis tournament took place in San Jose, CA, just last week. Watching these high-powered players on the court, enjoying every minute of it, I found myself thinking of even more parallels to consulting: 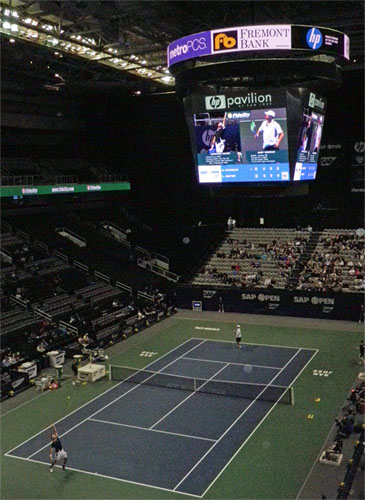 After the tournament was over, sometimes full of surprises as each match developed, we can now make plans for next year’s tournament. And when a project is complete, we – start over! There is always another project needed to improve processes and systems even further. And we find ourselves, again, at the beginning.

Since the final of the SAP Open took place on Valentine’s Day, it is even more appropriate to repeat: Love – All!