As part of the upcoming release of NetWeaver 7.3 (End of this year) we will be releasing a new version of Visual Composer (surprisingly named Visual Composer 7.3). One of the major developments in 7.3 has been to replace the Visual Composer drawing board underlying technology.

[technical part, skip if you just want to see the colors]

Visual Composer’s drawing board, ever since its inception (originally from a startup called GUIMachine) has been based on the Adobe SVG plugin. The plugin enabled creating neat graphics in a very efficient way and gave the VC drawing board a very slick user-experience and look and feel. As important is the fact that the Adobe SVG plugin is highly performant – you could have a model with many many objects without getting a performance penalty.

However, a few years ago Adobe announced that it was discontinuing its support to the SVG plugin and it was time to find a replacement to the old workhorse. We’ve looked into several alternatives, and eventually chose to re-implement the board using Microsoft Silverlight. Basically (with the help of the friends at Microsoft) we wrote the thing from scratch with a few key guidelines:

Initially, we weren’t intending to get any ‘additional’ benefits from using Silverlight instead of SVG. This was supposed to be just a technical replacement of one underlying technology with antoher (‘Just’ turned out to be a considerable effort). However – once we finished development it was time to start playing around and making it look way nicer than it did…

Here is the before and after images: 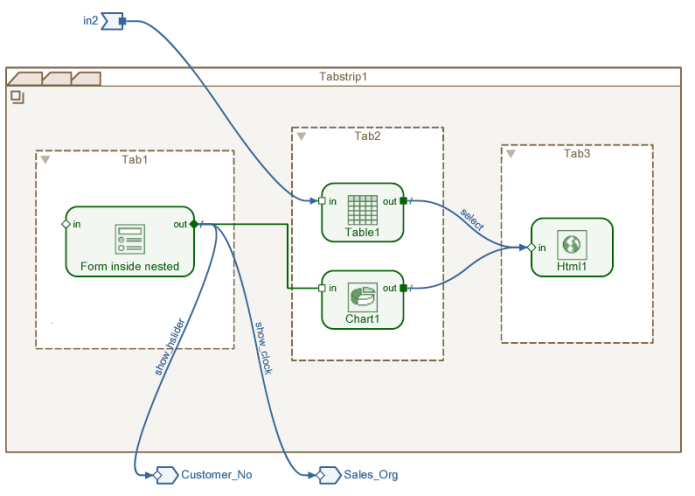 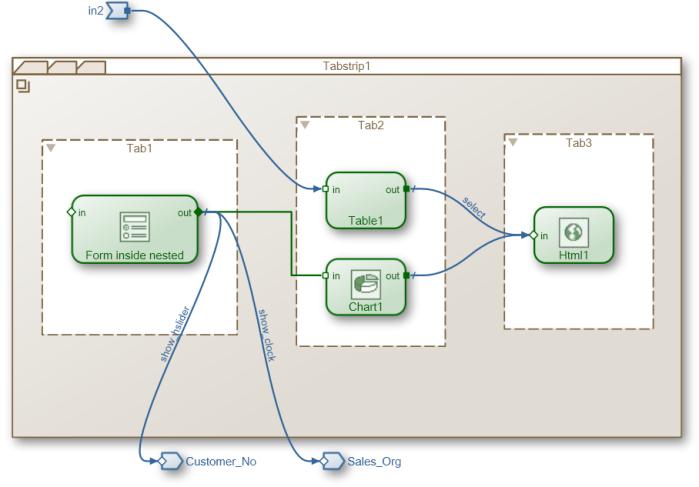 Clinton Jones
February 17, 2010 at 7:23 am
it's interesting to see this new direction with the underlying technology, could the NWBC be next?

Chintan Virani
February 18, 2010 at 12:49 am
I don't know if its just me but I could see any difference between the Before and after messages.

They added gradients and drop-shadows 🙂 Actually, I think this is an unfortunate "improvement", as I can see the drop shadows really getting in the way when trying to position elements close to each other. This same affect could have been achieved in a straightforward way using SVG as well, but I guess Silverlight and Flash are SAP's chosen rich UI development platforms.

Congratulations on the successful migration!

Former Member
February 19, 2010 at 12:09 pm
We at Bridge-x are a huge fan of Visual Composer but really? I am sure this is important but we could list many more important features:

How about freeing up Visual Composer models to be deployed as widgets? Now that would be worth upgrading to.

Yariv Zur
Blog Post Author
February 21, 2010 at 1:06 am
Hi Sandeep,
Obviously - there are many other new features which are 'worth upgrading to' especially to our 7.0 customers who, with 7.3, will no longer need a seperate CE box to leverage the 7.2 and 7.11 capabilities. This is just a nice feature.
As for the widgets - that's an interesting idea. What would be your widget engine / run-time environment of choice?

Former Member
July 29, 2010 at 6:59 am
We've just gotten the beta version of Netweaver 7.3 BW - just the ABAP stack.  Am having a lot of fun trying out the new functionality in Integrated Planning.

One thing I'm really keen to get my hands on is the Java stack and, in particular, Visual Composer 7.3.  Would I be correct in assuming that all the functionality available in VC in CE7.2 will be available in VC 7.3?  There's some really good integration with Integrated Planning that I'm keen to try out.

Does anyone know when the beta version of the Java stack will be ready?

Former Member
August 10, 2010 at 1:16 am
IE9 (beta) and many other web browser currently support HTML5 which having at least the functionality for Scalable vector graphic rendering without the need of browser plug-in. HTML5 should be consider for replacement of Adobe SVG plugins than silver light IMO

Hi Chaisaeng, tags in HTML5. Very cool indeed. However - these are only supported in the newest browsers at this point. For sure - this is an interesting direction to look at for the future.