Underwear, bananas or snack foods – what would you bet on? 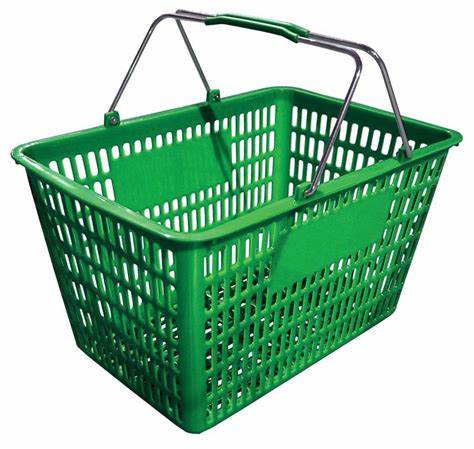 Some years ago I recall being told that in tough economic times snack foods and movie theatre tickets generally held their own in economic demand.

The reason I was given, was that cheap and cheerful feel-good products and services like snack foods and movie tickets help to smooth the tough economic times for consumers without causing too much economic hardship.

Accordingly, investments in snack food stocks supposedly fare better than most of the other stocks in EPS during downturns in the economy.

More recent studies have referred to this as the  “comfort food fallacy” and a Consumer Journal of Research study that is soon to be released suggests that this is not in fact the case.

Conversely, I recently read that underwear purchases tend to decline during economic downturns – who would have thought that? The rationale for that, apparently, is that when times are tough, you can afford to live with ratty underwear for a little longer as no one can see your underwear.

Purchasing new underwear makes you feel good and hence people do it when they can afford it because it simply makes them feel even better! I am not sure what to believe, our understanding of the world around us continually changes and as a consequence, we have to be ever conscious of the fact that what we think is happening today based on what was happening yesterday may not in fact be the truth.

Understanding the state of the economy and which shares and stocks are likely to be doing well at any given time, makes perfect sense to the day trader or professional stock market players and one would expect the same degree of understanding of priority and relevance and impact of certain IT initiatives and investments on the part of Information technologists supporting SAP.

Time and time again though I have seen misdirected energy with respect to project initiatives or simply a lack of traction in IT innovation when funding for large projects disappears. The reality though, is that during tough economic times IT usually has the rare opportunity to have some resource slack that can be redirected to finding opportunities to address the niggling and annoying grievances that business may have had for some time.

Empowering Users is Key
One space where there is a great opportunity for IT to help support businesses in getting rid of niggles and grievances is through empowerment. Here I am not talking about giving away the “keys to the technology city” but rather evaluating the effectiveness and efficiency of business practices and if necessary given users tools to do the work they need to do without needing to go through an IT development lifecycle.

I recall some years ago visiting a large refrigerated food warehouse and spending some time with the dispatch controller who was printing the picking lists for the fork truck drivers. This poor individual was frustrated by the fact that he spent more time in the office than out on the cold room floor resolving business issues.

Personally, my preference was to be in the warm room rather than the cold store but he did have a point about the wasted time. His mission was to turn around refrigerated reefers as quickly as possible and if fork truck drivers were waiting for pick lists, this efficiency was being lost.

It transpired that the reason his pick lists took so long to be generated was that one of the developers had inadvertently left a piece of debug code in the report that generated the pick lists and the users had no idea that this was a coding error, they simply assumed that the pop-up asking to continue when printing (y/n) was supposed to be there.

Only after I commented on this to one of the support personnel did it transpire that no one had checked the printing routine, they had only checked the screen preview when developing the report and so valuable efficiency opportunities had been frittered away unnecessarily for months simply because of an innocent and overlooked error.

It is easy to look back at this now and say, well clearly the QA process fell down, but it is just as easy to understand that in this case, IT didn’t like to venture out into the cold and see the harsh truths of how users use and interact with some of the things that IT deploys otherwise they would have picked the issue up sooner; simple corrections or improvements can make a massive difference not only to the user experience but also to business’ perceptions about how attentive IT is to business’ needs.

Helping users to understand the automation around their business processes is even better because once they understand what the solution is trying to do, they can understand if it is doing it properly. Had business been more of a participant in the development lifecycle of this solution and less of simply a ‘recipient’ or ‘benefactor’ then perhaps the solution would have been even better.

I was also amazed in this same facility to see the laborious efforts associated with cycle counting and in particular the amount of manual transcription and dual system ‘conditioning’ of data practised in the spares store.

Although SAP was the system of record, some dual record-keeping was done in MS Access because certain spares needed to be maintained in terms of quantities and values as a result of projects in progress.

Engineering had the cunning habit of buying capital projects with a bunch of spares and components that were part of the capital purchase price but which were not accounted for separately from the capital project. Whilst this would have driven the accountants mad with anxiety, the storeman knew that he needed to be able to account for these items and eventually instantiate them in the system of record when the project was completed, even if he brought them in at a zero cost value.

Interestingly, when the project closed out, he would manually post each item and its quantity manually into the SAP spares inventory system because he had no smarter way to do this – this would often take days and hundreds of man-hours and amount to hundreds of record creations and adjustments.

Had he been aware that there are MS Office to SAP integration tools that work with EXCEL and MS Access and even SQL Server databases he might have saved himself immense amounts of productive time, not transcribing but simply maintaining his store’s inventory in SAP through direct SAP integration with MS Office.

Had IT been aware of the real business practice an even more effective method of handling these unusual items might have been appropriately configured for every project!

In conclusion, I will mention that this same operation revealed that in shopping cart analysis with the supermarket chains that they supplied goods to, they discovered that the most frequently purchased grocery item per supermarket shopping cart, was bananas together with milk!

The reason this was thought to be so popular, was that bananas are one of the few fruits that most people are not allergic to unless they are also allergic to latex. Bananas have a limited shelf life, are relatively cheap, and are eaten by all age groups; bananas are the perfect snack, they come with a built-in wrapper that anyone can open, young and old alike.

I wonder whether any further studies have been done on this topic? Who knows this ‘fact’ for me may have since been debunked and I need to rediscover what people most often buy when doing their grocery shopping?

Sounds like a Big Data project!
Alerting is not available for unauthorized users

I think that the demand for lingerie will not fall.