This check can be performed rather easily if you know how external scheduling tools work. In general every external scheduler uses the BC-XBP interface provided in SAP_BASIS in order to schedule background jobs in the SAP backend system. As soon as the central scheduling tool decides to schedule a job in the backend system then this job is triggered immediately in the SAP system, i.e. if you look into transaction SM37 you will hardly see any externally scheduled job in status “Scheduled”, “Released” or “Ready” but only in status “Active”, “Finished” or Cancelled”. The first three steps are performed all “at once”.

On the contrary, background jobs which are periodically scheduled within the SAP system via SM36, SA38 or directly out of an application are most of the time in status “Released”, because as soon as one job execution finished a new job instance with the same name is created and put in status “Released”.

With this knowledge at hand it is pretty easy to get an idea about which jobs are directly scheduled in the backend system and bypassing your central scheduling tool.

Call transaction SM37, select a time frame in the (near) future and select only status “Released”. Then switch to the Extended job selection. 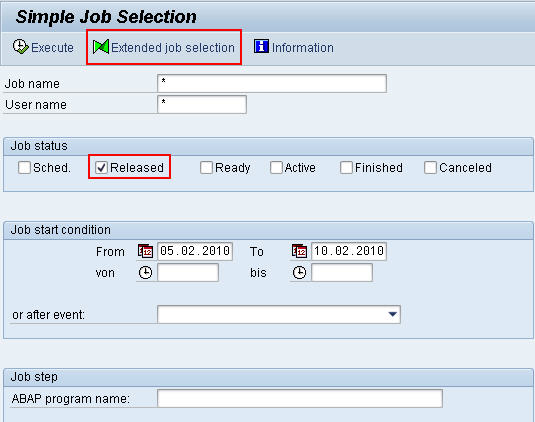 On the Extended job selection you go to tab strip Period and select Only periodic jobs. Execute the selection. 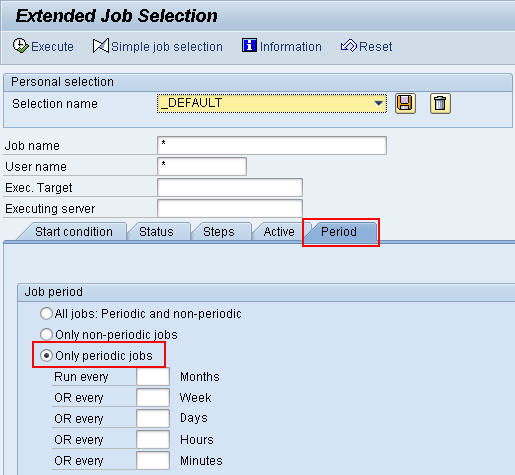 You get to see the list of all periodic jobs in status “Released”. These are all good candidates which should be 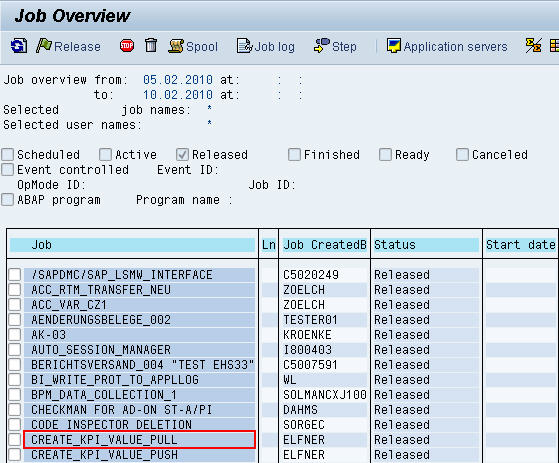 From this list you can double-click on one job an get the information how frequently this job is scheduled. 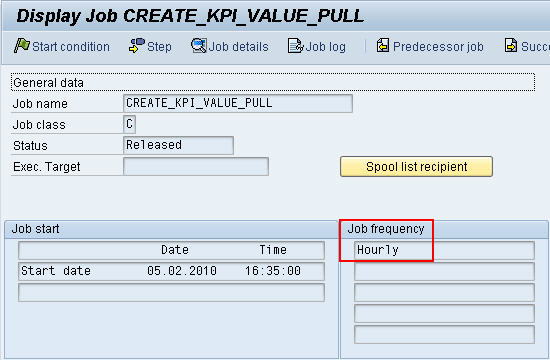 As an alternative to transaction SM37 you can directly access table TBTCO (via transaction SE16) and select all jobs with PERIODIC = ‘X’ and STATUS = ‘S’. The advantage here is that you can see on one view which periodic frequency is defined for the one job or the other.