The application SAP BusinessObjects Planning and Consolidation version for Netweaver (SBOP PC NW) contains delivered functionality to transport configuration.  In some cases transports may fail and the only way to correct the issue is to delete an appset and re-import it.   This blog lists the steps that I found successful in performing this activity.

1.  Target System only:  Delete the appset in the target system by using the delivered program (SE38):  UJS_ACTVIATE_CONTENT.  Enter the AppSet Id and uncheck all options except for “Delete the Appset”: 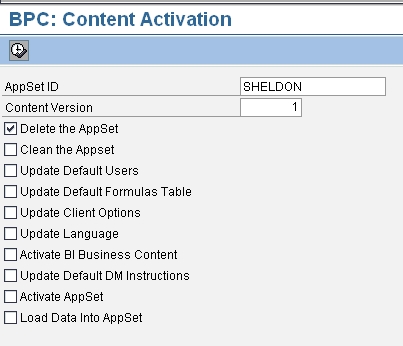 2. Source and Target systems:  Delete all entries (source and target systems) in the tables ujt_trans_hdr and ujt_trans_obj by running the program (SE38) : UJT_DLT_TRANS_DATA.  Select the appset to be deleted (you may need to type the Appset name directly into the prompt box):

3) Target and Source Systems:  Verify that all table entries for the appset have been deleted.  Run program (SE38) : UJT_CHECK_TABLE_ENTRIES.  Enter the Appset name and UJ* to capture all BPC tables. 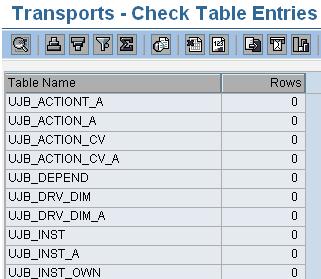 4. Only after steps 1-3 are completed: create a new transport (t-code: UJBPCTR) in the source system for the appset and release to the target system. 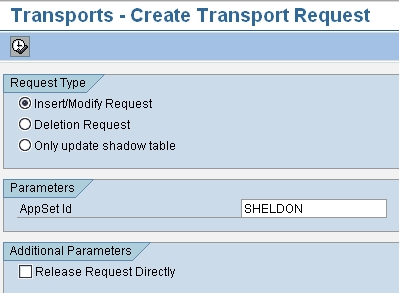 If we had to delete our order data table in our ECC system to do a transport, I think that system would be out the door.

Also seems like a lot of extra work & risky for some thing that should just WORK!

Sheldon Edelstein
Blog Post Author
January 21, 2010 at 7:53 am
I appreciate your comment, but please bear in mind that the situation that caused the development of this process was somewhat unusual and not typical.  In my experience BPC transports do in fact work.  For the unusual situation I described the procedure (admittedly somewhat extreme) was the most efficient solution.  My intent was only to share a process that worked in this unique situation.
Regards,
Sheldon

Former Member
January 21, 2010 at 7:46 am
As Jay commented, this is not something that anyone would expect in a enterprise system.... that too a system where the legal consolidated data has to be stored.

Jeffrey Holdeman
August 30, 2010 at 5:53 am
Just wanted to share an experience from another BPC 7.5 SP03 customer...when they ran the appset deletion step using program UJS_ACTVIATE_CONTENT it did not delete the system-generated journals table for each application.  Consequently the transport import would fail.  This situation required the journals tables be dropped manually.  But subsequent import of the transport was successful. My understanding is the problem with these unwanted tables will be fixed in SP05.

Sheldon Edelstein
Blog Post Author
September 20, 2010 at 8:21 am
When attempting to delete an appset make sure all BW configuration has been disconnected from any BPC objects prior to attempting to execute the deletion function.  BW objects, such as DTPs and Queries can lock individual BPC objects and prevent the deletion process from executing completely.

anyway, this one more option for us to do. it is good and dangerous. we need to be careful.