I love enhancing ABAP code and everything concerning the use of the enhancing techniques, so the ABAP Article Implementing a Business Add In an Enhancement with the recent blogs Dangerous Liaisons in User-Exits and How to Avoid Them and Dangerous Liaisons in User-Exits – Revisited on ideas of how to reorganize the user exits, convinced me to share with the great SDN Community an interesting  project experience.

Nowadays a lot of companies are involved in business processes characterized by mergers and acquisitions, which require continuous transitions from a vertical organizational structure to another one composed of different organizational units; therefore also the IT systems have to adapt to these changes and if possible, reduce the operating costs.

A few years ago, I was involved in a big IT consolidation project of a German multinational company, leader in the field of chemistry, organized into 17 business units and operating around the world in 18 countries.

As mentioned above, the project goal was the consolidation of the existing SAP ERP landscape by migrating from an architecture structured in several SAP instances to a single one by ensuring data integrity and application stability. 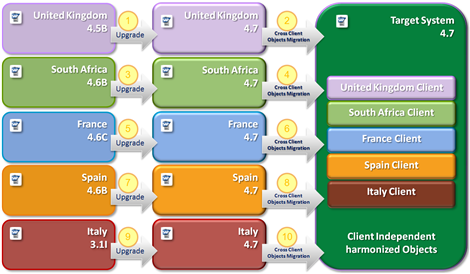 The methodology used to migrate each productive country SAP system into the target harmonized system consisted of the following 4 steps:

So, in summary, nothing unusual, a nice and big upgrade project with workbench objects migration and conflict resolution.

But the customer, additionally, asked me to remake the facelift to all exit routines. What does this mean?

In  the target harmonized system, merging the exit routines is not so easy, because although the data are well separated by the client, the countries have to implement their business specific logic while sharing the same programs.

Figure 2     USEREXIT_SAVE_DOCUMENT_PREPARE in  SAPMV50A; Implementation taken from the ITALY system

Taking as example the same exit routine implemented in two different local systems, as shown above and in the following screenshot, in the ABAP code of each different implementation you can see that: 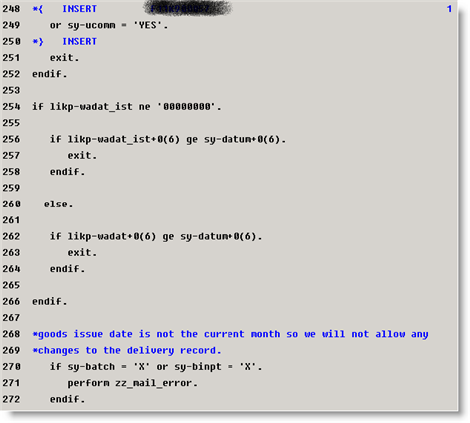 Figure 3     USEREXIT_SAVE_DOCUMENT_PREPARE in  SAPMV50A; implementation taken from the UK system

Therefore it’s clear that each company (or country) handles its business processes in a different way, so the ability to adjust the user-exit code accordingly is fundamental.

Once the map of available user-exits coming from each country system is available, a possible “low cost” approach for the harmonization could be to separate the business logic by implementing a CASE statement on the system variable SY-MANDT. 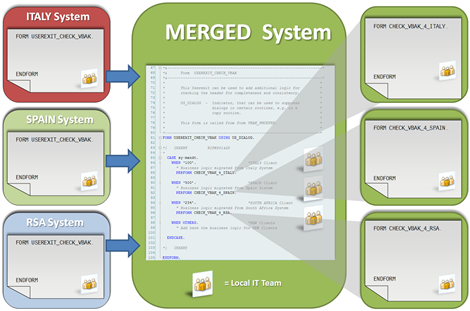 Figure 4     A simple approach to harmonization

Which are the impacts of such approach in the merged system?

The idea; the approach with BAdI

Everyone knows that Business Add-Ins may also be implemented on the basis of a specific filter value. So taking this in mind, the reorganization solution proposed in this blog is based on 2 main rules: 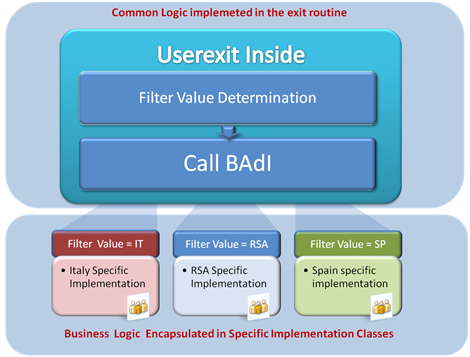 In other words the harmonization of an exit routine is not achieved by collecting, in the same named routine, the single source codes taken from the local systems ; each single routine will be encapsulated in corresponding BAdI methods which belongs to different filter dependent BAdI implementations.

The proposed solution could be applied to classical Userexits, Customer Exits, Field Exits, Substitutions & Validations Exit, BAdIs, and hook enhancement (Source code) with the exception of the VOFM routines.

Since VOFM routines are dynamically called by application programs, they are not well suited to this kind of approach. So, during the harmonization project, I opted for an alternative solution by adopting a system specific name-range, renaming the routines where necessary.

Now let me give you a step by step overview of how to implement the harmonization solution.

The demo system is an IDES ECC 6.0 that’s very similar to the customer’s merged system described at the beginning of this blog.

In the example of this blog, the available clients defined in the demo system should represent the local systems (countries), in accordance with the following schema

First of all, let’s start, with the definition of the following required development objects:

So, in order to represent the individuals local systems , I created a custom data element with a custom domain with a cross client value table . The table entries can be updated by a maintenance view.

In my example, the filter value to be determined at runtime, depends on the entries of a client-dependent table with a very simple structure.

The aim of this table is to associate a filter value (table field NATIONSYS) to each exit routine name (table key field USX_NAME), where the name of the exit routine is a constant defined in the user exit source code and represents the SAP exit routine that’s really implemented (see picture below).

This field is used at runtime to identify which badi implementation has to be called.

The main advantage of the filter determination table is that it’s possible to deactivate, even in a productive environment, the implementation of a single exit routine by removing the filter value or delete the whole record.

3. Determination logic of the filter value

Since the example shown in this blog is very simple, I won’t discuss about the logic of the determination.

In order to keep the ABAP code clean inside the exit routine, the determination logic of the filter value should be encapsulated in a public static method, but also a function module is fine.

I leave you the freedom to implement if necessary a more complex logic i.e. by introducing further additional keys such as: SY-REPID SY-CPROG, SY-XPROG etc.

The BAdI design, such as the definition of methods and parameters, is the part of the harmonization that might require the greatest effort.

Here you can choose whether to create a BAdI implementation for each exit routine or ensure that the BADI serves as a collector of multiple implementation methods (this is my favorite approach), in case the exit is part of a complex enhancement.

For instance, in sales and distribution, the program for sales orders processing contains many exit routines as shown in Figure 12.

Therefore, as described before, all the corresponding methods should be placed in the same BAdI definition

There are no rules to design the BAdI interface, because the method’s parameters can be different depending on the type of exit to be reorganized.

Whenever possible I suggest to use the same parameters used by the standard exit-routines. However, the following summary table could be used as a basis for the BAdI design.

Figure 14  Tips for the methods definition of the BAdI interface

Once the BAdI definition is completed, we can proceed with the creation of the filter dependent implementations; a single filter value is specified in the filters combination editor.

Inside a single BAdI implementation method, the ABAP code becomes a “copy & paste” of the user-exit’s source code coming from the original local system, with the slight difference that the source code must be ABAP OO compliant.

6. All the pieces together

Inside the user-exit, the calls to the classical BAdI or the new kernel based BADI are very similar. 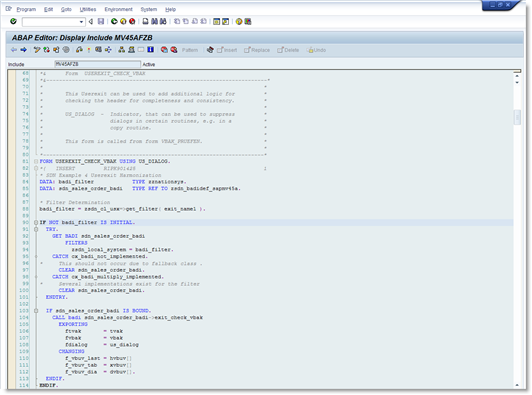 7. Create a new record in the table for determining the filter

Last but not least, in order to trigger the BADI implementation, we need to determine the correct value of the filter; so the update in every client involved of the filter determination table is important.

For each exit implemented, create a record in the table, specify the exit routine name and assign a single filter value (see Figure 10).

Please note that during the project, the latest release available was the SAP R/3 Enterprise 4.7; for the definition of the BAdI, now , it’s possible to define both classical BAdIs and BADI using Enhancement Framework

Quite often the creation of exit routines is not made with the proper attention  under-evaluating  its importance.

In this blog I discussed the use of Filter dependent BadI’s  as a possible solution to be adopted in order to reorganize the source code inside the exit routines of your SAP ERP system avoiding terrifying situations like the one shown below. 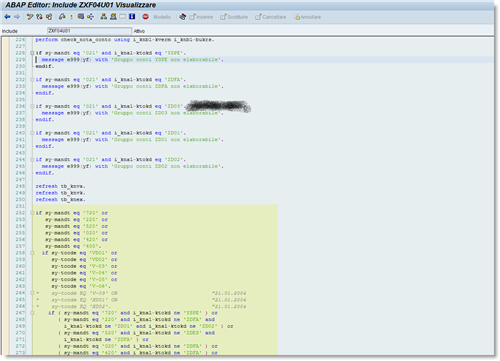 Figure 19  Userexit example which has a strong need for restyling

I hope this blog could be a good starting point to help you in this task.

I would like to thank my colleague @Techedge Sergio Cipolla for his support.

Thank you very much for your refreshing insights on this persistent issue.

The initial landscape you describe in your scenario accurately describes our environment at the Lindt Group (although with different countries).
If we were to merge the existing SAP systems I could easily merge the (CMOD) User-Exit function groups within package ZCMOD. The only thing I would have to do is to adjust the first frame user-exit fm (which is called in the ZX-include).

This would work as long as the companies are separated on different clients. However, this approach fails when the merge occurs at the level of company codes within the same client. Yet in this case a realignment of the processes is inevitable.

In VOFM routines that I have implemented you will just find a method call where the required logic is implemented. Thus, your BAdI approach would be feasible for these very odd exit-routines as well.

The general problem I see with the BAdI approach applied to CMOD User-Exits is that quite frequently the User-Exit function group contains SAP standard includes which I add to the Z-Exit groups as well. However, such includes cannot (easily) be added to BAdI implementing classes.

Looking forward to reading your next witty blog.

In my opinion the BadI approach, appropriately modified, should works very well even when the merge occurs at the level of company codes within the same client.

Take into consideration the following points:

1. Always use (only) the new BAdIs which have a high degree of flexibility; the filter combinations editor is very powerful!
2. The filter’s determination mechanism should be revisited;

This topic is the subject of a project that I will begin shortly.

I'll let you know as soon as implementation begins.

This was a very good blog. We too are trying to bring about some structure to our code across multiple waves / rollouts. I was just curious about following points
1. What were some challenges you faced while implementing this
2.Did you have a problem where you needed to change the Filter in the BADI definition
3.In your blog you have done it only for user-exits, would it make sense for other objects like reports (say tax calculation etc) what about changes to BADI interface (addition of extra variables) etc

It would be great if you could answer these / blog about your experiences after your implementation is finished !

Andrea Olivieri
Blog Post Author
May 11, 2011 at 8:22 am
Hi Aditya,
The biggest challenge was the initial analysis of the active user exits which was required for the definition of the BAdIs.
Changing the type of filter is a request that was never made, because the initial analysis and design of the solution precluded this kind of eventuality.
However, the filter change in the badi definition, could be very difficult to manage without changing the code of the calling program accordingly.
The solution described in the blog makes sense for the common objects, the so called "core" objects, basically standard programs and user exits.
Regarding the custom developments, such as abap reports, it might make sense if the development starts from scratch, but in the project mentioned in the blog, each local IT managed their own existing custom reports.
Regards,
Andrea