The United Nations Centre for Trade Facilitation is recognized as one of the four de jure international standards bodies along with ISO, IEC, and ITU.  SAP actively participates in UN/CEFACT and uses its common methodology standards as the basis for our own methodologies for defining our core and global data types.

A key part of the common methodology standards stack is the Data Type Catalogue. The catalogue contains the core data types that are the generic value domains used by SAP and others to define reusable core component building blocks for conceptual and logical data models. The DTC is defined using the meta model and set of rules described in the underlying Core Components Technical Specification.  Originally included as part of CCTS 2.01, the core data types are now published as a separate technical specification to support maintenance.

The most recent version of the DTC – UN/CEFACT Core Components Data Type Catalogue Version 3.0 –  has recently been published by UN/CEFACT.  It represents an implementation of core and business data types in conformance with the recently published CCTS 3.0. Technical Specification.

In addition to increasing the precision of the rules around expressing value domains, defining usage rules based on formal constraint languages, and creating alternative language expressions, version 3.0 incorporates a new concept – one of floating value domains. Under this concept, each core or business data type value domain can be defined using one of several primitives or identifier schemes or code lists as determined by the context of the data element using it. 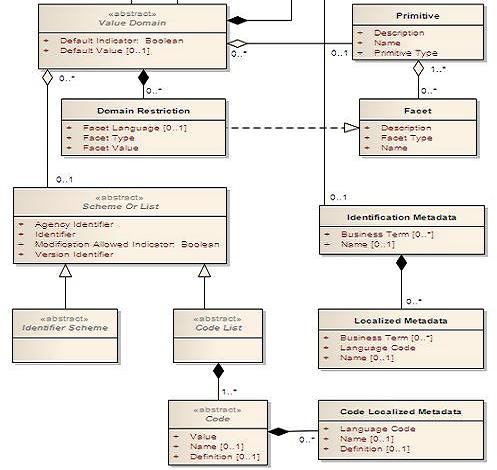 For example, an amount value domain may be expressed as a decimal, integer, float, or double – depending on how the amount is being used. I am currently preparing an article for SDN that will provide an in-depth explanation of the differences between version 2.01 and 3.0 data types and will update this blog with that link when available.

Over the last 3 years, SAP has had a lead role the development this new version of the specification.  This new version incorporates years of lessons learned from a wide variety of implementers using earlier versions and is based on business requirements from different industries and stakeholders in both the private and public sectors.

Going forward, SAP will continue to develop its Global Data Types using the UN/CEFACT CDTs, and is developing a next generation data modeling, mapping, and integration tool – Warp 10 – that leverages the CCTS Common Methodology Standards Stack.