The United Nations Centre for Trade Facilitation is recognized as one of the four de jure international standards bodies along with ISO, IEC, and ITU.  SAP actively participates in UN/CEFACT and uses its common methodology standards as the basis for our own methodologies for defining our core and global data types.

At the heart of the common methodology standards stack is the Core Components Technical Specification. This specification defines a meta model and set of rules necessary for describing the structure and contents of conceptual and logical data models and information exchange models using semantic approaches. CCTS addresses the problem of the lack of information interoperability (i.e. information having both a compatible format AND the same meaning) within and between applications and databases in the e-business arena. CCTS is well suited for creating new business vocabularies as well as restructuring existing business vocabularies to achieve true semantic interoperability of data. It is particularly well suited for enabling cross-industry interoperability.  Version 2.01 was released in 2003 and has been adopted by Governments, Industry, and SAP as a means for achieving semantic data modeling.

Over the last 3 years, SAP has lead the development of a new version of the specification.  This new version – Core Components Technical Specification Version 3.0 of 29 September 2009 –  incorporates five years of lessons learned from a wide variety of implementers using earlier versions and is based on business requirements from different industries and stakeholders in both the private and public sectors.

Key aspects of the new version are 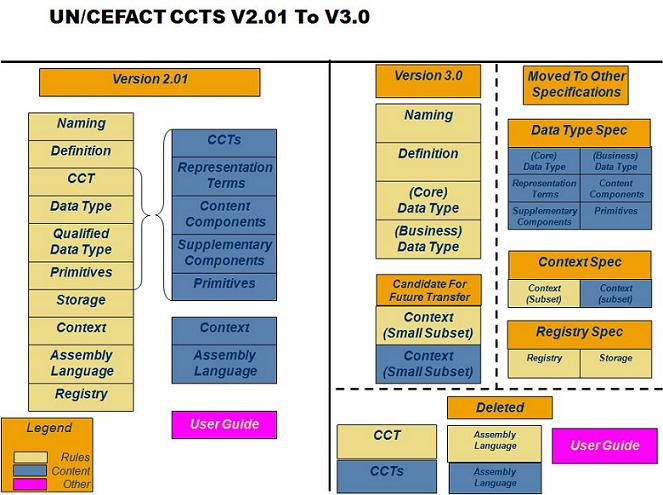 Going forward, SAP will continue to develop its Global Data Types using this new version of the CCTS.  We are also developing a next generation data modeling, mapping, and integration tool – Warp 10 – that leverages the CCTS Common Methodology Standards Stack.  This tool is already in early testing with key customers.