1. Why analyze the flow of an ABAP program?

The ABAP Runtime Analysis (transaction SE30) gives you one tool for solving two problems. You can measure performance and find bottlenecks. You can also analyze the program flow of your ABAP program.  In this blog we will focus on program flow analysis.

Why do you need to analyze the flow of ABAP program? Let me give you just a couple examples.First, you may need to find the exact source code location of a particular ABAP statement (a method call, function call…) you are interested in. You would then run the ABAP Trace and afterwards search the required line in the result list of the ABAP statements. Second, you may want to compare the flow of your ABAP program in different systems. Imagine, for example, that your ABAP program runs as expected in the test system but shows a completely differently behavior in the production system, or even worse, aborts with a short dump in the production system.  You could then simply run the ABAP Trace in both test and production systems and compare the trace results.

2. How to find exact source code line of an ABAP statement? 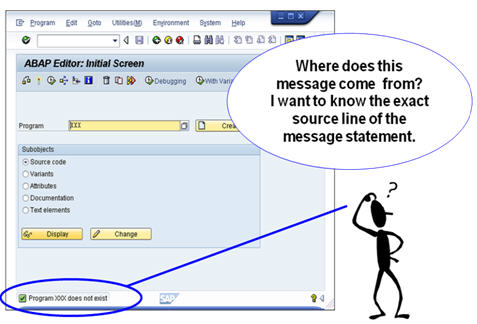 You could of course start the ABAP Debugger and try to debug in single step. And then after hours or weeks of intensive debugging you might be lucky enough to find the source code line of the ABAP statement. But why waste time? Here is how to use the ABAP Runtime Analysis to find this error message in a couple of minutes.

If you press “?” button or click on the status bar near the error message, you will see the F1 help on the message, in the performance assistant.  This tells informs you that the number of the error message is DS017. Therefore you have to look for the “message DS017”: 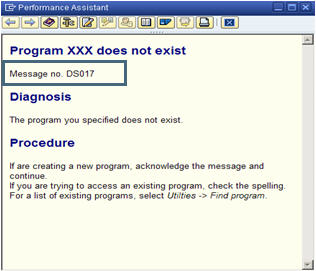 To find the message, first start the ABAP Runtime Analysis and create a measurement variant. 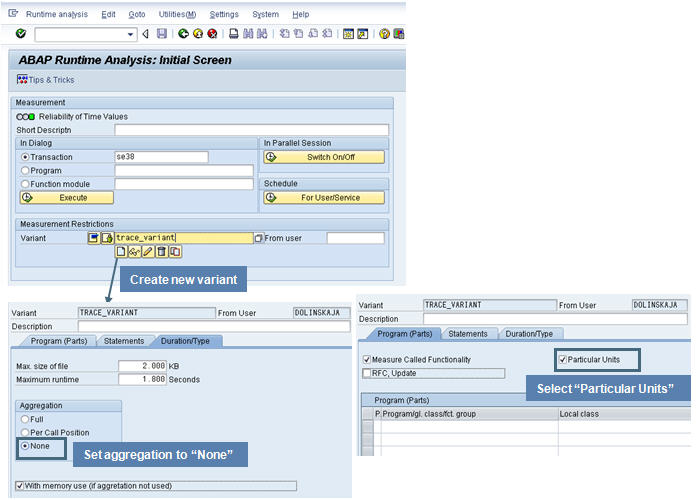 Before we go on, some important notes. 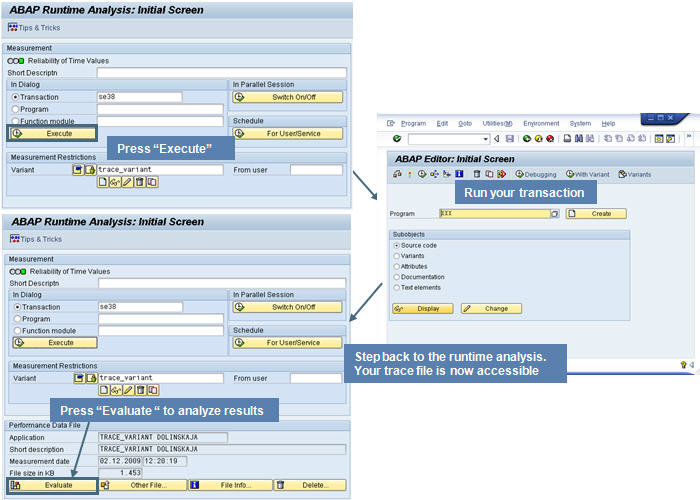 Step back to the Runtime Analysis and analyze the trace results: 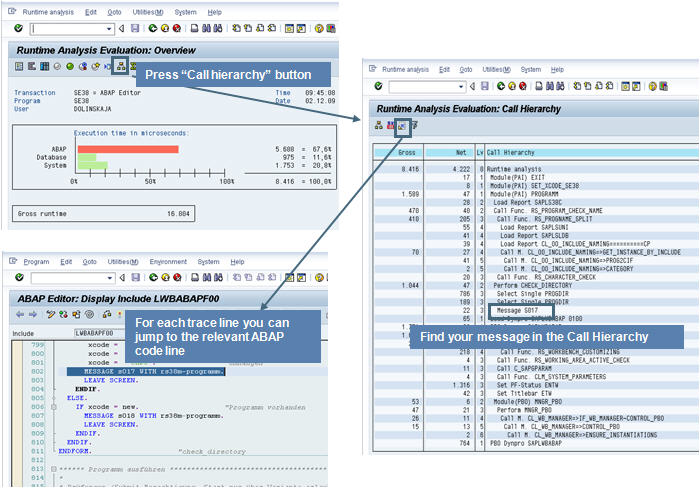 3. How to trace a long running batch job?

Now imagine the following situation. You are the administrator of a production system, and you encounter in the Process Overview (transaction sm50) a batch process, which already has been running several days and has been selecting data from a database table. This process is blocking other background jobs and you have to find out what this process is actually doing: 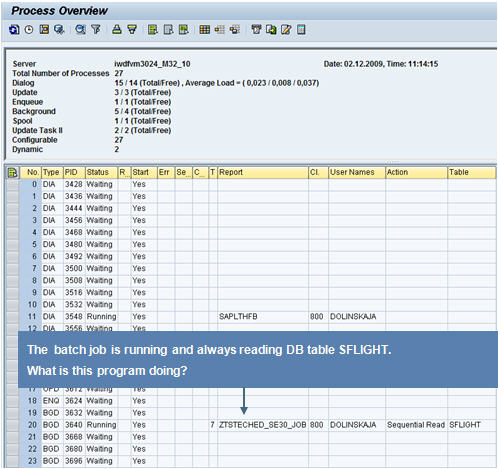 Caution: Deactivate the trace again after short tracing time so that you do not reach the trace file quota! Before deactivating the trace, refresh the work process display. The dialog step that was active in the work process with the activated trace may have changed, and that deactivates the trace automatically. 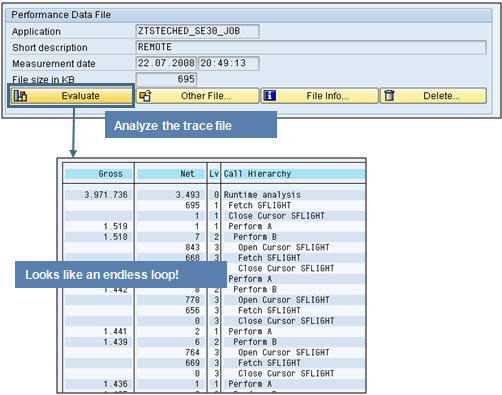 4. How to trace HTTP/RFC requests or processes of other users?

There are also often situations where you need to trace HTTP or RFC requests or processes of other users. Let me give you some examples.

Another good example would be frequent RFC requests which reach your ABAP system and last only several hundred milliseconds. It is quite hard to trace such short-lived requests. Maybe you also have to deal with a batch job that runs under another user, which always starts at a different time and aborts sporadically with a short dump. How can you trace something like this?

The ABAP Runtime Analysis (SE30) provides an answer. It lets you schedule a trace for any user on the current server.

The transaction presents a popup on which you can schedule an asynchronous trace according to these criteria: