Daylight Saving Time and Slowing Down The Time

It was not until November 18, 1883, that the US and Canada adopted a standard time. Previously, time keeping was a “local” matter. It is believed by some that Benjamin Franklin conceived the idea of Daylight Saving Time. The objective of this idea, of Daylight Time Saving or shifting the clock in Spring and Fall, appears to have been to capture most sunlit hours during a typical day work schedule. Also, an early goal of DST was to reduce evening usage of incandescent lighting, which was a primary contributor of electricity consumption. However, this is now debatable as energy usage patterns have changed significantly since then.

Daylight Time Saving was first adopted by Germany and Austria, in 1916, and subsequently was adopted by many countries. The USA formally adopted the plan in 1918.

There is also a fair amount of history behind the decision to choose the day when the clock is to be shifted. If you are interested, you are referred to the various resources listed at the end of this article.

Currently adjustment of the clock is implemented on the following different days, as below:

What is “Double hour”?

At the end of the Daylight Savings period, at 2am on the 1st Sunday of November, you are required to move your clock backwards-from 2am to 1am. This means that the clock will move twice, in the same day, from 1am to 2am. Double hour refers to the duration of the hour that the clocks traverse twice-from 1am to 2am.

Why should we care about Daylight Saving in SAP environment?

Almost all the software that deal with local time will be confused and disoriented when the computer clock traverses twice through the same points in time (as previously explained in “Double Hour” scenario). SAP software, as well, is no exception and is also very sensitive to this time issue. It expects time to continue in a progressive and continuous manner.  If this issue is not handled, it can create problems in the planned batch jobs. The SAP Kernel, which is written in C/C++, uses C-runtime library functions and can easily get confused between standard time and local time. You may also see errors reported in SAP system log or status line or in ABAP dumps as “ZDATE_LARGE_TIME_DIFF”, “ZDATE_ILLEGAL_LOCTIME”, “ZDATE_ILLEGAL_DBTIME”

How to deal with the “double hour”?

There are at least three ways in which the double hour problem can be dealt with. The method that you adopt will depend on your specific environment’s time zone settings as well as your tolerance for system downtime.

3)      Zero downtime method: Slow down the time in the SAP System.

Now let us examine each method.

The first method is simple and straight forward. Simply shutdown the SAP system, for the entire duration of the double hour, and bring it up only after the double hour has passed. Thus, the SAP Kernel software does not have to deal with any possible mismatch of standard time and local time. For example, in the USA, this means:

1)      Shutdown SAP at 1am. (of course you should start shutting down a little earlier as taking down the system takes a few minutes)

You need to keep the system down for 2 hours.

The second method is pretty much the same as the first one. However, you should adopt this only in cases where all of your SAP systems have identical local time settings.  In that case, you can reduce the downtime close to 1 hour instead of 2 hours. In practical terms, here is what you can do:

1.      Shutdown SAP a little before 2am before the clock is changed back to 1am

If you are unsure when to shutdown the system you can execute a program “endofdst” supplied as attachment in OSS note: 102088 Reducing downtime when changing from summer to winter time. If you are running on a UNIX platform, find the C program “endofdst.c ” in the attachment and compile it to run on one of the application servers.

This way your SAP system moves from 1am to 2am only once. However, you are keeping it down for the clock’s 2nd pass (from 1-2am) for only one hour duration, which avoids ‘duplicate’ points in time.

You need to keep the system down for a little over 1 hour, though better than the two hour downtime required as in Method #1. 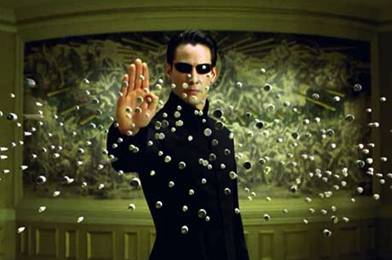 Perception of slowing down time.

This is a very clever solution and my favorite. In this case, you slow down the time by half, during the double hour, so that the 2 hour period is treated as one hour.  In SAP, executing this is easier than it appears. You set the parameter zdate/DSTswitch_contloctime = on (By the way, this can be dynamically changed through RZ11), so that you can make your SAP system see a continuous time with a deviation of 30 minutes.  (Note that you should check the pre-requisites in the notes, mentioned at end of this article, before executing this).

1.      At 1am, i.e., one hour before the change of time, your SAP system clock starts running slowly at half the normal speed

2.      For the next two hours, the SAP system will run slow at half speed (don’t worry about performance readings during this period; this slow down will just be your perception and not real.)

3.      Hence, the double hour is observed as one continuous hour by SAP.

4.      After two hours duration, the official clock time and SAP time will match and, hence, the system will continue normally from then onwards (with both official and SAP clocks being in sync).

For further reading, please refer to the resources at the end of this article.

For a comprehensive history of daylight saving time, read

For some interesting incidents and anecdotes related to daylight saving, read

For pre-requisites and official steps for any of the methods described above, read