All the three functionalities included in the Siebel iWay Adapter to support different kind of requirements with Siebel system.

3. Get the acknowledgment from target system without any BPM. For normal File adapter BPM is required to get the File Acknowledgment.

We can see other options also along with above advantages for all 3 transport protocols as mentioned in below tables. 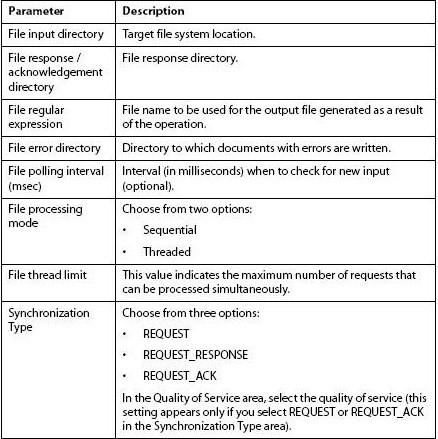 We have more security features availble in this protocol which are not available in normal HTTP Adapter. 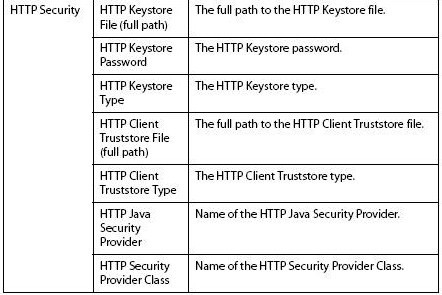 For Hyper Text Transport Protocol (HTTP), type values as defined in the following

table which lists and describes each parameter.

If we choose the ‘HTTP’ transport protocol

a) Need to supply the HTTP PORT and Synchronization TYPE only.

b) Need to provide the HTTP URL in Siebel workflow.

We have acknowledgement feature is available in this protocol.

For IBM MQSeries (MQ), type values as defined in the following table which lists and 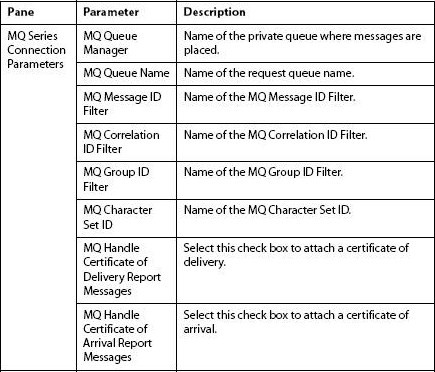 In this example I show how the contact of the customer has been created in SAP Once it has in created in Siebel i.e, Siebel to SAP outbound interface configuration and testing.

As soon as contact has been created in Siebel, the business data is being transferred from Siebel to SAP through the interface configured in XI/PI. Here I explain with File transport protocol of sender instance of Siebel iWay adapter.

1)Import the XSD which is generated through Siebel iWay explorer under the External definitions.

For example : Shown the Equipment master XSD for example purpose. 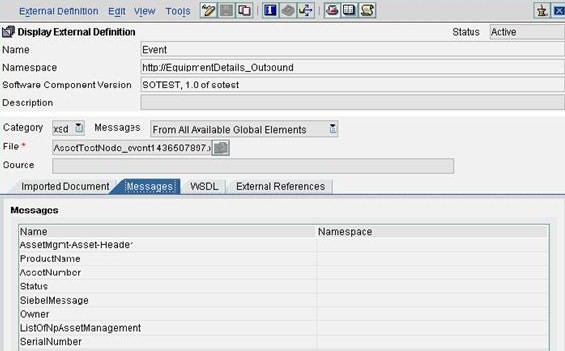 2) Import the ZCUSOMER_CREATE IDOC from SAP under imported objects.

3) Create the message interfaces, message mapping and Interface Mapping as per the requirement. 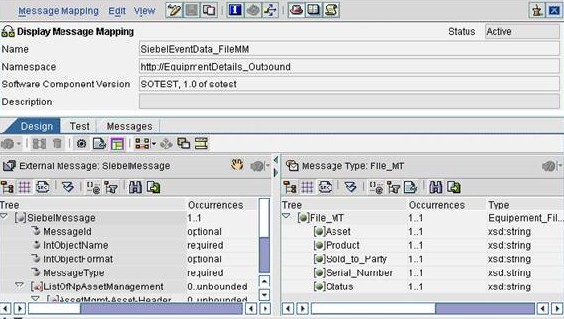 1) Configure Integration scenario, Assign business system or business service as per the landscape.

3) Create the IDOC adapter for receiver instance which can connect to the SAP System and assign the channel in the receiver agreement.

4) Create the iWay Siebel Adapter for Sender instance and assign it to Sender Agreement. 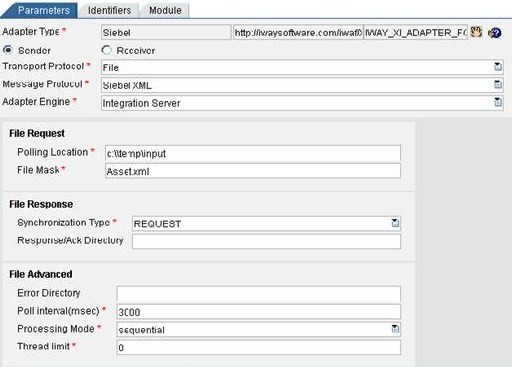 a) Selected the ‘File’ Transport protocol.

b) Once the contact has been created in the Siebel, the workflow in Siebel             triggers  and copies the data into above mentioned Polling location.

c) Adapter polls the Siebel data and send it for processing in Integration Engine  (PI/XI).

2) We can see one Custom button “Send to SAP “in the above Siebel application. Internally Siebel workflow created under that button.

Once we enter the data in the above application , have to click the “Send to SAP” button which internally called the Siebel workflow.

3)Series of steps in workflow would be executed and copies the data into File polling location. 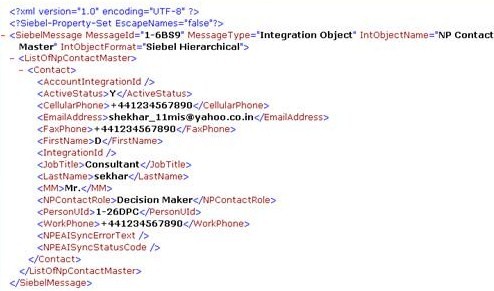 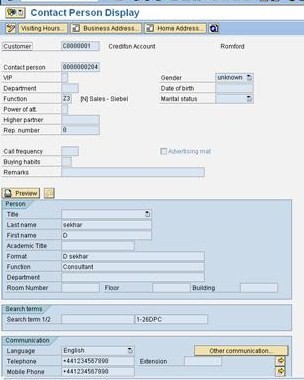 6) If we configure the Synchronous scenario, the following shows the Response Siebel XML.