In case for a requirement for the creation of ‘n’ number of Logical Devices in the DOE Admin , it will not be practical to create all the devices manually. In such cases we go for making use of the receiver generation data objects.

Receiver Generation is a type of data object category which facilitates the following:

RFC Destination from Mobile Server to the Backend Server to be defined.

Get List BAPI Wrapper (At Least) which gives the DEVICE NAME, USERNAME (SAP Mobile Server USERNAME), DEVICE TYPE, and LANGUAGE as its output.

SWCV should be available in Mobile Server.

In our e.g. the output of the BAPI Wrapper is as shown.

There are four entries available as the output of the Wrapper. In this case, we expect four devices to be created automatically in the DOE Admin.

A data object which is of receiver generation category will always have its direction as “download only”. This Is clear because this type of category only pulls data to the CDS ,but does not require to bring the data back to the R/3 system. 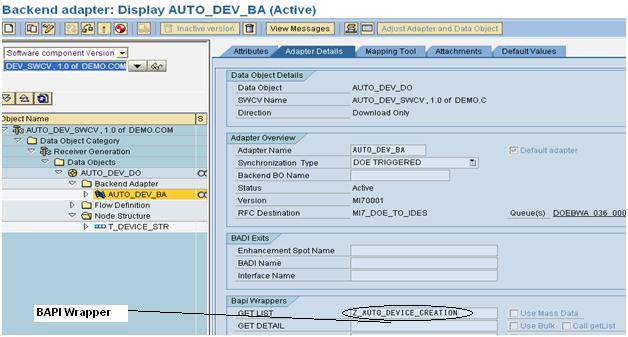 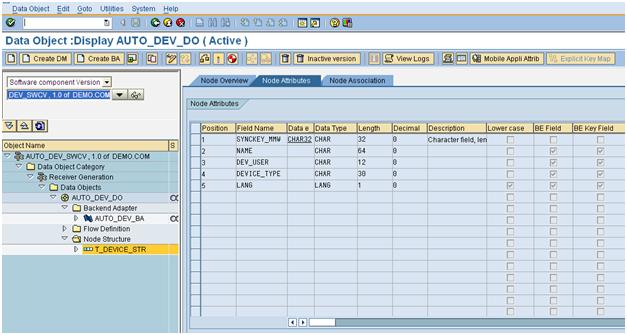 Once the Data Object and the Backend Adapter is activated, we need to perform steps in the RMM

Create a Customizing Group in the RMM 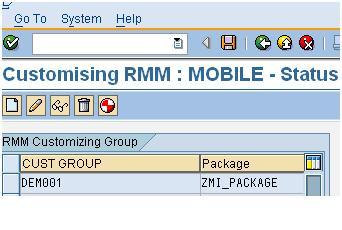 Now we need to select the Data Object Association Tab and select “Insert”. The following screen appears when the insert button is clicked .The relevant information is provided such as the

·         Category Will be REG (Receiver Generation by default and it will be a read only field.

Once the above information is keyed in, populate the mandatory fields for device creation from the help available (the help shows the field attributes only from the node structure (T_DEVICE_STR). 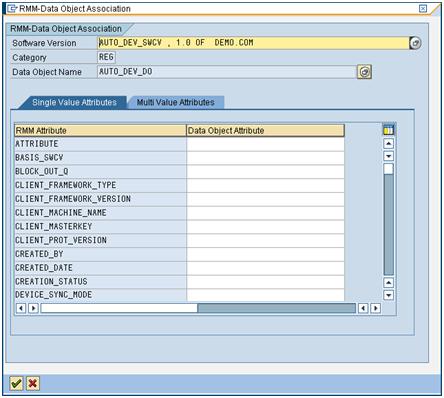 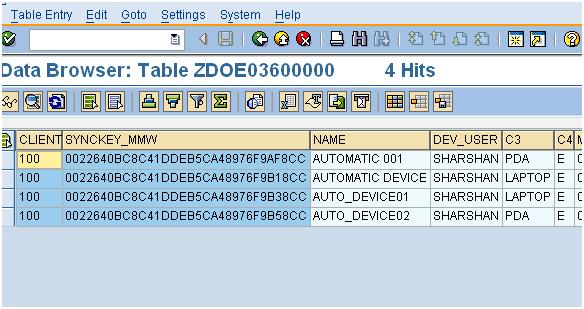 Load brings in the 4 device relevant entries to the backend.

Now, go the DOE Administrator and we will be able to find the 4 devices created automatically.

This is the simplest example to demonstrate automatic device creation.