Why are my calculations wrong?

Are your Voyager calculations showing the wrong values? It could be a solve order problem. This article explains what solve order is, how Voyager uses it and how to fix problems with solve orders.

Imagine you have the following Voyager cross-tab:

Imagine you have two columns that represent the sales for two different products, product A and product B. Imagine you have a third column that calculates the percentage of one against the other so you can compare the performance of the two products. Imagine you have selected three months of the year on the rows. You have also created a calculation that sums up the months. What does the cell in the bottom right hand corner show? Here there is an intersection between two calculations so it could be one of two things. It could calculate the sum as defined by the ‘Total’ calculation and sum up all the percentages in the final column and display 300%. It could take the percentage and display the Total of A against the Total of B and display 50%.  In this situation you would want the percentage calculation to be used and 50% to be displayed. Is that what happens for you? How does the computer know which one to display?

If your OLAP server is Microsoft Analysis Services the answer will depend on where the percentage and total calculations were created and the relative value of a property of the calculations called solve order.

Microsoft Analysis Services allows calculations to created in two fundamentally different places. The first type of calculation can be thought of as being created on the OLAP ‘server’. These calculations are baked into the definition of a particular cube and can be available to anyone who consumes that cube. An example could be a measure which calculates profit from two other revenue and cost measures. Server calculations don’t have to be measures. They could be differences between two product categories or months and reside on product or date hierarchies. 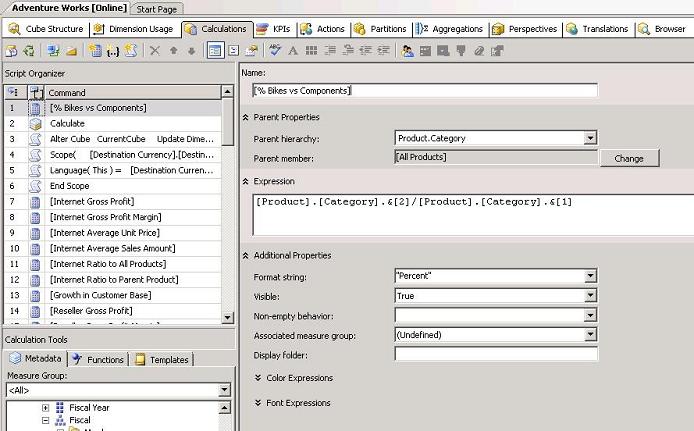 Here is how this calculation appears in Voyager.

Now in Voyager if I create a sum calculation totaling up the three months displayed: 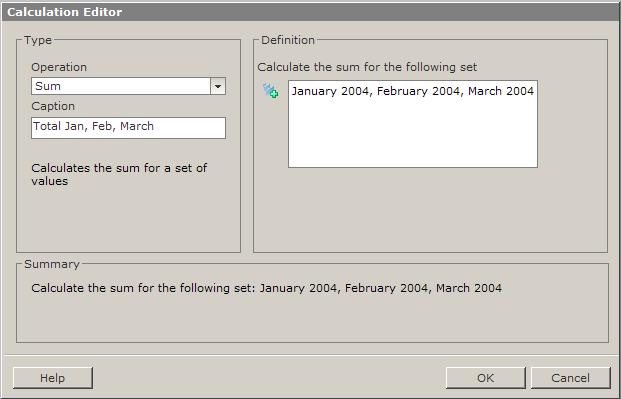 I get the following:

Notice the value in the bottom right hand corner is not the desired value. It is the total of the three percentages but formatted as a currency so it shows $0.32 rather than 31.51% as it would appear when formatted the same as the other percentages.

The following screen shot shows the master list of calculations with the total and percentage calculations in the correct order to get the desired result. As the percentage calculation is after the total calculation it will be calculated second. Even if the calculations were in the opposite order in this list you can specify a specific solve order for each one by directly editing the cube’s master MDX script as follows:

Whichever method is used, the results that Voyager will now display are as follows:

Notice this change has had no effect on the client calculations values.

Here you can see that the value in the bottom right hand corner is the percentage of the sums rather than the sum or the percentages. Experiments seem to suggest that this behavior is determined by hierarchy i.e. calculations on Category get evaluated before those on Date as swapping the axis or switching the order the calculations were created in has no effect.

Here is a screen shot indicating how a rollup calculation can be created in Voyager. 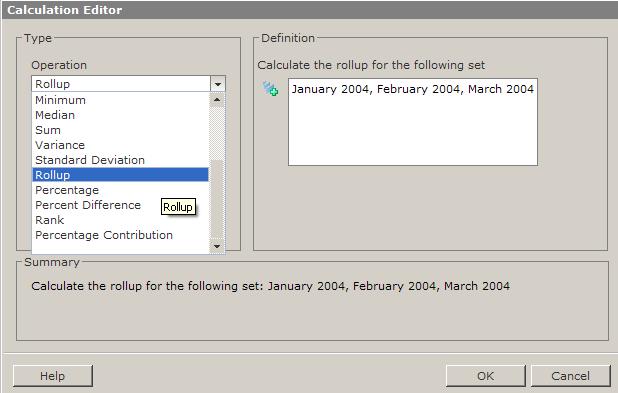 The following screen shots shows the results of this calculation compared to the other ones we have been using in this example.

A summary of Voyager’s use of Solve Order 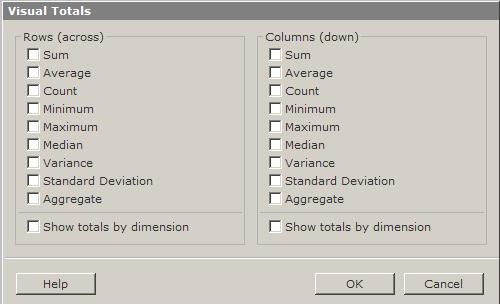 An example of where the knowledge of the various solve order of Voyager client calculations is important is where various Voyager calculations interact. In the following screen shot there is a sum calculation on columns that totals up the two products displayed on columns. There is also a ‘count’ visual total on rows. 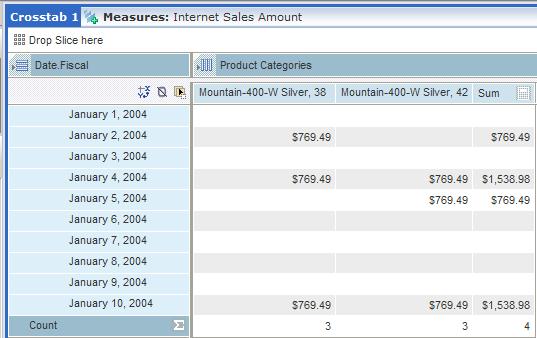 What Voyager doesn’t let you do

In Analysis Services 2000 this is exactly what happened. There was no distinction between when a server calculation and when a client calculation would be evaluated, it was all determined by solve order. This did mean however that client applications, in order to be sure to get the correct results, would need to know what solve orders any calculations on the server had. This posed a problem as the cubes would generally not be designed by the same people who designed the client tool (these would generally be people working for different companies who would probably never even have any contact). Microsoft took the decision in MSAS 2005 and beyond to separate the evaluation of server and client calculations so that developers of client applications could be sure that any calculations they created would be evaluated after whatever would happen on the server making the behavior of their client much more predictable.

The use of this property can be demonstrated in the following example. Using the same calculations we created on the server before where the server calculation for the percentage was specified with a solve order of 10. We can create some MDX to simulate what Voyager was doing. 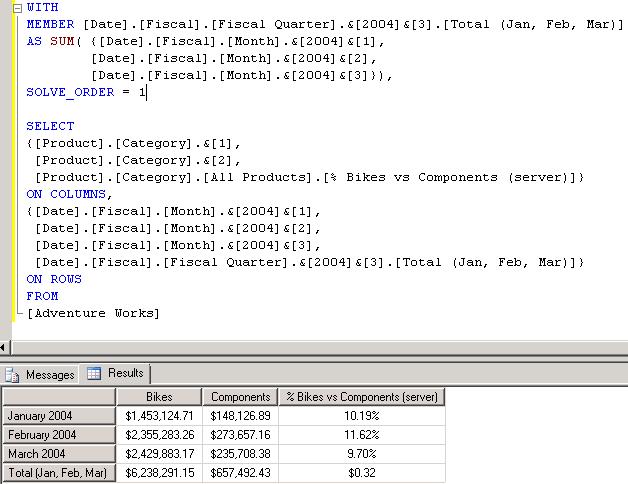 The Total calculation is a client calculation defined in the MDX. We can see that the bottom right hand value is incorrect.

If the MDX is now modified to include the new property: SCOPE_ISOLATION = CUBE 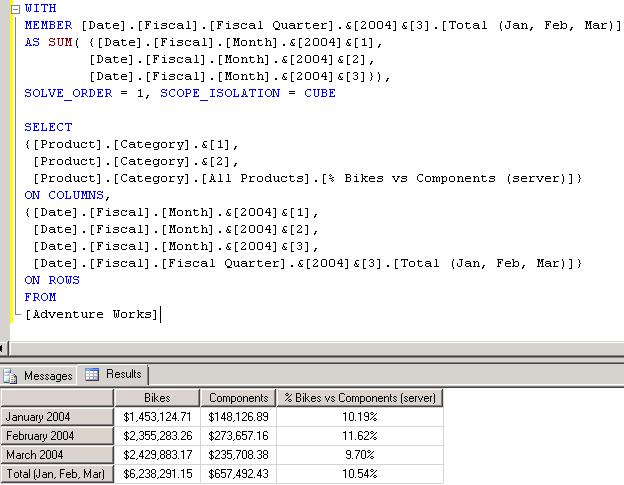 This now gets the correct result.

Explanations of solve order and the scope isolation property can be found on MSDN.