The front office of any business has a CRM system as its backbone and the goal of any good CRM system is to provide a centralised view on all customer-centric business processes. Hence it would be logical to assume that this requirement can be best served by a single central CRM system. However, there might be situations when it might make sense to add another CRM system(s) in parallel to the existing system and all these CRM systems interact with a single ERP backend. Such an implementation is called as ‘Multiple CRM’ and this can be implemented with SAP CRM.

There could be several technological or organisational circumstances that could compel a business to go in for a Multiple CRM implementation, some of them being – 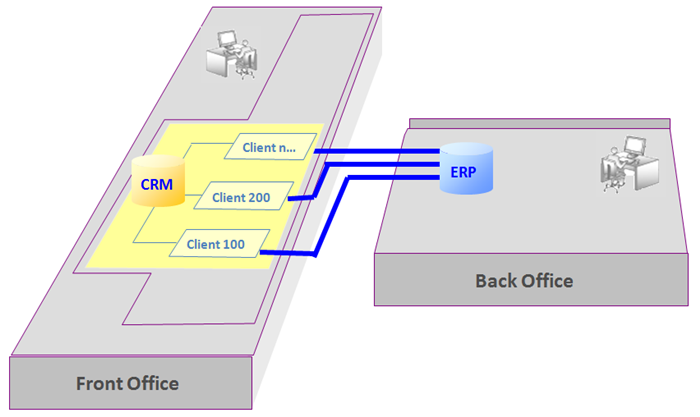 The system requirements for the standard Multiple CRM scenario are –

Note – The CRM systems in a Multiple CRM scenario are independent i.e. no master data or transactional data is transferred directly between the two CRM systems. However, if required, this functionality can be implemented on a project basis by making use of the XIF adapter.