Google Wave is here, and many active contributors from SCN have been swarming all over it, using it, experimenting, programming against its API, and discussing possible use cases and their business value.

I have been working on the topic of Web Dynpro integration: How can we integrate waves and Web Dynpro? In future blogs I will shed more light on the technical challenges and how to solve them, but in this first blog I want to discuss the use cases and business value of such an integration.

Use Cases for the Wave – Web Dynpro Integration

First of all, what use could it be to embed a wave in a Web Dynpro application or vice versa? I can see a wide number of very useful applications for this. It might be very useful to attach a wave to a particular business object, say, a customer, or an invoice, or a difficult clearing case that requires the collaboration of case workers across a number of departments. Let us stay with the example of the customer object for a moment. 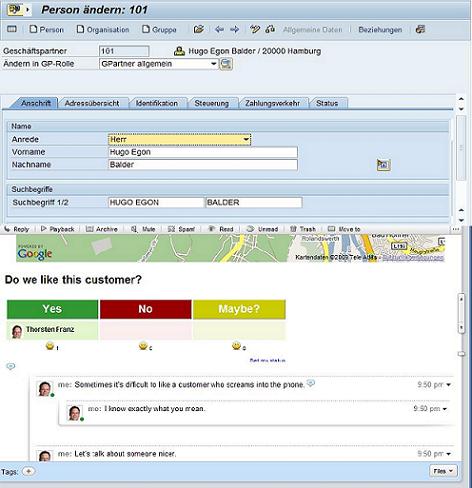 Fig. 1: Wave in an application screen

Whoever in the company calls a customer’s data screen can also see the wave for that customer just below the customer screen.

While the customer maintenance application in the top half of the screen contains highly structured data and functions, unstructured and ad-hoc information and processes can be added and worked on collaboratively in the wave.

Do we like the customer? Is she a VIP with special dietary or other requirements? Does the customer require special assistance when visiting our office? Some of this will be covered by the data model of your application, some won’t. You can write down any unstructured information as free text. Alternatively, you may use gadgets.

Gadgets allow us to embed small browser-based applications into the wave, while robots can be act as a command interface to any backend functionality (as well as control the gadget).

Fig. 2: The killer app is the “Middle Ground” between the highly structured and the unstructured

Gadgets and Robots can be combined to cover the middle ground between the highly structured and the completely unstructured: Imagine a bot residing in a wave that, upon command, adds a number of gadgets to display information such as the contact history of a customer or the archive of all letters that were ever sent to the customer. Such gadgets may also provide functions such as storing Google searches, embedding maps, and so on.

I imagine collaborative business processes (“Enterprise 2.0” to use the buzzwords) to be realized through the combination of

all held together by a wave. 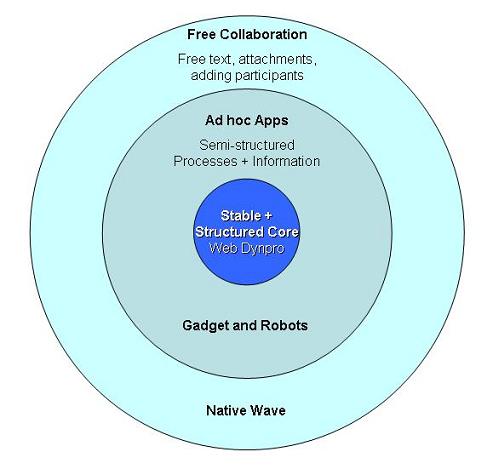 Fig. 3: Timeless software (not the city of Atlantis)

The business process possesses a stable core in the form of a typical Web Dynpro (or SAPGui, which smells funny but is far from dead) application. Buzzing around this stable application core is a swarm of gadgets which can be rapidly developed and added to any business process ad hoc, without having to change the core application.

Finally, the wave allows for free-form collaboration and acts as the glue that holds it all together.

This works only if you have not only a sharp knife for separating the software but also a powerful glue for putting it together to form a functioning whole. SAP’s BPM is one such glue, the Portal is another glue, and I believe that Wave is the third indispensible “magic glue” that can bring together users, services (through bots), user interfaces, and both the fleeting and the rock-solid elements of your software landscape.

In short, a wave may, in collaborative business processes, have a function that is similar to that of a Portal, but go way beyond its scope: Integrating a number of very loosely coupled  views and applications within a single business context.

Clearly, Wave fills a gap that cannot be closed by classical enterprise portals for the ad hoc integration of people, views, and applications, and will thus play an important role in collaborative processes.

Outlook for this Blog Series

In the next blog post of this series, I will shed some light on the technical aspects of integrating Web Dynpro and Google Wave.

P.S.: The interview at SAP TechEd

At SAP TechEd 2009 Vienna, I was interviewed with my esteemed SAP Mentor colleagues Daniel Graversen (@dgraversen) and DJ Adams (@qmacro) by Mark Finnern (@finnern) on the subject of Google Wave and SAP.

Please check out the recording here.