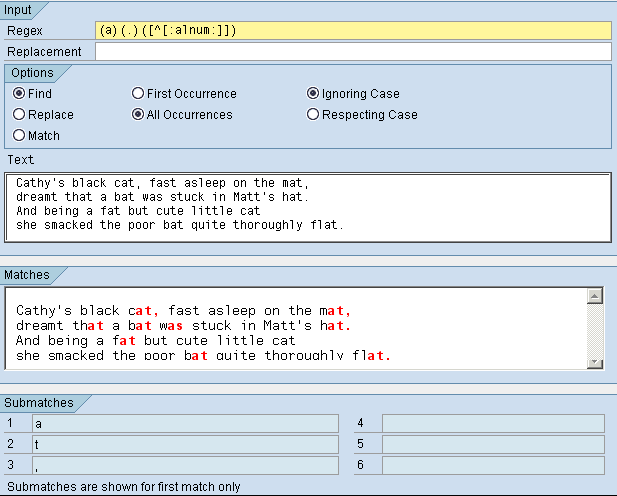 I for myself never use a regular expression in a program without having tested it in DEMO_REGEX_TOY or it’s little brother DEMO_REGEX (available as part of the ABAP Example Library as of Release 7.0, EhP2).