In my previous blog( Creating a Simple Dashboard using Xcelsius ) we discussed about how to create a simple dashboard using xcelsius which to see the consolidated annual income comparison of the employees. Now in this blog I am going to discuss about creation of a dynamic dashboard on yearly basis based on the selection using Dynamic Visibility function. This feature shows you how to display the charts dynamically based on the selection.

The benefit of these dashboards helps the organization in better understanding of their business, for e.g. Individual Region wise sales, consumption analysis etc.

So spot on to our discussion, we are considering comparison of Employee Salaries in an organization to achieve Dynamic visibility function.

Import the Excel file into your Xcelsius on which the dashboard is to be created .This will be the source of data.

Step 2: Creating a chart for the imported data

Once you import your excel sheet, create a chart by selecting the chart type from the components tool bar and drag it to the design area.

Step 3:  Data selection for the Chart

Double click on the chart and go to the general tab of the chart properties. Give a suitable title and Sub-title for the chart .select the radio button By Series as shown in the screen shot and add the  Categories.

Choose the Radio Button component from the components toolbar and drop it to the design area.

The number of labels can be decided based on the selection. In this scenario we are considering the year factors (2006, 2007 & 2008) .Once the template design is done including the design of charts and the selection buttons, we are entering into the dynamic visibility part of the dashboard .The basic idea is displaying the charts based on the selection of the radio buttons. 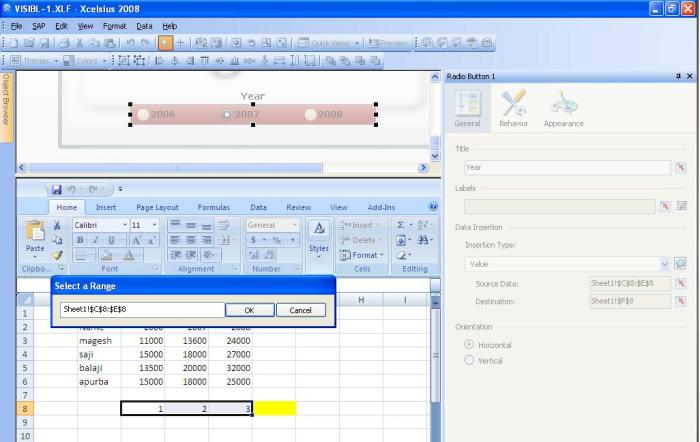 As shown in the screen shot above, I have given three values (1, 2&3) for my representation just to handle dynamic visibility. The source data will be these three values and the destination will be the cell which I have marked in yellow .This basically to decide which component has to be displayed.

Note:  The cell marked in yellow is just for identification purpose.

Step 6: Setting up Key in charts.

Once we have setup the values for the radio buttons, we have to set the status and key for the charts. 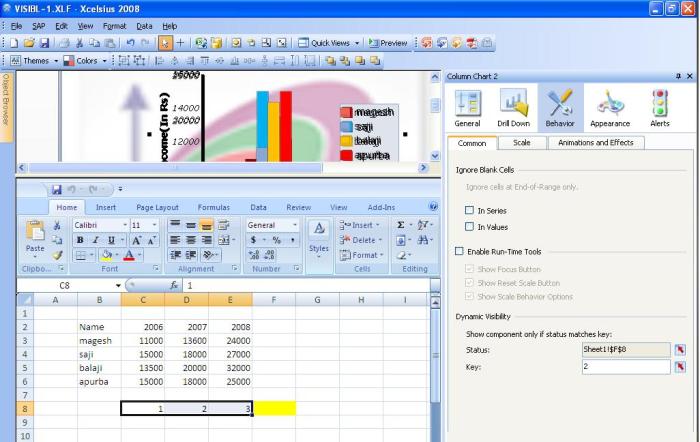 As shown in the screen shot above the status of chart will the cell which I have marked in yellow and the key will be the value which represents the chart (In this case the chart 2007 has been set with a value 2) Similarly set the values for the other charts .This works in this fashion, when you select a particular radio button the value(1,2 or 3) will be populated in the cell marked with yellow and the chart which represents the value in the  cell marked with yellow will be displayed .

The below 3 screen shots shows how the charts will be displayed based on the selection. 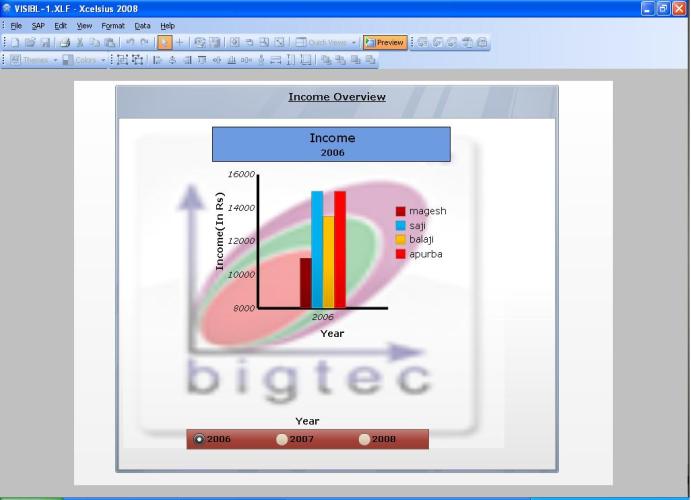 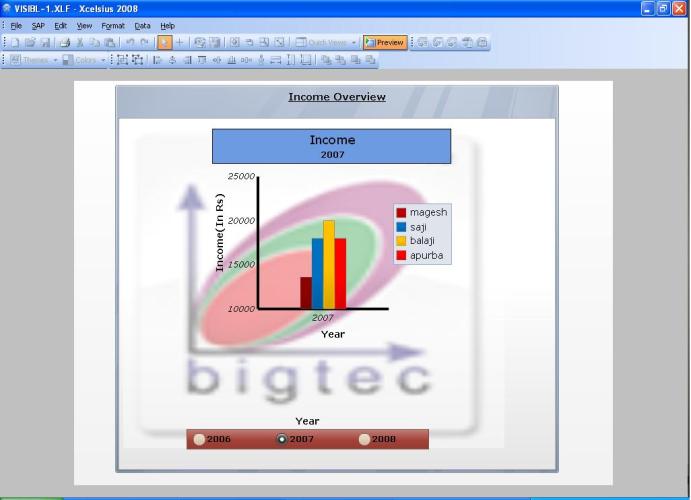 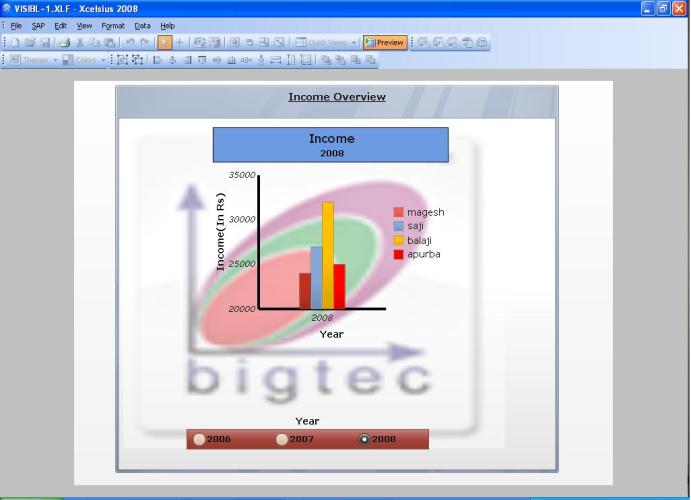 With this we complete how to use Dynamic Visibility function on a Simple xcelsius Dashboard. This blog gives you the simple scenario, whereas you can fit this functionality in your business terms..