Last night, I received a tweet about a user who provided links to blogs online.  The expletive in text speak revealed that one of the original content authors was quite displeased to find his material reproduced on a non-SAP site with his name removed.

After a brief search, I discovered my own writings copied there as well, without my name, including my byline, which I have now changed to the following:

Jim Spath  is a technical architect working for Black & Decker; his opinions are not necessarily those of his employer. Reproduction of my material outside of the sap.com domain is STRICTLY PROHIBITED.

The oddest part to me wasn’t removing author names; that is brazen and worthy of an advanced middle schooler mentality – it was keeping links to images served up from the SAP community network.  I guess they don’t want to pay for a little extra storage, or are just too lazy to think about it?

For 2 of my images (out of countless screen shots, event cameos, etc.) I’ve added watermarks and re-uploaded them to the SDN site.  You should be able to track these fairly easily: 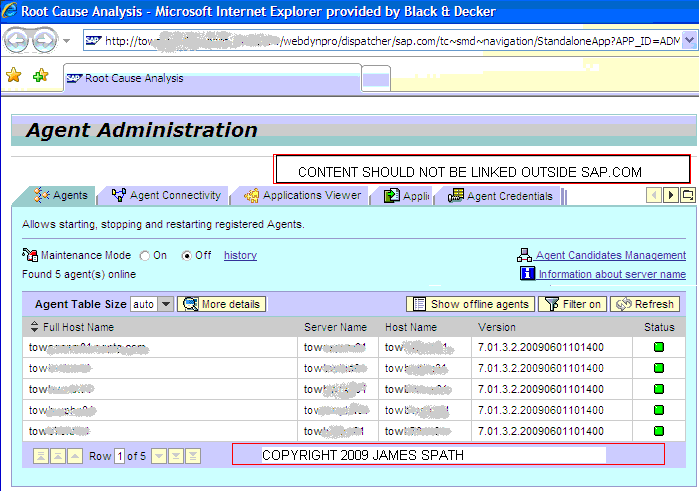 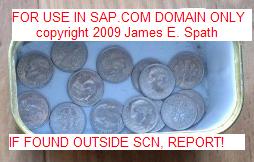 I immediately notified SAP authorities, who will no doubt respond during business hours Monday.

My general attitude when I write code, or text, for publication, is “do anything you want with this, just don’t pretend YOU wrote it.”  That’s all I ask.

The blog title is the beginning of a well known Carl Perkins tune, covered by many artists.

For lyrics, and a story of a band that never covered it on released material, see:

Alas, on a YouTube recording/video mockup the song is attributed to Elvis Presley.

and, for the record, there’s a link to Carl Perkins singing and playing here: