Will your video be shown at SAP TechEd?

The First Annual SCNotties awards will be given out at this year’s SAP TechEd.  Details are to be arranged; Craig Cmehil has promised there will be recognition time.  I also heard him say that contributors will be awarded 100 points on SCN.

To understand what a “SCNotty” award is, browse the blog and wiki pages:

You might notice the concept of personal SAP Community Network videos (vlogs?) started before the Sapphire and ASUG conferences in May.  Not too many people have contributed, which surprises me.   The time investment is rather small (unless you’re motivated for a lot of pre- and post-production work, or think hand-animation might be fun).  The gear requirement are also modest, as many low-end digital cameras or high-end cell phones can record.  Overcoming your shyness or inhibitions might be the biggest obstacle.  My best advice is that the return in community notoriety can be tremendous.

Here’s my third submission.  I tried to fit into the 30 second format; as you will see there is simply too much material for a short take.

But first, a little history.  I’m guessing this photo was taken around 1962 – I would have been 6 or 7 and my sister 11 or 12.  I think the hat looks a lot like the one Joel Albert handed out to a few ASUG volunteers not that long ago.  I am clueless what I’m concealing in my right hand, or holding in my left hand.  Speculation best left out.

Haircut?  At least it’s not the buzz cut popular at the time.

The shoes are to die for, though.

The preview screen for YouTube videos is generated by their software using an algorithm that typically picks an “interesting” pose, but not always the one I might have chosen.  You get the chance to go back and select from 2 other frames and then save that as the opening credits, if you will.  But anything else that pulls feeds from YouTube (like FaceBook for example, or the SCN widget below) uses the first one that was auto-picked.  Here’s the shot I chose on second edit: 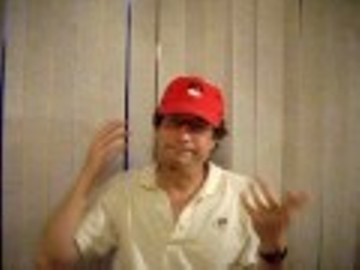 With apologies to Dr. Suess’ The 500 Hats of Bartholomew Cubbins,

The Many Hats of an SAP Mentor

Here’s the promo shot I would have liked to use.  I grabbed this using VLC and working it around a bit with MS-Paint and MS-Picture-Manager-Thingy. 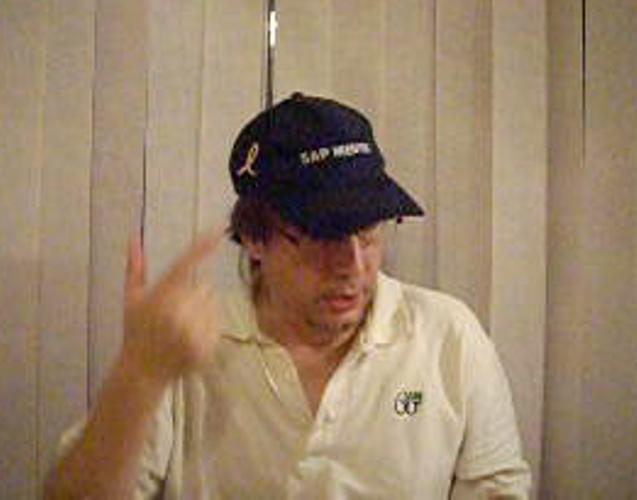