A day or three in the life of a forum moderator.

Mournful violin starts: Unloved by most, hated by some, ignored by others. Mournful violin ends abruptly to sound of needle being scratched across a record*. 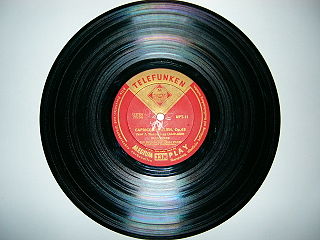 Though I believe now they’re coming into vogue again. No, not that vogue.

I mean – who’d do it?  What kind of narscissitic megalomaniac

would step forward and say “Yes” when asked to be a forum moderator?    You spend hours looking at abuse reports.  You see the worst of the community. Occasionally you get to help some poor lost soul

out, even more rarely you get thanked.  But most of the time, you’re seen as a pedantic, soulless kill-joy, caring only about the minutae of the regulations being adhered to.  Nasty horrible bully.  Anyway, that’s why I do it.

In order to set the record wrong about matters I consider important, I’ve decided to break ranks and tell you what’s really going on in the moderator clique.  How we hatch plans designed to break the spirit of all but the strongest wills.  What goes on in the secret forum?  Who is “Princess Leia” or the even more mysterious “Zarniwoop”?  Maybe I’ll reveal these and even more disturbing half-truths about the enforcers.  Or maybe not.

I though I’d start off with a gentle introduction to a typical moderator day.

btw – moderator originates from the same root word as “modest”.  Originally, it was “modesterator”.  But then the French got their hands on it, and it became “Modêterator”.  Which was hard to say, so became “Moderator”.  This is not true.

A GENTLE INTRODUCTION TO A TYPICAL MODERATOR DAY.

WHY DON’T PEOPLE READ THE RULES?  HOW HARD CAN IT BE?  POSTING IN ALL CAPITALS.  SEE IT LOOKS LIKE SHOUTING AND IS HARD TO READ.  IT MAKES MY EYES TIRED!!!!

( Note also the over use of exclamation marks.  Terry Pratchett says more than three is indication of insanity!!!! ).

and logged onto SDN (SCN – why does the name change, I can’t handle change. EDIT 2018 – I don’t even know what it’s called anymore).  Bleary eyed, I peer at the abuse reports…

You know when you click on (EDIT 2018) massive great button marked “Alert Moderator” that used to be a little triangle with an exclamation mark in it? When you spot someone who’s CAPS key is stuck – or missing?  That produces an entry in a little list we mods can see.  I say little.  But sometimes it’s a huge long list.

EDIT 2018 – not so big now that we have these tag thingies. Now we only see those that are relevant to our speciality.

Hey look – someone is posting links to buy cheap Nike shoes.  Maybe SAP have gone into a joint venture but I doubt it.  Nah.  This must be spam.  So … I log into SDN, find all the post by that user.  Yup – he was created today, and all his posts are promoting nike knock-offs.  So, I charge my trusty deletoblaster, and BANG, ZZIP.  boingoingoing… the spam has been fried.  Quick message to the “Terminator” (aka, Zarniwoop), who fires up the ultimate weapon – the guestificator.  Also known as a the dodoizer.  A few hours later the Nike Spammer is pushing up the daises.

>Edit – exclusive here (and the rest of the world), a rare picture of Zarniwoop. With his guestificatoratoriser

> Edit 2 – the rare picture of Zarniwoop has disappeared. I think he took it with him when he went for an intergalatic cruise in his office.

There’s a few Smartform and SAPScript questions in ABAP General.  Form Printing forum  So I move them over to the correct forum with a little note asking the posters to use the right forum next time. EDIT 2018 – this is old. It’s all tags now. I remember when it was spaces. And before then…

A few issues here and there.  An email address posted.  A request for points(!).  A copy and paste of someone else’s material – you can get guestificated for that.   Two posts by the same user, in different forums – apparently the same content.  But a closer look reveals they are sufficiently distinct.  Gradually each raised abuse report is dealt with.

So, onto the forums.  And before I can start being helpful and answering queries- MORE MODERATION ISSUES.  How can people be so selfish…  *sob*.  It makes me want to cry:

Oh well. Quickly clean up the offending posts.  Then, at last, I can start to make a constructive contribution to the community.  Then off to my day job…

…come evening, and back into the secret forum where we begin to discuss our on-going plan to… what? well yes…  but I promised to reveal all… how about some?  No…  Oh grief – not Leia again…  You want to mix it with WHAT!!!…  Well, no.  Who does like gumpo?……..

Me, I never wanted to be a lumberjack – just a rock and roll superstar.

Not so many folk asking for points now. Though it does appeal to my sense of humour when people ask for an upvote and as a result get a downvote. But the work continues…

I gave up on my dream of rock and roll super stardom, and became a theatre director. Here’s a little from my last production, Aladdin. Aladdin and his brother Alcor decide they’ll go back to Basel to defeat the evil Zodiac the Zürcher who’s taken over. They enlist the help the Martini (like a Gini but not as strong), who produces a magical sword of heat, that looks suspiciously like a light sabre. 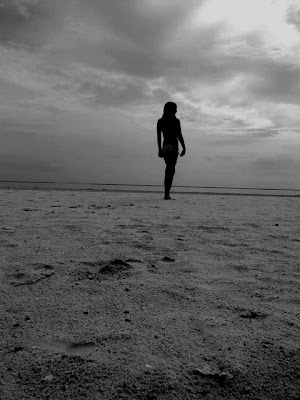