A great reason not to miss SAP TechEd Phoenix this year! 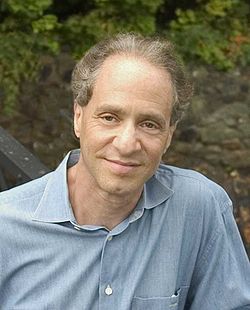 Renowned author, inventor, and futurist, Ray Kurzweil is confirmed as a keynote speaker at TechEd Phoenix!  We’re really excited to have him at TechEd – he’s a visionary and powerful speaker.  Mr. Kurzweil has given some exciting TED Talks – as recently as February of this year.  Check out these links for a taste of what he’ll bring to our SAP audience:

TED Feb, 2009: Ray Kurzweil: A university for the coming singularity

TED May, 2005: Ray Kurzweil on how technology will transform us

In addition, you may have read a recent lengthy article in Newsweek about Mr. Kurzweil.  A couple of quotes from the Newsweek article give an idea of what’s to come in Phoenix:

“Listen closely, though, and you may be slightly terrified. Kurzweil believes computer intelligence is advancing so rapidly that in a couple of decades, machines will be as intelligent as humans. Soon after that they will surpass humans and start creating even smarter technology. By the middle of this century, the only way for us to keep up will be to merge with the machines so that their superior intelligence can boost our weak little brains and beef up our pitiful, illness-prone bodies.”

Wow, pretty powerful.  But these ideas don’t come from a “fringe” thinker – they come from the mind of a man with a very impressive history.  Here also from the Newsweek article:

“Over four decades, Kurzweil has amassed a set of high-tech bona fides that compel people to listen to his ideas, even if they are farfetched. He pioneered development of flatbed scanners, optical-character-recognition software, text-to-speech software and speech-recognition software. He’s launched and sold companies that make reading machines for the blind and electronic-music synthesizers. Four of his books have been national bestsellers. He’s won a string of awards, including the National Medal of Technology, and has been granted 15 honorary doctorates in science, engineering and even music. He’s been an adviser to the U.S. military and has testified before Congress about nanotechnology.”

For more about Mr. Kurzweil, he has a lengthy Wikipedia page here:  http://en.wikipedia.org/wiki/Raymond_Kurzweil

Mr. Kurzweil is a thoughtful, provocative, and very forward-thinking speaker.  We’re thrilled to have him on stage and looking forward to having you join us at SAP TechEd Phoenix to see him!