***  Another big announcement today for TechEd *** 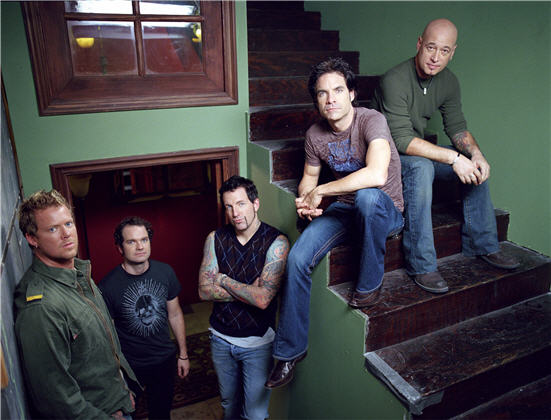 I’m excited to announce that Train will be performing at the TechEd Phoenix Thursday night event!

If you know Train, you’re already excited.  If you don’t, here’s the deal…  Train is a multiple Grammy Award-winning and multi-Platinum band known for chart-topping songs like “Meet Virginia“, “Drops of Jupiter“, “Calling All Angels“, “Cab“, “When I Look to the Sky“, “Something More“, “She’s On Fire“, “Her Eyes” and more.  Train also performed the title song for Spiderman 2 with “Ordinary“.

Their last three albums have gone Platinum and Multi-Platinum – and they have a new album planned for release right after TechEd in late October, 2009.

This is going to be a blow-out night to cap off a great SAP TechEd you’re not going to want to miss.  So make sure to be there and register for TechEd at www.sapteched.com/usa!

Here are some other links for Train:

Spiderman 2 Soundtrack Song by Train (Crank it on full-screen HQ):

Synopsis from their formal biography:

The Grammy Award-winning multi-platinum Train, whose anthemic hits–including “Drops Of Jupiter” and “Calling All Angels” – have earned them the loyalty of fans around the globe while enduring as radio playlist staples across the country.

Formed in San Francisco 1994, Train quickly developed an avid local following and, by 1997, was opening for national bands like Blues Traveler, Barenaked Ladies, and Counting Crows.

When Drops Of Jupiter arrived on March 27, 2001, its title track single, “Drops Of Jupiter (Tell Me),” was already a runaway hit on several Billboard charts. Drops Of Jupiter has gone on to achieve RIAA double platinum status. The single spent a total of 53 weeks on the Hot 100, through April 2002. The track also won a Best Arrangement Grammy for the group.

Each of Train’s studio albums–beginning with 1998’s self-titled debut and carrying on through Drops Of Jupiter and My Private Nation–has achieved RIAA platinum status or better while generating a string of hit singles that touched the lives of the group’s fans in profound and powerful ways: “Free”, “Meet Virginia,” “I Am,” “Drops Of Jupiter,” “Something More,” “She’s On Fire,” “Calling All Angels,” “Ordinary,” “When I Look To The Sky,” “Get To Me.”

(Note that the Train concert is available to registered SAP TechEd Phoenix attendees only.  You’ll need your SAP TechEd attendee badge to be admitted.)